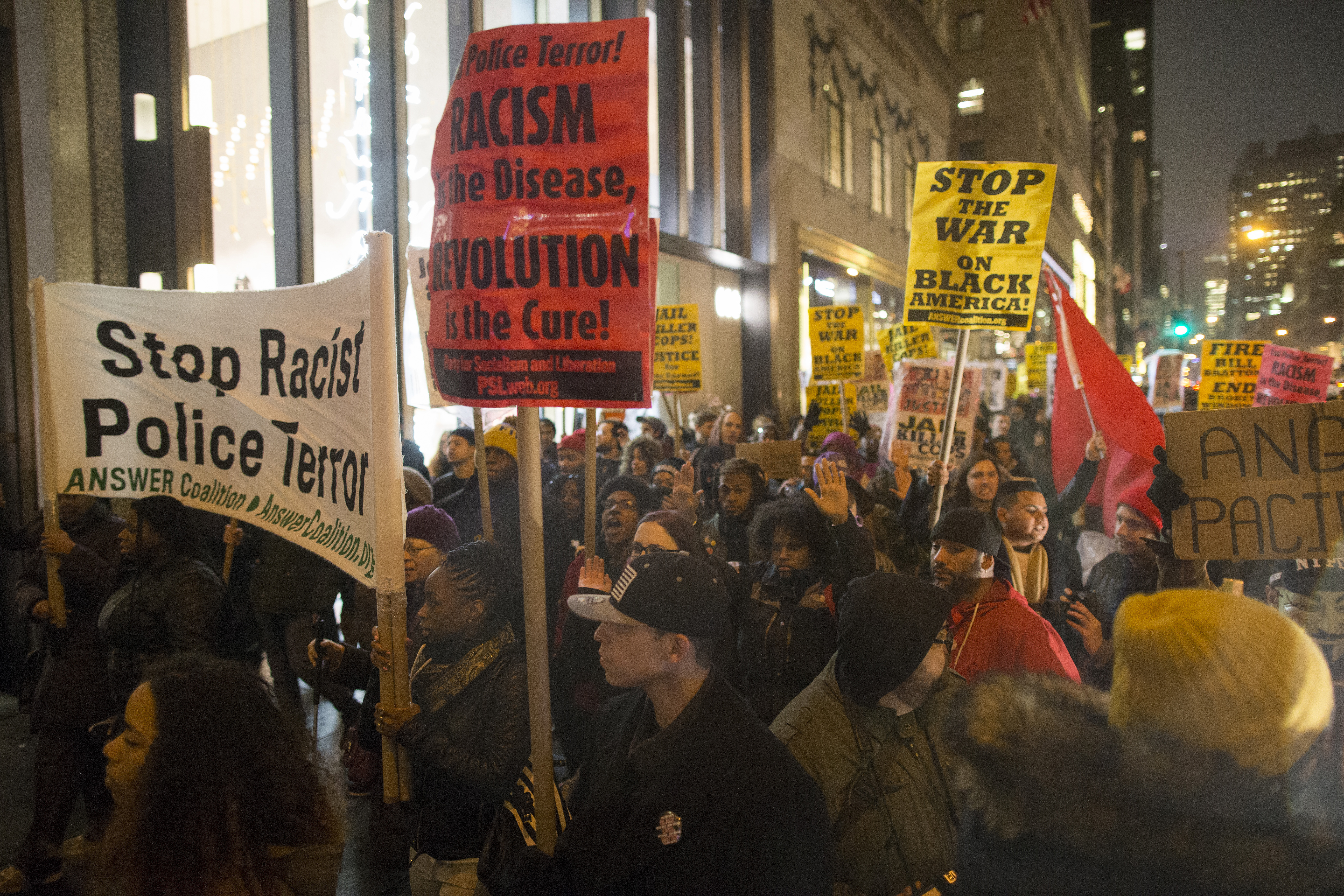 Despite calls from New York City Mayor Bill de Blasio to curb protests until after the funerals of slain NYPD officers, demonstrators took to the streets last night. (Photo by Michael Graae/Getty Images)

“Two families are in deep pain and our NYPD family is in mourning. As I have said, it’s deeply divisive to hold political protests during this period of remembrance,” Mr. de Blasio said in a statement today.

The mayor has repeatedly called on protesters to stand down after the brutal murder of police officers Wenjian Liu and Rafael Ramos, who were gunned down by a man who posted online he was seeking revenge for the police-related deaths of unarmed black men Michael Brown and Eric Garner in Ferguson, Mo., and Staten Island, respectively.

The demonstrations have gripped the city since grand juries chose not to charge police officers in Brown and Garner cases. On the Today Show, Police Commissioner Bill Bratton said the murder of the two police officers appeared to be a “direct spinoff” of the movement. Patrolmen’s Benevolent Association President Patrick Lynch and others have heaped blame on the rhetoric of the protesters and on the mayor for allowing the demonstrations to continue.

Mr. de Blasio has been more sympathetic to the protesters, meeting with one group before the officers’ death and insisting that the vast majority of them have been peaceful and respectful of police. Still, he asked for the demonstrations to cease temporarily.

“I’m asking everyone – and this is across the spectrum – to put aside protests, put aside demonstrations. Until these funerals are past, let’s focus just on these families, and what they have lost,” Mr. de Blasio said Monday. “I think that’s the right way to try and build towards a more unified and decent city.”

That was met with refusal from some protest groups, including “Answer NYC,” which was listed as one of the initiating groups for last night’s demonstrations.

“We intend to continue to exercise our free speech rights upheld by the U.S. Constitution to assemble and engage in peaceful protest against police violence. These rights are not conditioned on the approval of any elected official,” the group said in a statement vowing last night’s protests would continue.

On Monday, Mr. de Blasio harshly rebuffed the notion that protesters commonly linked the NYPD to the Ku Klux Klan during demonstrations, insisting the media was cherry-picking bad actors. But last night, demonstrators once again shouted: “NYPD, KKK, how many kids did you kill today?” according to reports.

Mr. de Blasio once again said those protesters are “on the fringe.”

“Chants by those on the fringe comparing our police to the KKK are not the voices of a credible cause. They are hateful words that attempt to divide this city in a time when we need to come together,” he said.

Public Advocate Letitia James, too, knocked the rhetoric of the protesters.

“Reform will never happen if we demonstrate this level of disrespect. Highly charged comments only hurt the cause,” she wrote on Twitter.

A funeral for Ramos is set for Saturday. Arrangements have not yet been announced for Liu. 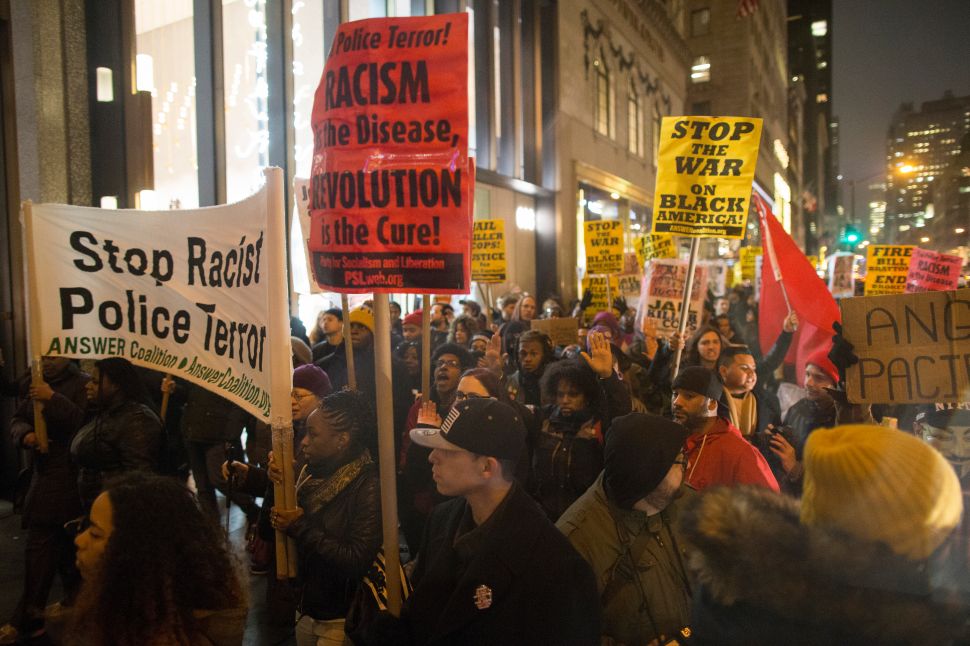