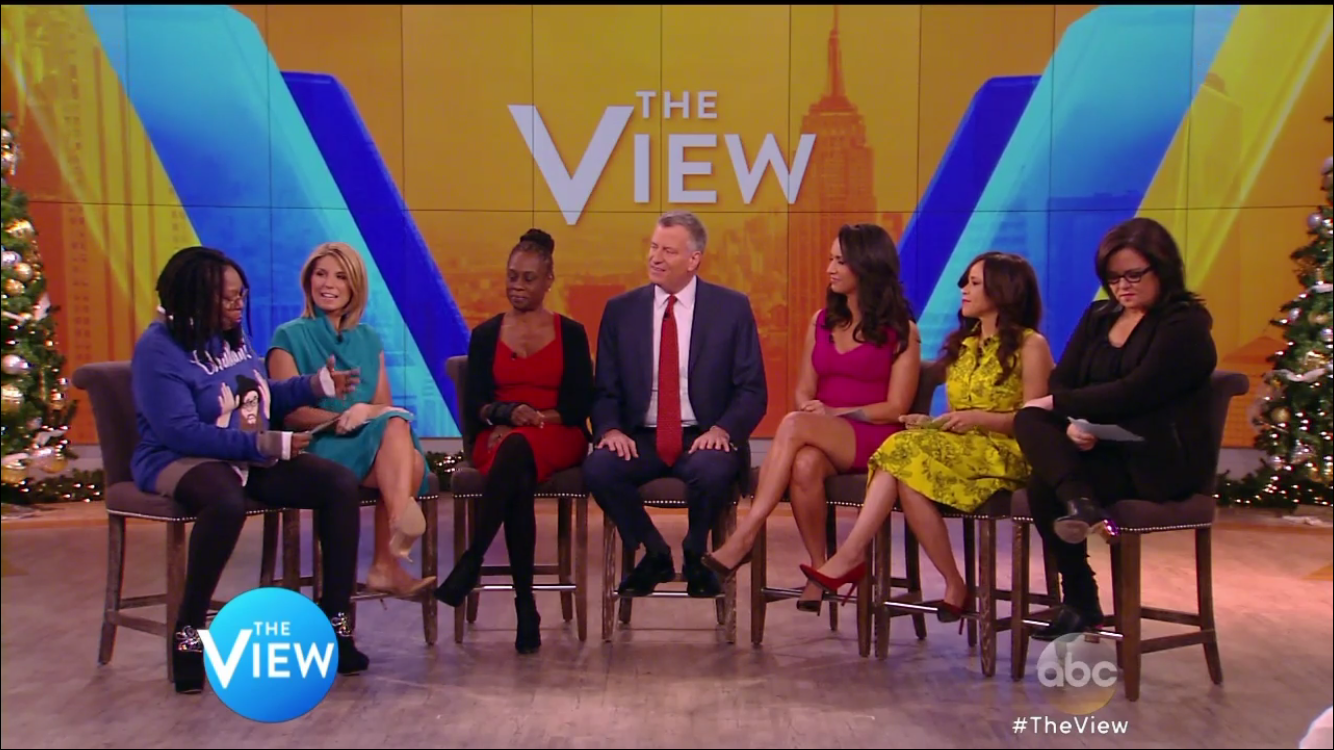 Mayor Bill de Blasio took to the national airwaves this morning to discuss ongoing protests and tensions surrounding race and policing in the city—and on a more personal note, to defend his own conversations about the issue with his son, Dante.

“It shouldn’t be a controversy,” Mr. de Blasio told the hosts of ABC’s The View this morning.

Mr. de Blasio sparked anger from Patrolmen’s Benevolent Association President Patrick Lynch earlier this month when he said he’d spoken to his own biracial son, Dante, 17, about how to stay safe in interactions with police officers. He made the comments in the wake of a grand jury’s decision not to indict a white police officer in the death of a black Staten Island man, Eric Garner.

On television this morning the mayor, joined by his wife Chirlane McCray, again defended the remark and cited the history of racism in the country in discussing those conversations with his son—a dour topic for an hour that also included holiday cooking demonstrations and a song from Frozen star Idina Menzel.

“[It’s] something that’s really difficult for a parent to express, the contradiction. The police are there to protect you, you have to respect the police, listen to the police, yet there could be a misunderstanding because of the history in this country,” Mr. de Blasio said of his talks with Dante. “Some people have tried to interpret that as a lack of respect for police. It’s anything but. I have immense respect for the police.”

Ms. McCray said Dante and his sister, Chiara, have withstood the publicity of being the mayor’s children well.

“I’m very proud of how they handle themselves. We do talk about this at home,” Ms. McCray said of issues surrounding race and policing, “and the conversations are very focused on the positive—how do we move ahead.”

The mayor also addressed the protests that have gripped the city since the Garner decision, his tumultuous relationship with police unions—whom he said don’t represent all cops—and a growing racial divide in his poll numbers showing he remains extremely popular with black and Hispanic voters but disliked by white voters.

“I don’t take them too seriously, to be honest with you, I mean it in a very specific way,” Mr. de Blasio said of his poll numbers. “This is a moment in time.”

And that moment, he said, happens to be one of “pain,” which he said plays a role in that division.

“People saw a man die before their very eyes. That caused immense pain, and it caused basically a rehashing of a painful history in this country,” Mr. de Blasio said. 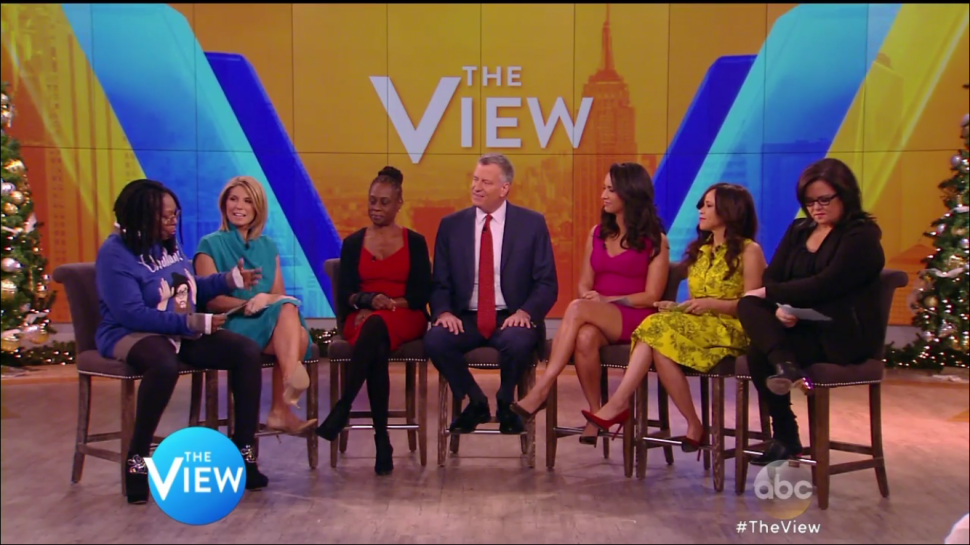