Christmas. It happens every year. And every year, Jews, especially those who are married to Christians, feel weird about celebrating it. Also almost every year,The New York Times is on this so-called “December Dilemma.”

This Sunday, it was reporter Andy Newman’s turn. “In Interfaith Homes, Dealing With the ‘December Dilemma,'” the Times-style headline read. The story this year was specifically about the decision of whether or not to get a Christmas tree when one member of the couple grew up trimming trees and the other grew up lighting a menorah. To find said couples, Mr. Newman used the Times‘ City Room Blog to crowdsource. “If you are simultaneously celebrating Hanukkah and counting down to Christmas, we may want to have a word with you,” the reporter posted last week. Those who qualified and wanted to talk were told to send an email with the subject line “Jews With Trees.”

We give Mr. Newman props for looking for new sources instead of just reaching out to the people who talked to the Times about the same subject in years past.

As far back as 1973, the Times was covering the issue: “To many Jewish parents, it’s ‘the December dilemma’—the question of what to do about Christmas in a land that reveres the holiday not only at the altar, but in the marketplace, the office, the classroom, in every lobby, on every street corner.”

Here’s a (partial) list of the Times‘ earlier coverage of the topic:

Decorate Schools For Holidays–but With What, 2006 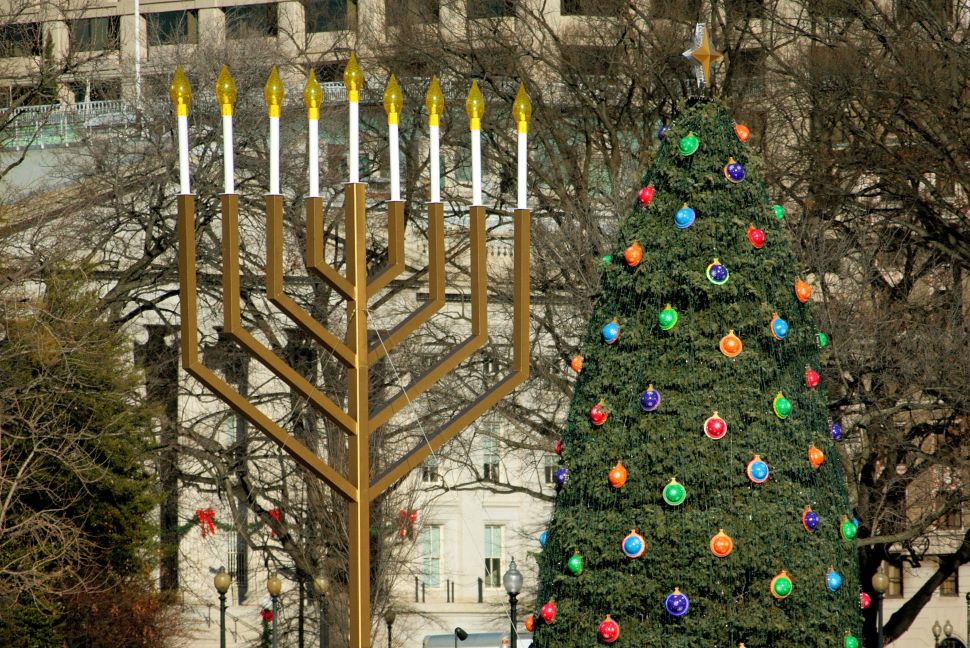