In case you weren’t aware — and honestly, good for you unaware person — Discovery aired a special, two-hour event last night called Eaten Alive, in which naturalist Paul Rosolie attempted to, well, make a gigantic snake eat him. Alive. It was okay because he was wearing a protective suit that looked remarkably like this. Flash-forward to today, and people are pissed about it. Outraged. Genuinely angry. The Twitter storm is in full swing. Why? Because of the danger to Rosolie or, say, the snake itself? Because no matter the safety precautions this is a wanton disregard for both the human and animal’s well-being, really for a pretty shaky “cause?”

No, no people are pissed because a massive jungle snake did not actually eat a human being whole on national television.

Next time I watch something called #EatenAlive, somebody better get eaten alive.

I guess calling this "Getting Squeezed Really Hard" didn't sound as enticing. #EatenAlive

This guy had one job. Literally one fucking job to get eaten alive and he fucked it up

Dear @Discovery Channel, you should have called #EatenAlive "Hugged Alive".

Discovery actually had to issue a statement, that basically says — sigh — “people, please, we’re sorry, Mr. Rosolie had every intention to get eaten alive but the massive constricting force of a snake made him change his mind.”

Let’s take a step back as a whole and take a look at this thing. People are mad, upset, and in some cases downright sad that a living human was not actually consumed by a wild animal for their entertainment. The actual #disappointing was thrown around, because a guy called it quits before a snake ATE HIM ALIVE.

The biggest argument that anyone could possibly bring up is, if Discovery wasn’t going to have the snake eat Rosolie, they shouldn’t have called it Eaten Alive. Fair…I guess. On the other hand, sadly, Discovery doesn’t give a fuck about your feelings. To complain about how disappointing all two hours of Eaten Alive was, you had to watch all two hours of Eaten Alive. Discovery is the same channel that convinced a large portion of the world that the Megaladon was going to ruin your beach weekend and laughed all the way to the bank. Discovery did not ask you to not hate-watch Eaten Alive, because Discovery duped many people to do just that.

And even then, even then I just can’t see what anyone expected. Rosolie wasn’t eaten alive, he called in help as the snake constricted him and sort of tried to eat his head. In what conceivable way is Rosolie going to survive this if it goes any further? And if Rosolie did somehow design a super-suit that allowed him to get inside the entire snake, how exactly does the snake itself survive that? One way or the other you were going to see something die, which one you preferred was a matter of personal opinion.

So, really, what’s going on with all this? I’m afraid that there is a widening schism between quality and expectations on television. On one hand, it seems shows are being specifically designed to be mocked, because being mocked is also being watched. On the opposite hand, people get upset when these shows actually aren’t…good? Maybe not good, but they don’t fulfill “explications.” Well, what are the expectations exactly? For NBC’s two televised live-musicals, one which starred Christopher Walken as Captain Hook, what really did you want? A Tony-worthy performance? And for a show called Eaten Alive? Viewers didn’t take a second to think, “maybe this won’t actually happen?”

Or in what desensitized, over-eager television landscape is the expectation that it will happen an okay thing to hope for?

Part of me hopes that this was the greatest social experiment of all time. That it really was meant to hold up a giant mirror to our current television audience and say “look at you. Look at what you want.” Or, maybe not what you “want.” More like, “look at what you expect.” 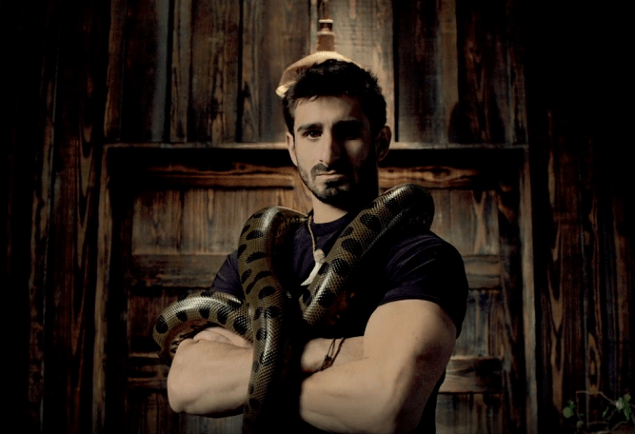