Apparently getting handjobs is now a civil right.

SantaCon, the annual event at which drunken revelers dressed as St. Nick invade Midtown, has put civil rights lawyer Norman Siegel on retainer as a representative. His hiring is part of the group’s attempt to refocus on its original mission, which is to make fun of the overly commercialized aspects of Christmas–SantaCon calls this “culture jamming.”

“It’s about art in public space, creativity, donning gay apparel and being festive,” an anonymous SantaCon organizer told Gothamist. “I believe we need a little bit of culture-jamming in our world before our city turns into a big mall.”

In recent years “culture jamming” has included public urination and vomiting. As such, Bushwick residents revolted when it was rumored the event would take place in their neighborhood.

The organizer told Gothamist that “only .01 percent of Santas act inappropriately.”

Mr. Siegel, who recently represented New Jersey nurse Kaci Hickox during her Ebola scare, is helping SantaCon in its effort to shape up.

“People need to be able to express themselves and do it within the parameters of the First Amendment,” Mr. Siegel told Gothamist.

To keep out any bad apples, the event is promoting a #DontScroogeSantaCon hashtag.

City residents will find out this Saturday if the revamp actually worked. 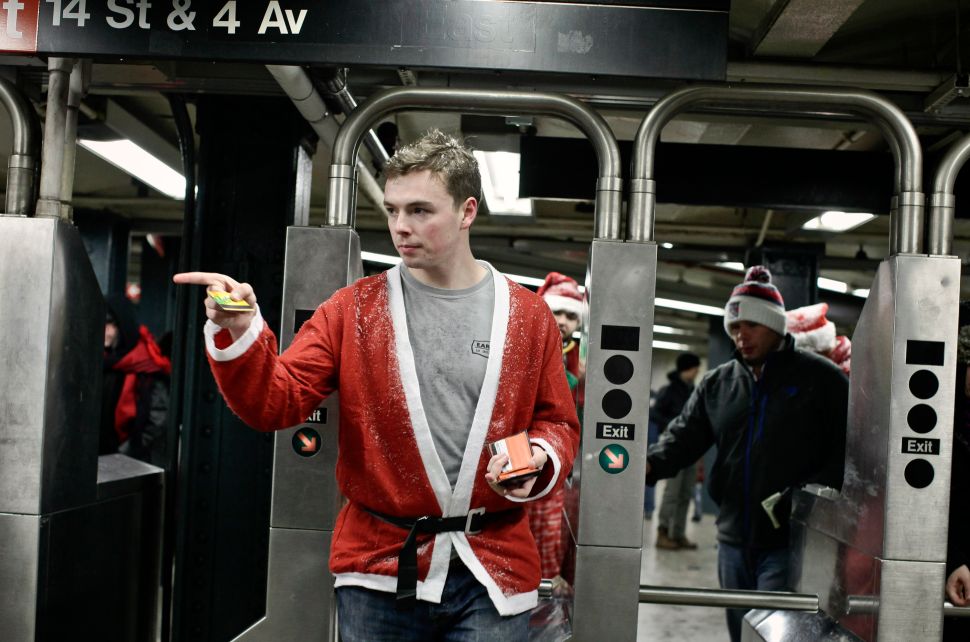