Duncan Campbell is the winner of the 2014 Turner Prize, reports the BBC. The Dublin-born, Glasgow-based artist wins for his 54-minute film titled It for Others (2013), which focuses on African art as illustrated through a Marxist-themed dance by the Michael Clark dance company. The work is a response to Chris Marker and Alain Resnais’s 1953 film Statues Also Die, and was shown at the 2013 Venice Biennale’s Scottish Pavilion.

British actor Chiwetel Ejiofor announced Mr. Campbell’s win earlier today at the Tate Britain. He will receive a £25,000 cash prize, to be awarded in a ceremony at the museum tonight. The artist was one of four shortlisted for the honor, along with Ciara Phillips, James Richards, and Tris Vonna-Michell. 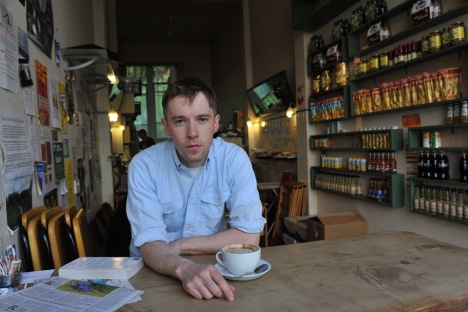