Early last month, finance reporter Joseph Weisenthal was poached from Business Insider by Bloomberg to build an entirely fresh news property and host an upcoming show on Bloomberg TV. Between jobs, he was without a place to publish, which we imagine was borderline torture for someone with a world-eating appetite for news.

So on November 6, when he had something to say about an earnings announcement from King Digital, he put it out to the world in a place where no finance wonk had ever stepped foot: Ello.

It was a moment of fascination, humor and utter confusion for Media Twitter that morning, but that post, and the many that followed, became the catalyst that pulled in attention from the finance community and bloggers—an anachronistic crowd, given that Ello was built mostly as a virtual gallery space for visual designers. Finance Ello was born.

As a Nieman Lab report this morning pointed out:

Through his efforts, uptake has sharply increased. Finance journalists who have migrated to Ello include other Bloomberg employees, Wall Street Journal correspondents, Business Insider writers, Financial Times reporters, Economist bloggers and more. There, they write notes with charts about breaking finance news, share links to published stories and comment on each other’s analysis.

Already Mr. Weisenthal, who is keeping up his activity even as he starts the new gig at Bloomberg, has been joined by voices like Josh Zumbrun from the Wall Street Journal, the blog Squarely Rooted and the Financial Times’ Joseph Cotterill.

Meanwhile, Ello cofounder Todd Berger has been watching from the sidelines. He isn’t exactly a finance wonk himself, but he’s been expecting that small communities of writers would arrive eventually, and kept an eye on Finance Ello.

“We’ve been waiting for something like this to happen,” Mr. Berger told Betabeat. “It’s a little humorous that it’s the financial community that embraced it first, but it makes sense for guys to be highly focused on efficiency would jump on a platform that’s highly easy to use.”

Posting serious content on Ello also comes with one of the most valuable Internet commodities of all: irony. Mr. Weisenthal says that about 20 percent of Finance Ello is a joke—a joke the Ello founders totally get, considering they’ve been on the receiving end of thinkpieces that guarantee their failure and constant jokes that they’re just a viral fad.

“The joke part is that it’s kind of a novelty to post in a totally new place that at first blush doesn’t offer *that* many advantages over what exists,” Mr. Weisenthal told Nieman Lab in an email.

But that means that 80 percent of the finance publishing on Ello is serious business, and given the depth of analysis and insight coming from Finance Ello—and the fact Mr. Weisenthal is going to commit real Bloomberg dollars to hiring a social media editor who can devote time and energy to Bloomberg’s Ello account—it should give pause to anyone who thinks that Finance Ello is just a high-level trolling experiment.

Ello, on the other hand, lends itself well to simple longform writing: you can embed multiple images, hyperlink text, and as an added bonus to nostalgic brokers, analysts and finance journalists, the typeface evokes the monotype courier look of an IMB-era line printer. It’s also completely free of ads, which could be an appeal for business writers who cover moneyed interests for a living.

That’s not to say Ello is a totally polished place to publish. Ello blew up while still in beta, and users have been clamoring for missing features like video embeds and re-blogging. Ello also doesn’t have the advantage of a developed audience like Medium, or the hundreds of millions of native users on Facebook or Twitter—though at least on Ello, you know exactly how many people see each post.

“We’re still really less than four months in,” Mr. Berger said. “Private messaging, re-blogging, the native app—a shit-load of features are still in development. People might be frustrated in what might not be there, but it’s going to be a hell of a lot more robust in the future.”

But regardless of the flaws and growing pains, Ello’s sparse layout, barely-there interface and lack of any history means that Ello can attract artists or writers looking for a truly blank slate. It’s nascent enough that publishing on Ello doesn’t come with any baggage or associations.

“This kind of content feels kind of at home on Ello,” Mr. Berger said. “I’m just happy we made a place where art looks fucking awesome, but financial information looks just as nice.” 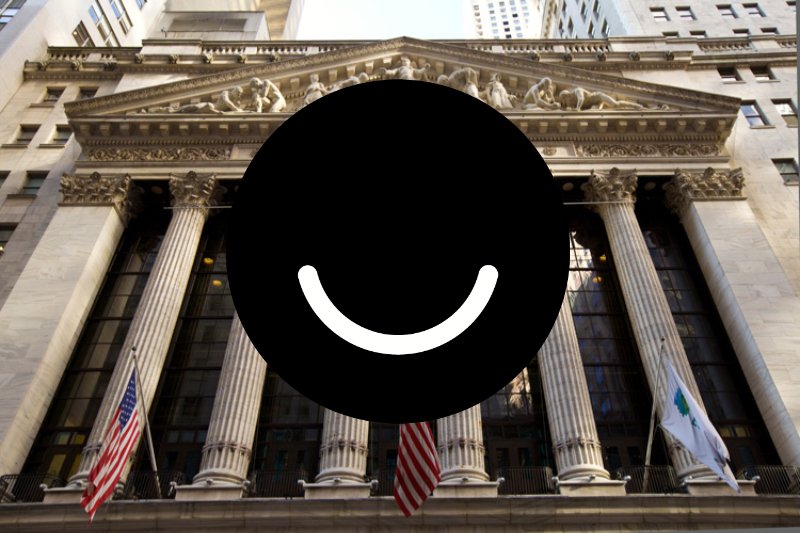