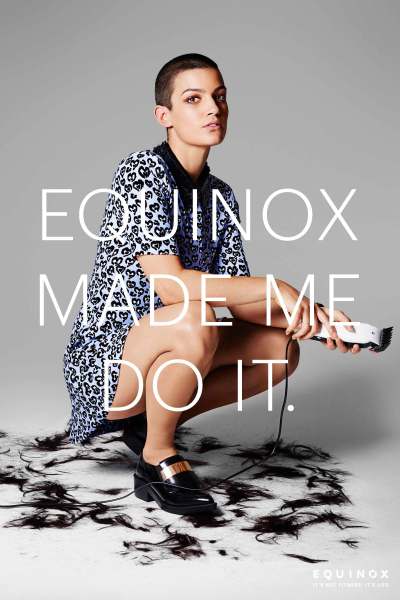 A woman with a freshly shaved head, shot by Rankin. (Photo via Equinox)

As the people of New York City gird their loins in preparation for a January health kick, Equinox has released a new series of vivid and inventive advertisements.

Shot by British photographer Rankin and devised by Wieden+Kennedy New York, the ads use the “Equinox Made Me Do It” slogan that the brand first used last year. The photos look more like fashion editorials than promo spots for a gym.

Two of the photos feature a model in business attire with a freshly shaved head, razor still in hand, and a man cross-dressing in a woman’s sharp office clothes (are the similarities here to Bill Haverchuk’s Bionic Woman costume on Freaks and Geeks intentional?). 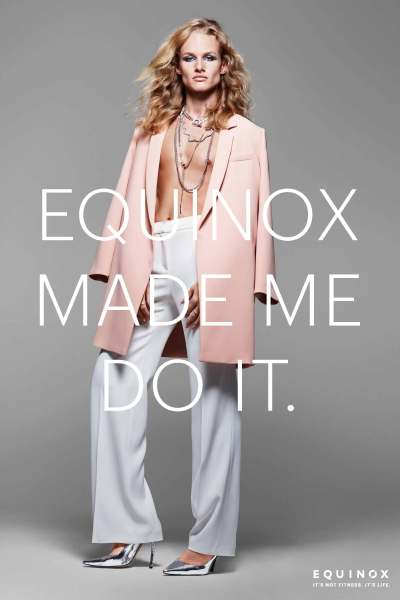 A man in a woman’s power suit, sans blouse. (Photo via Equinox)

Both photos are bold and inspiring. They might cause you to imagine that you’ll become infinitely more badass at work if you join Equinox. Simply carve up your physique like one of the models, and you’ll be gorgeous and brave enough to pull off a Sinéad O’Connor ‘do, or a blazer and statement jewels with no blouse underneath.

“Our members were the true inspiration behind the Equinox Made Me Do It campaign, and this year we saw an opportunity to evolve the narrative and the stories portrayed,” said Carlos Becil, Equinox’s CMO, in a press release. “Everything we do at Equinox is grounded in the idea of high performance living, empowering our members to be bold, be risk takers and push their limits, inside and outside of the club.” 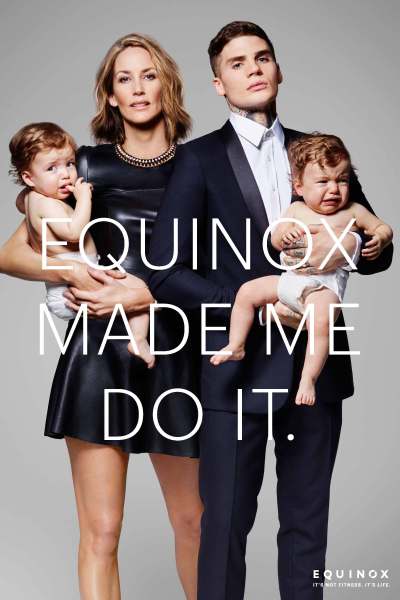 Equinox made this guy with a neck tattoo start a family. (Photo via Equinox)

Last year, the Equinox Made Me Do It campaign focused on scantily clad, hard-bodied, oiled-up men and women behaving badly in various situations — hopping fences, hiding out in car trunks, skinny dipping in the ocean at night. Those photos, shot by Robert Wyatt, evoked spring and summer vacations and might have inspired the viewer to set a deadline for fitness. The work-minded 2015 ads, on the other hand, make us feel like there’s no time but now to get in shape — real life officially starts up again in just a few days, after all.

The company dumped fashion photographer Terry Richardson after their 2013 campaign, which featured more overtly sexual imagery, placing a focus on desirability rather than power. Equinox has never said whether Mr. Richardson’s newfound lecherous reputation had anything to do with their canning him, but it couldn’t have helped.

The new ads are a welcome departure from the company’s prior, more sexualized fare. They might just inspire us to get off our bums and hit the gym. 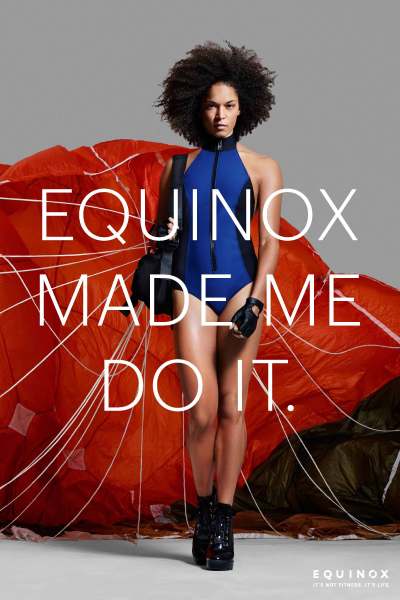 A photo from Equinox’s 2015 campaign. (Photo via Equinox) 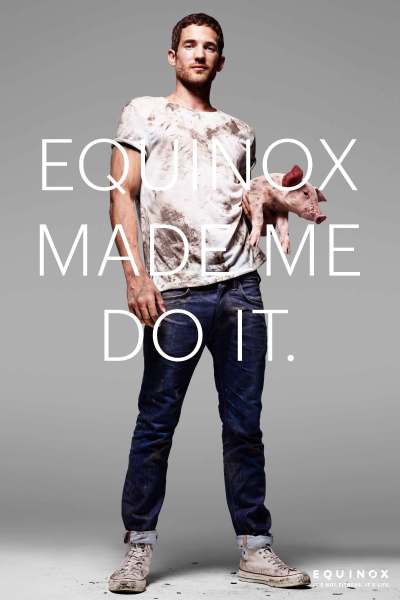 A man with a piglet. (Photo via Equinox) 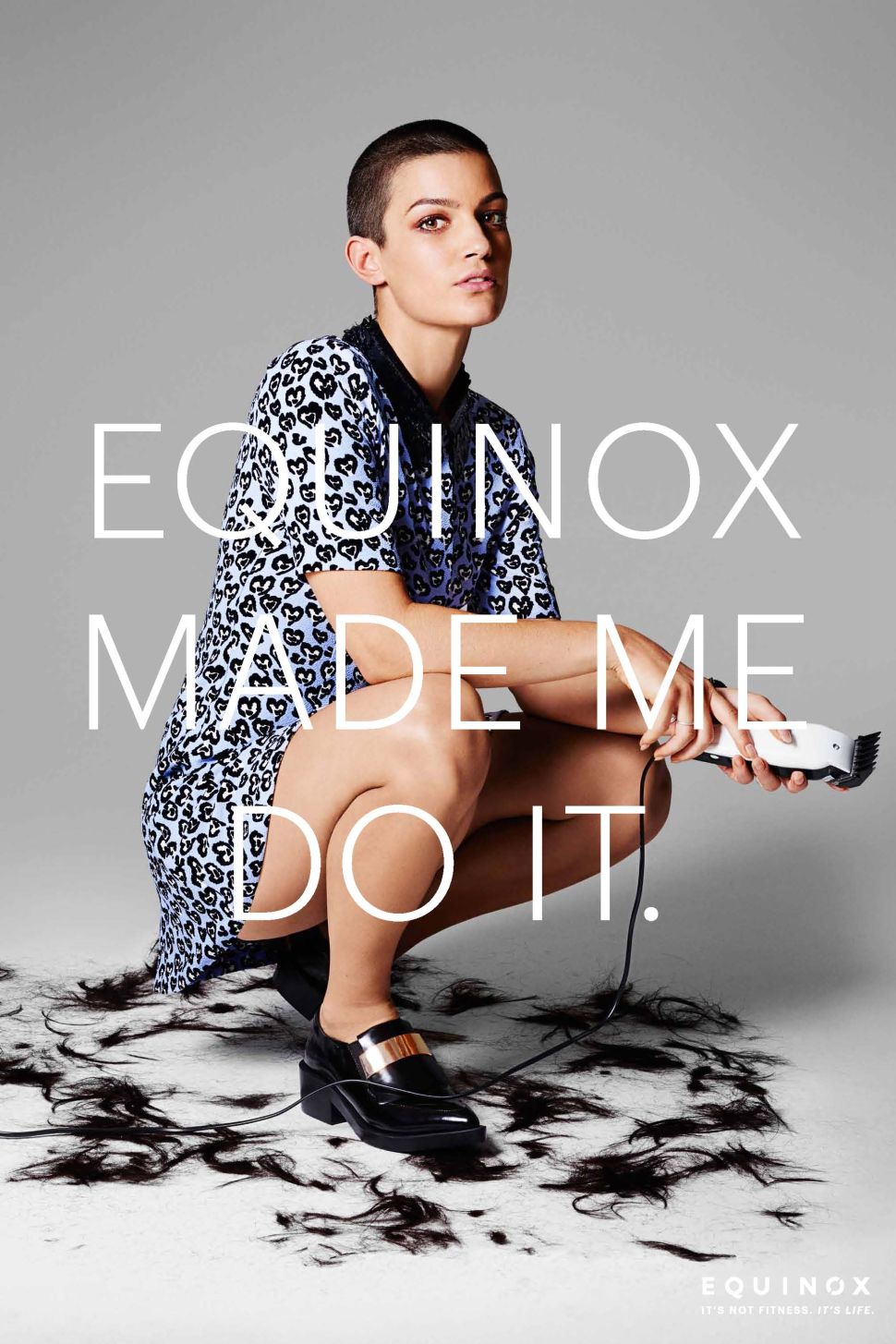