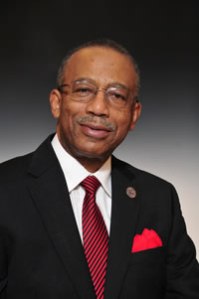 The veteran Democratic Party leader was the immovable force behind local political machinations in his hometown of Irvington.

“I’m saddened for any number of reasons,” said Essex County Democratic Chairman Leroy Jones. “I’m sad for the family. Bilal has been a patriarch for a long period of time. I’m also sad because I lost a personal friend. In the business we do, he has been a teacher and a mentor for the extent of my political career. Bilal was a leader who in 1988 saw something in me. Most important, he was a political ally. in his later years he became the conscience of the Democratic Party: a man’s man and there are not a lot who can lay claim to that. He was a man and family man who happened to do something called politics.

“He leaves a great void in Essex County,” Jones added. “It would be a crying shame to not pay attention to the legacy he left, of fairness, compromise, respect and collaboration. Those are my thoughts on my friend, who I loved dearly.”

“Bilal Beasley was a consummate public servant who represented the people of Essex County with dignity, compassion and class,” said Essex County Executive Joe DiVincenzo. “An Irvington Councilman and Essex County Freeholder, he was a gentleman who was a friend to those he served. Our deepest condolences go to his wife and family.”

Mr. Beasley served at the local level, on the Irvington Municipal Council, and in addition to his duties as freeholder was heavily involved in Essex County politics.

In 2007, he ran against incumbent state Senator Ronald L. Rice (D-28), who narrowly defeated him.

In 2014, he decided against pursuing re-election.in District 2.

But all politics in Irvington went through Mr. Beasley, who served as local party chairman starting in 1994, and who this year decided to back Tony Vauss over longtime incumbent Mayor Wayne Smith.

Vauss defeated Smith – widely regarded as a big victory for Mr. Beasley, mild-mannered and gentlemanly but ever the undisputed power player.

“I can retire on a high note,” a happy Mr. Beasley told Vauss supporters on victory night in May.

“He was always part of someone’s victory,” Jones said. “This was his way of passing the torch.”

Friends noted with a touch of sadness the fact that he died just prior to serving out the entirety of his last term, which concludes at the end of this month.

But they also concede he likely wouldn’t have rested.

“His wife had to take his cellphone away because he was always planning the next event, the next affair; constantly developing a base,” Jones said. “Lebby Jones of Irvington [his successor on the freeholder board] won because of him. He was always organizing.”

New Jersey Democratic Chairman John Currie expressed his own condolences in a statement.

“We knew each other for many, many years and I will miss working alongside him as we championed the causes of New Jersey’s less fortunate,” Currie said.

“For decades, Mr. Beasley served the people of Irvington Township and, more broadly, Essex County. He definitely earned his place in the New Jersey Municipal Legislators Hall of Fame. Much of Mr. Beasley’s work centered on the need to improve housing and encourage redevelopment. He understood the importance of basic services, including food and shelter, to the dignity and success of his constituents, as highlighted by his work on the Newark Housing and Redevelopment Authority and as a Commissioner of the Irvington Housing Authority. And when he wasn’t helping put roofs over people’s heads, as a partner in his family’s successful shoe care business, he was literally putting shoes on their feet.”

A product of the Newark Public Schools, Mr. Beasley from the start made his political mark in neighboring Irvington.

Mr. Beasley retired from the Newark Housing and Redevelopment Authority in 2002 and served as an Irvington Housing Authority Commissioner since 1998.

Partner in a successful family shoe care business located at Newark Liberty International Airport, Mr. Beasley was a founding member of Newark Emergency Services for Families, and involved in many civic activities including the Irvington Chapter of the NAACP, Chairman of the Irvington Dr. Martin Luther King, Jr., Commemorative Committee, the South Ward Joint Block Association and Friends of Irvington Park.

Freeholder Beasley was inducted into the New Jersey Municipal Legislators Hall of Fame in 2009 in recognition of his more than 20 years of holding elected office. 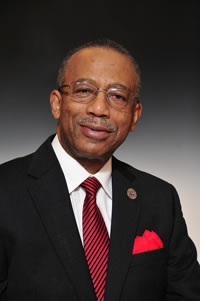