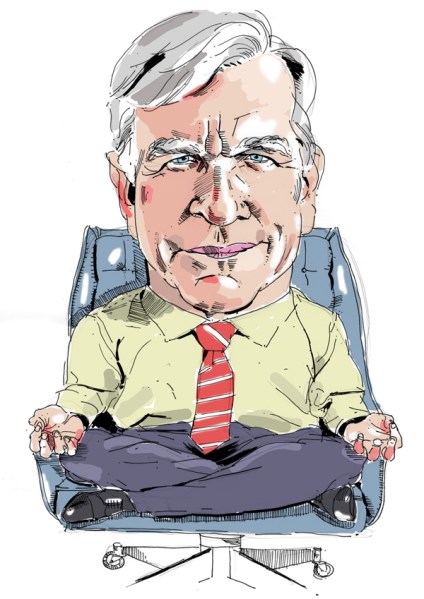 As executive editor of The New York Times from 2003-2011, Bill Keller supervised a staff of 1,250. Now Mr. Keller, editor-in-chief of The Marshall Project, an online start-up that covers criminal justice issues, manages about 2 percent of his former workforce. He even makes the coffee. “We have a Keurig  … so I can make my own coffee, and I occasionally make a cup for somebody else,” said Mr. Keller in his modest Midtown office, the door of which is adorned with a handwritten sign: “Clear Eyes. Full Hearts. Can’t Lose.”

According to the Marshall Project website, “there is a pressing need for high-quality journalism about the criminal justice system.” Isn’t that an indictment of mainstream media, including your former employer? It’s an indictment in a couple of respects. One is neglect, and the other is kind of caricature. And by caricature I mean, the “if it bleeds, it leads” local television format. And by neglect, I mean, partly for just purely financial reasons, a lot of the places that used to cover criminal justice don’t anymore. I actually think my former employer has amped up its coverage of criminal justice within that last year or so.

Maybe they’re afraid of you. I’m happy to take credit, or maybe we just caught the same wave.

You worked in both the Soviet Union and South Africa, two particularly Orwellian societies. Is there a law in this country that reminds you of your days in South Africa and Soviet Russia? One of the things that [Soviet Russia  and South Africa] had in common was that they were closed off to criticism. We were just talking this morning about a legislator’s proposal that’s working its way through the Pennsylvania legislature—an overreaction to the infamous Mumia [Abu-Jamal]—the notorious cop killer and bête noire of all right thinking believers in law enforcement—who was invited to give a speech at a university. And they basically tailored a piece of legislation which would make it illegal, and make you civilly liable, if you do something that would cause pain to the victims of crimes. So all of the people who would be caused some emotional distress by hearing or reading a speech that Mumia gave—or even in encountering the idea that this felon, cop killer was allowed to speak in public—those people should be entitled to sue for damages. I did think when I read about that law that this is something that the South Africans or Soviet Union would have loved.

Dean Baquet, now your successor at the Times, famously admitted that he punched holes in the wall at the paper’s Washington bureau. Have you done that? I’ve never punched a hole in the wall. I’m famously Zen. I mean I compartmentalize well—or so I was told once by a shrink.

When were you the most un-Zen while at the paper? One thing that made me defensive was the notion that The New York Times was this citadel of liberal activism—the whole notion of trying to be impartial was a fraud or a façade. And I tend to take that very personally because I think it is bullshit. Something that didn’t make me angry but used to drive me nuts was how otherwise sane people get twisted out of shape over things like rank and title.

I’m a new editor and a former reporter. Any advice? The ones who have the hardest time making the transition from reporter to editor always have a hard time letting go of the story. They want to do the story exactly the way they’d do it. You can ruin a reporter by doing that. So one piece of advice is to try and bring out the best in the reporter and let the reporter get the credit and have the reporter do the work. You know making stories better is great, but making reporters better is much more enjoyable. 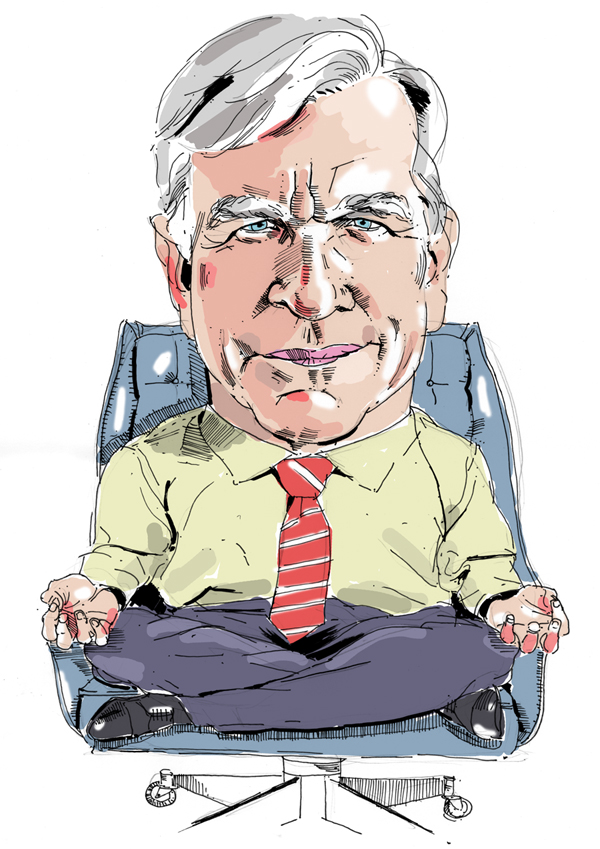