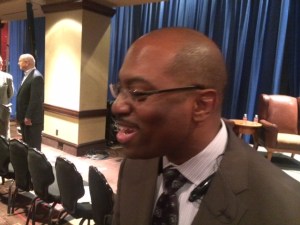 “After much self-reflection and conversations with my wife, various constituents and leaders in this legislative district, I feel that it is critical that my candidacy be part of the discussion as we seek to fill the vacancy of Congresswoman-Elect Bonnie Watson Coleman, a seat once held by her father, the iconic late, Assemblyman John S. Watson,” Frisby, a Democrat, said. “I share the same values and passion as our Congresswoman-Elect and want to continue to ensure that those who have been underserved have a voice. I have spent my professional career advocating for children, the underrepresented and underserved. I have been adamant about engaging communities and utilizing their collective momentum to strengthen the process of successful change.”

Frisby announced last month at the New Jersey League of Municipalities Conference that he was forming an exploratory committee to evaluate a possible run for the LD 15 Assembly seat held by Watson Coleman, who was elected to be New Jersey’s first African-American Congresswoman in November.

Frisby, 46, of Trenton, who is completing his first term on the Mercer County Freeholder Board, also served as Trenton’s director of recreation, natural resources and culture under the administration of former Mayor Douglas Palmer. The CEO of the Trenton YMCA, Frisby is also the son of prominent political consultant Jeannine Frisby LaRue.

Frisby also announced that he has received endorsements in his bid for the 15th Legislative Assembly seat from Mayor Jackson and the Insulators & Asbestos Workers Local #89.

Frisby told PolitickerNJ on Friday that his possible denial of the leadership of the Mercer freeholder board is “retaliation” for his LD 15 run.

Freeholder Chairman Andrew Koontz replied that “in no way” does the Mercer freeholder board seek to punish Frisby, who is currently the board’s vice chair, at the board’s reorganization meeting on Jan. 2.

The special Democratic convention to determine the party’s nominee for the LD 15 seat, which includes municipalities in Mercer and Hunterdon counties, is scheduled to be held on Jan. 24. 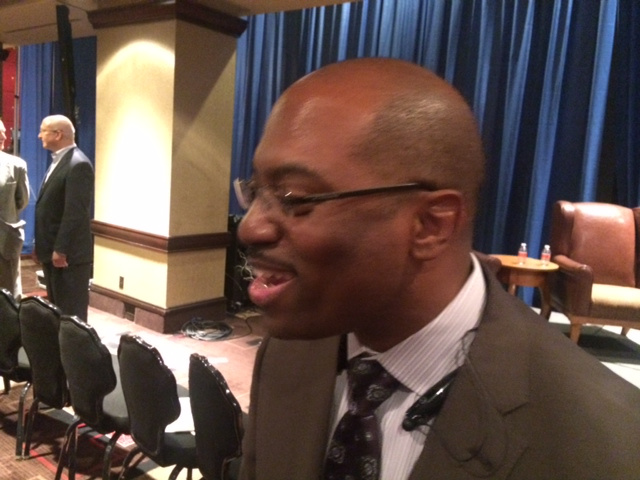