2014 was the year that drones found their way into the mainstream as tools for photographers, police officers and even badly-behaved brands. So what’s next on the horizon for drones?

Game of Drones founder Marque Cornblatt, a robot builder and creator of the Aerial Sports League, bills his company as the “bad boys” of the drone biz. He believes that not only are drones going to be everywhere soon, but that his company is going to be the premier label for drone sports, drone television, drone combat and all other drone media.

Mr. Cornblatt’s vision is only a few years in the making, and it started with a handful of drones, a shotgun, a Kickstarter campaign, and Flight Club.

The First Rule of Flight Club

Three or four years ago, Mr. Cornblatt and his friends were in a barn drinking beers and flying drones around when someone gets the idea to make them fight—whoever has the drone that hits ground the most loses. They started meeting on Friday nights in that same barn to send drones crashing into each other, mounting weapons, nets and other gladiatorial flourishes. What will no doubt someday be referred to as “the earliest set of drone fighting rules” was drafted and Flight Club was born.

But bringing expensive drones along just to destroy them means that makers and technicians showing up to Flight Club needed to make drones cheaper and stronger—if not just to save some money. The remote-control gladiators were bringing in drones made with laser-cut cardboard, spare parts from Home Depot, 3D printed pieces, carbon fiber, and anything else that would save them the cost of having to spend the next week on an expensive rebuild.

Mr. Cornblatt and his business partner built a workshop for better drones and started playing with military-grade, bulletproof materials. When the workshop grew into a warehouse and it came time to build a business, Game of Drones was born on Kickstarter.

Small drones were fickle and delicate only a few years ago, but Game of Drones had footage of their airframes landing on and smashing into light poles. In one clip, they blow one of their own drones out of the sky with a shotgun—a drone that Mr. Cornblatt still flies into battle today.

“People did that thing, you know? ‘Shut up and take my money,’ ” Mr. Cornblatt said.

But drone warriors aren’t the only people who need tougher quadcopters. Mr. Cornblatt was getting calls from law enforcement, fire officials, and the military—anybody who wanted to experiement with drones, but needed something that could take a beating. Many drones are disassembled and packed away in foam-lined, hard shell cases when operators are through with them, but Game of Drones was building something you could throw in the back of a pickup truck.

So in order to market the hardware and have some more public fun, Game of Drones started taking their gladiatorial show on the road. And that’s where they discovered the future of their own business.

“Originally, we thought the sports league was a way to promote the hardware,” Mr. Cornblatt said, “but in a way, the league’s become the driving force.”

When we first encountered Game of Drones, the road show had developed into the Aerial Sports League (ASL), and was drawing in hundreds of people at a time, along with dozens of competitors who would travel to make the cage-match. At the World Maker Faire in New York City, Kids sat on janky bleachers with hotdogs while mustachio’d engineers fought drones against freckled code monkeys—an odd fusion of rural demolition derby and nerdy tech meetup, with rudimentary score-boards and WWE-style announcements.

The rules are simple: you start with three points, you lose a point every time your drone hits the ground, and the first person to zero loses. If the drone goes down and can’t get fly again, you have 90 seconds to repair your drone on the fly—a nerve-wracking audience-pleaser every time it occurs.

The event is meant to be family-friendly—the unhinged antics of Flight Club have been pulled back so that everyone from Boy Scouts to church groups can get involved. And even as they can’t keep their proprietary product in stock, the ASL is far outpacing their airframes in terms of demand.

“We’ve done New York, California and Vegas, so we’re now franchising it out,” Mr. Cornblatt said. “We’re establishing the ASL as the premier league for drone sports. Not just for combat, but all of drone sports—we keep expanding it to accommodate different interests.”

Those other “interests” are more drone sports: racing, stunt flying, obstacle courses and whatever else hasn’t been imagined yet. The major fairs have made for a Come-to-Jesus moment for Game of Drones, and now Mr. Cornblatt sees drone sports as the future of the business. After all, if drones are going to take off into the mainstream, why shouldn’t he be running the NFL of aerial competition?

As for the legality of all this drone warfare, Mr. Cornblatt says that the messy area of drone laws doesn’t really apply to what Game of Drones does. The ASL flies drones in garages and netted cages, not in the skies—the Federal Aviation Administration has no say over what happens in those arenas. But that doesn’t mean he doesn’t take a position on drone legislation—he still finds himself pulled into the politics, and with strong feelings.

“We can’t help in the drone world but be political, whether we want to or not,” Mr. Cornblatt said. “It’s almost like American gun culture—there are people who just want their rights.”

Still, the fever pitch around drones just draws more attention into the issue. Every amazing professional quadcopter video—and then every attempt to shut down commercial drone operation—draws more eyeballs to drone recreation. And Mr. Cornblatt wants as many eyeballs as possible.

“We’re positioning ourselves to be the first major drone media brand.”

What Happens in Vegas

Even before drone sports have come to maturity, Game of Drones is ready to bring them into the limelight—starting with their recent Las Vegas debut.

Game of Drones was hired as “interactive entertainment” for a corporate training event (Mr. Cornblatt won’t say for who) at the MGM Grand, and hired five extra ringers to handle the operation. They tore down the cabanas of a pool-side open bar and built a single long safety-zone where over 4,000 sloshed guests could race around a track, weave through obstacle courses, and fly the first drones ever flown on hotel grounds.

Mr. Cornblatt was pleasantly surprised at the success of the event, and getting an early taste for wide-scale entertainment has him thinking about the next step for Game of Drones. But what follows after the live show in Vegas? Television, of course.

“I see us doing a permanent show in Vegas, but we’re going to have a show on TV very soon,” Mr. Cornblatt said. “It’s an inevitability—the TV show frames itself around the development around that Vegas product.”

Another show concept would be a sort of Robot Wars revival for drone combat that would encourage more people to start their own leagues, growing the community of competitive drone athletes the same way competitive gaming is finally coming of age. That’ll come once Game of Drones, which is used to doing things their own way with their long-running YouTube series, finds the right fit with a production company.

“We’ve been signed with a couple of production companies—we’ve been very aggressively getting it out there,” Mr. Cornblatt said. “There’s constant churn in the world of television for offbeat characters.”

Where the ASL favors family-friendly fun, the show would go “back to roots” with flamethrowers, paintballs and other theatrics. But where will all of the money come from? Mr. Cornblatt isn’t worried about that: the hardware end of the business is successful and growing—within one year, Mr. Cornblatt wants to put out a drone that races and fights out of the box for under $100—and being based in Silicon Valley doesn’t hurt when you’re in a buzzy sector in tech.

“We’re in the ground zero of capital,” Mr. Cornblatt said. “People are excited and throwing small bits of captial at us, even when they don’t know what it is they’re investing in half of the time.”

If all this makes Mr. Cornblatt sound arrogant or excitable, we assure you he’s not. He just takes the future of drones seriously, and truly believes in the growth of that market beyond niche uses and gimmicks. Where some people see publicity stunts and bad legislation, Mr. Cornblatt sees Cirque du Solei, nationally syndicated shows, paintball guns, nets, leagues, race tracks, pyrotechnics, lights, cameras, action. 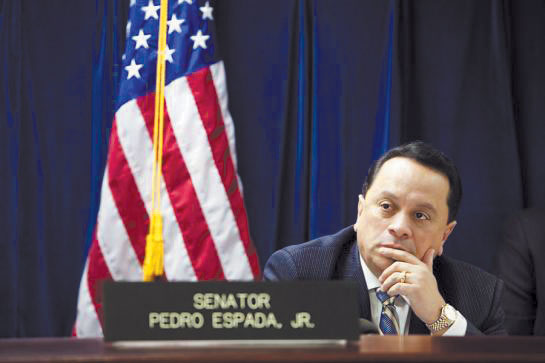