Because the news that British hottie Matthew Goode would be making in appearance at Downton this Christmas wasn’t enough to get you excited, here’s a little glimpse of George Clooney, who Deadline Hollywood claims made (a longer version of this) teaser video for ITV’s Text Santa charity event.

So basically, here’s a seven second video of George Clooney turning around with Don Draper-like panache to save Lord Grantham from certain financial ruin, yet again. Take it or leave it.

In other news, I’m really done with teaser trailers. Back in my day, we just called them “commercials,” and they were twice as long, and they tried to sell you tangible goods and/or services. Kids today….bah, humbug! 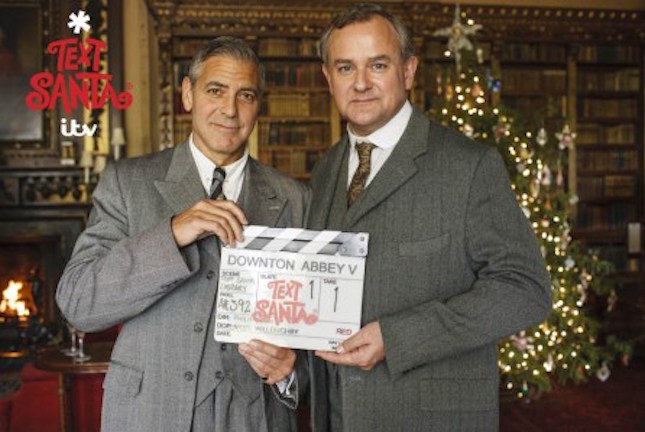