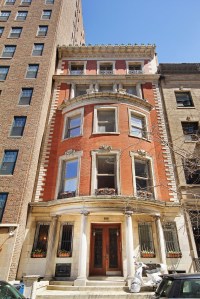 With its bow front of red brick, the 30-foot-wide Georgian townhouse at 323 West 74th has always lorded over the lesser, narrower townhouses that share its block between West End and Riverside. Nor is it surprising that 323—more mansion than townhouse, with half-moon marble stairs and a Doric-columned portico instead of a stoop—has attracted its share of yearners over the years.

It was, for example, where steel magnate Charles Schwab took up residence while his mammoth French Renaissance Chateau was being constructed across the street. And where industrial heir George Gould secretly installed his socialite mistress and their children, the hushed-up situation causing such speculation that the Sun deemed 323 “one of the mystery properties of the city.”

More recently, it has been the home of Van and Michele Velle, the owners of a medical publishing business who bought the place for $999,000 in 1995—a deal that they managed to close only by agreeing to buy the seller’s Asian antiques and borrowing $80,000 from their broker, who described the unorthodox loan to the Times thusly: “I’ve never done it before, and I’ll probably never do it again, but I trusted them. They’re a very special couple.’’

Back then, the Times noted, the Velles had neither stock, nor savings, nor TV, nor car. And their children went to public school; the takeaway being that a middle-class family “with skill and careful planning, entwined with good luck, it is still possible to live in a mansion.” 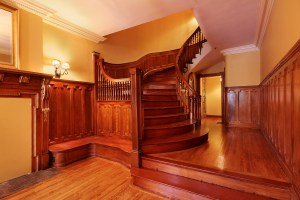 The vestibule is undeniably grand.

Not anymore—the six-story manse is currently listed for $22.5 million with Maria Manuche of Corcoran, a price likely to require somewhat starry-eyed buyers if it is to fetch full ask.

While the home still exerts a powerful pull with its sweeping bentwood staircase, Hudson River views, rooftop hot tub and seven fireplaces, the new owner will most likely want to renovate. It’s currently configured into six units, with an owners’ triplex whose vibe veers somewhere between Tuscan and East Coast nautical, which may not be to everyone’s taste, though the front and back terraces off the penthouse addition almost certainly are. 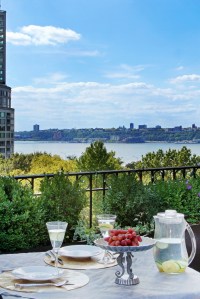 A rooftop terrace offers views of the Hudson.

“The family typically entertains by having cocktails on the back terrace as the front terrace is being set up for dinner,” Ms. Manuche explained. Which sounded, we had to admit, rather dreamy.

Dreamier still is the fact that the current owners boat to their house on Nantucket from the nearby 79th Street basin—a slip that is not, unfortunately, included in the deed. 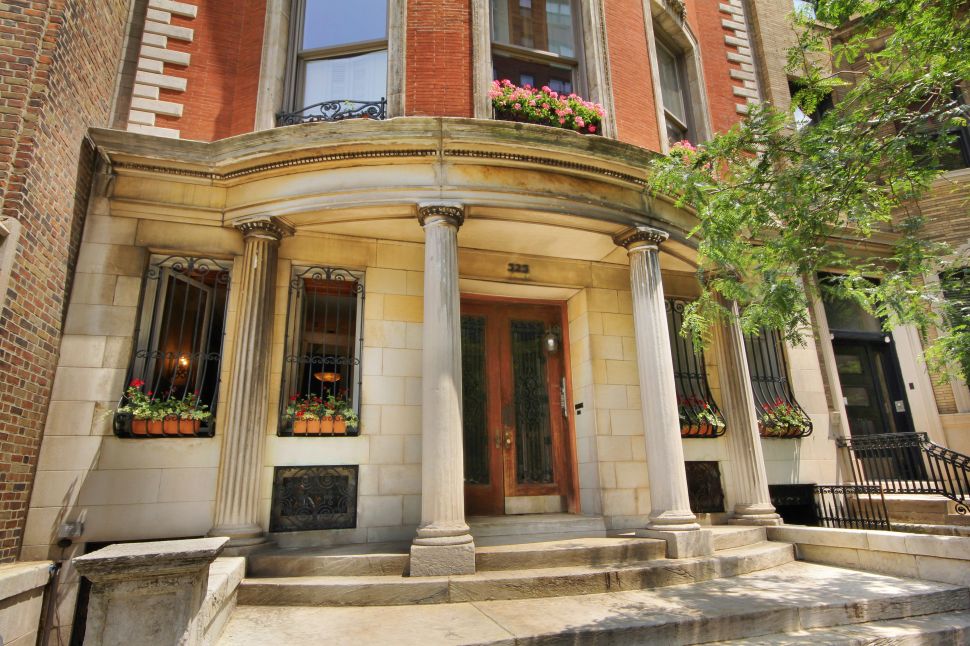