The Center for an Urban Future released today the seventh edition of its annual State of the Chains report, which ranks the national retailers with the most outlets in New York City, as well as elucidates the ebb and flow of national chains operating in the five boroughs. As we noted recently, last year’s State of the Chains found an increase of only 0.5 percent between 2012 and 2013 in the number of chain stores in the city, “the smallest year-over-year increase” since the Center began compiling relevant data and a notable drop from the 2.4 percent gain recorded between 2011 and 2012.

Alas, that relatively sluggish growth does not seem to have been indicative of a change in consumer preferences or of market saturation. This year’s report found an increase of 3.3 percent, “the largest annual increase since the 4.1 percent increase from 2009 to 2010,” according to an email from Center executive director, Jonathan Bowles.

Queens led the charge, with a larger year-over-year increase than the other boroughs, and Dunkin’ Donuts maintained its place atop the chain store heap, with a total of 536 locations, 21 more than last year. New Yorkers evidently have near-limitless appetites for mediocre baked goods and preservative-rich deli products, preferences that go some way toward explaining Dunkin’s seven-year reign in the top spot and Subway’s second-place ranking, with 468 locations citywide.

Other high-placing competitors included Duane Reade/Walgreens (318 stores), metroPCS (298), Starbucks (282), McDonald’s (245) and Baskin Robbins (211). The nutritional supplement seller GNC managed a tenth place finish, perhaps buoyed by shoppers feeling guilty about all those meals at the aforementioned fast food chains. Overall, about a third of the 300 retailers on this year’s list grew their footprint in the city “by at least one store over the past year.” Among the fastest growing chains were metroPCS, CVS, GNC, Checkers and Chipotle. (Also: Tiger Schulmann’s?? Who knew?)

Cold Stone Creamery, Ashley Stewart, Crumbs, Blimpie and Sbarro were among those that weren’t doing so well, losing several city outlets each. As far as we can tell, only Michael Scott is upset. 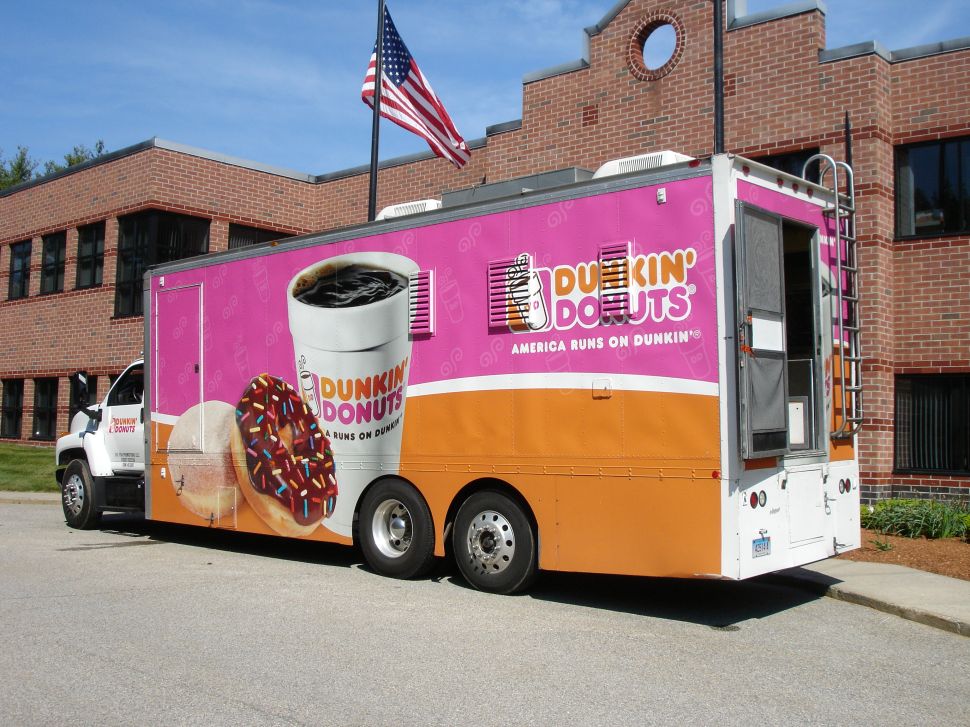