My first ever recapping assignment for tvDownload was a little HBO vamp-drama called True Blood. You may remember it as the show with the twisty-headed sex scene. Or the one with this big, dumb naked werewolf. Or the one that kept Anna Paquin employed for seven years. Regardless, it came down to me to duly recount the happenings of True Blood’s seventh and final season.

Looking back on them now, the True Blood recaps read less as recaps and more as Edgar Allan Poe-esque journals of a man slowly being driven to the point of insanity over the course of ten weeks. That season was the drizzling poops, and even worse none of it made any sense at all. Up was down, left was right, Hoyt was a baritone miner from Alaska. Brutal stuff.

And then, just like that, on August  24 the finale aired and True Blood was over, if not with a bang then definitely with an inexplicable amount of Bill Compton’s blood. Poof, gone not just for a season but forever. In the time since, after watching countless hours of much higher-quality, critically-lauded television, I can only come to one conclusion:

I haven’t had nearly as much fun watching anything else on TV since True Blood.

I’ve contemplated over sleepless night after sleepless night as to why this could even be. I don’t want to fool anyone into thinking True Blood was a good show. It was awful. I would’ve paid good money to sit in on that writers room, if only because I’ve never seen that many monkeys in one place before. The seventh season had so many plot holes in its overarching story that if you stopped and attempted to make sense of them all this would literally be you.

So why? Why do I still yearn for that familiar BUH NOW NUH NOW, NUH NOWWW guitar riff that starts every episode?

I think by now we’re all familiar with the term hate-watching, but for the uninitiated here’s the definition from the Oxford Dictionary: “to watch (a television program) for the sake of the enjoyment one derives from mocking or criticizing it.” It’s an unfriendly term, for sure, steeped in negative connotations but I think my hate-watching for True Blood developed into something more beautiful.

Way back when, in the dark ages before streaming was invented and “binge-watching” just consisted of staring at the sun for a while, people used to gather round the radio to listen to entertainment. Later, but before the invention of our lord and savior Netflix (all hail), attentive viewers had appointments in front of a single TV at specific times for their entertainment. Now what do we do? We can’t all gather at the same time, because thanks to Netflix, Amazon and Hulu we all have different appointment times. So we take to Twitter and Facebook and Instagram, places some might call a cesspool but I see as just another gathering place, just another radio or TV dial. Television is supposed to be a communal experience, and it still can be a communal experience. But with that said, here’s another thing I’ve noticed:

Isn’t it funny how hate-watching seems to bring us together but good TV seems to drive us apart?

Seriously, nothing is more derisive than “prestige” TV. I, for one, loved True Detective’s first season. Loved it. But bring that up in a group of ten and good chance seven will, for this reason or that, disagree with me. The friendliness of that disagreement varies by whether or not you’re among friends, co-workers, Youtube comments, etc. Because great TV incites a lot of different emotions, and people tend to get pretty attached to things they feel those rare, real human emotions over. Insulting someone’s lifelong favorite show is basically the same as insulting their spouse. Friendly debate is possible when discussing, say, Game of Thrones, but it is debate all the same.

Now contrast that with, say, Peter Pan Live!. Despite Allison Williams’ best efforts, #PeterPanLive was filled with as much mockery, quipping and ribbing that 140 characters  can handle. And it was so fun. It was cohesive. It was like gathering around the radio with 232 million of your closest friends.

I think that’s why I’ll miss True Blood so much. Peter Pan Live!, though fun to hate-watch, did have its vocal supporters. For all the jokes, there was that one former theater major who let you know that “you have no idea how hard this is to pull off. When we did it in ’82…” But going into the finale of True Blood, it was like every viewer — from the hardcores to the casuals to the detractors —  was united to pool together and send this thing, whatever that thing had become, off into the ether. They weren’t mad, they weren’t even disappointed, they just wanted to make a ton of jokes about Alexander Skarsgard’s dick one last time, as a community.

So do I think True Blood coming to an end in 2014 was good for TV? It left a dark hole, certainly. But I I don’t even think that True Blood invented the concrete definition of hate-watch we know today (I think that privilege goes to Lost , but that’s a subject for a whole ‘nother set of hours) But it did make it an art form. It made it into something friendly.

Now, there is a chance that basking in hate-watching so much simply just makes me a mean-spirited person at heart. Maybe. But I think we’re all a little mean-spirited deep down, and hate-watching is an outlet. Better to get those dark thoughts out in under 140 characters aimed at a TV show, than at each other. In a way, it takes the word guilty out of the term guilty pleasure. That’s what it was, True Blood. An absolute pleasure to hate you so fucking much. 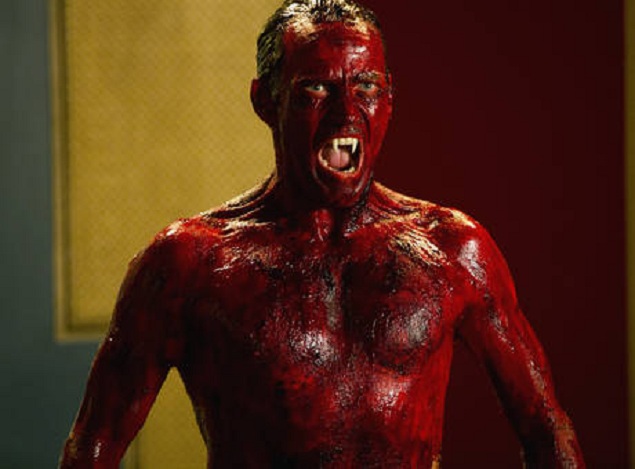