YouTube recently announced that there are over 300 hours of content being uploaded each minute. With such a massive stream of content on the platform and usage continuing to rise, users have more options than ever to choose to go and what to watch. In spite of all the competitive content, many brands are ignoring the odds stacked against them, and instead implementing tactics which actually make things harder for them to succeed.

A great example of this is the choice many brands have made to implement Gadgets in their Youtube channels. Gadgets are applications (typically flash) that allow additional customization of a channel beyond YouTube’s standard design.

Gadgets are a luxury, which brands such as Coca Cola, Samsung, and Evian are committing hundreds of thousands of media dollars and ongoing fees to Google to unlock. In exchange these Gadgets allow additional customization which, based on analysis I’ve done of the top 23 brand channels with and without gadgets adversely affect performance. Even when normalized for average subscribers per view brand channels without Gadgets have on average, 21% more subscribers per view than brand channels with them. You’d think that by committing hundreds of thousands of dollars, brands would be gaining and not losing.

It makes sense that customization in the form of wider video players, flash intros, Facebook and Twitter engagement feeds, and additional navigation would be additional clutter that would have a negative impact on a channel’s performance. With hundreds of hours of content being uploaded each minute, you can only imagine how many hours are being watched, by how many people. Consequently, while people are watching Youtube over a number of devices, they are all exposed to the same user experience.

A billion people have learned to use Youtube daily in one particular way—you and me included—we have made Youtube a habit, in the same way Facebook, Gmail and other apps are everyday habits. Any changes, in particular those with flash (which many gadgets require), are naturally a r turn off for consumers.

In the case of gadgets, it appears as though the desire to watch, subscribe, comment, and share with a brand’s content diminishes drastically—the experience is too different, too confusing and not a big enough draw. According to data compiled with help from Tubular Labs for a white paper, the impact of Gadgets are extensive:

All is not lost though, just because a brand has a gadget on their channel doesn’t mean they can’t be successful on YouTube. In fact some brands are successful, despite the fact that many of their tactics fly in the face of conventional wisdom. Lego, for example implements a gadget and has nearly 500K subscribers. The Lego channel doesn’t even allow comments on it’s videos.

For those unfamiliar, the hero, hub, hygiene content strategy is a framework which YouTube is encouraging brands to adopt. The framework encourages brands to think about content in terms of tiers and the specific roles they play, specifically:

Hygiene videos primarily capture relevant viewers via search. This content often comes in the form of ‘how to videos’ or product demos and help pull relevant viewers into the channel to grow the community.

While some brands have been successful in spite of Gadgets, imagine what they could do if those same dollars were allocated to something that would have a positive impact on the channel, such as YouTube influencers with a proven track record of driving results. For a minimal investment the channel could post huge gains instead of implementing a Gadget which is only slowing down a channel’s growth.

In many ways the willingness to invest dollars into items like gadgets, are a symptom of a much larger trap that many brands fall into. They buy into gimmicks and ignore the realities of what consumers are interested in.

The mismanagement of dollars happens time and time again in advertising. Its not uncommon for money to be misspent on tactics that just don’t drive results. Brands have adopted old media models to content creation and distribution for YouTube vs adapting what works in the ecosystem around them. For example, successful YouTube creators generate millions of subscribers with minimal production budgets. Meanwhile brands are still spending hundreds of thousands of dollars on TV commercial level production budgets for YouTube in this era where production has been commoditized to the point that makes such expenses unnecessary.

Choosing to implement Gadgets is a product of faulty thinking. In this day and age when there are countless options at the consumer’s fingertips, brand managers need to start with the audience and their needs rather than what the brand desires. Consumers simply do not have the time or patience to spend learning custom pages and design. Instead, they want to get to their content as quickly as possible.

Brendan Gahan (@brendangahan) is a YouTube expert helping Fortune 500 brands with their YouTube influencer and community building campaigns. He was named Forbes 30 Under 30 in Marketing & Advertising and one of the 25 Top YouTube Business Power Players for 2013. Subscribe to his newsletter for additional whitepapers and case studies. 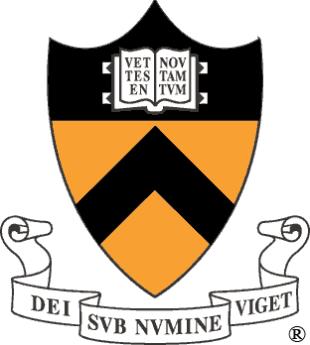