Since last December, when the first two locally transmitted cases of chikungunya hit St. Martin, media hype added to the United States’ preexisting fear of exoticism, deterring tourists from travel to nearby islands. But, according to specialists, health organizations, and hoteliers alike, the mosquito-borne virus is not a reason to cancel Christmas in the Caribbean.

Over the past year, chikungunya has circulated the Americas until, as of December 12, 41 countries harbor the disease. Ironically enough, the United States is one of them, with eleven autochthonous cases in Florida. The virus has also made its way to New York City, where doctors confirmed that 20 patients had returned from their vacations with chikungunya symptoms as of July 21. While the effects sound miserable—two spouts of high fevers, body aches that can last months to years in extreme cases, rashes—they aren’t typically life threatening. 152 deaths have resulted from 776,000 suspected cases in the Caribbean and Latin America since last October, and most fatalities were associated with already at-risk demographics: the elderly, arthritic, pregnant, or newborn.

“Serious complications are rare, but it can be a pretty unpleasant experience when you have chikungunya because of the muscle aches and pains that you get that could be severe. I don’t believe that people should change their travel plans when the Caribbean has other mosquito-borne illnesses that are more dangerous than chikungunya,” Amesh Adalja, Senior Associate at the UPMC Center for Health Security, told the Observer.

Dr. Adalja studied at American University of the Caribbean and has treated several patients with unconfirmed chikungunya symptoms. When he references other mosquito-borne diseases, he’s especially keen to point out dengue fever, which is transmitted by the same mosquito species as chikungunya. Dengue is far more lethal than chikungunya and has constantly affected the Carribbean.

A representative from Everything St. Martin seconded Dr. Adalja’s opinions in a Facebook post from February 21. They wrote that dengue fever “is somewhat similar to Chikungunya but most decidedly worse. Dengue has been around for years and no one, as far as we know, has ever cancelled travel because of it.”

While the social media status proved informative about methods to prevent chikungunya transmission, like using Mosquito Milk or Off, it also decried sensationalized press and criticized St. Martin’s officials for their lack of proactivity.

“The government should be getting the word out about this via a crisis PR program but apparently it thinks telling people to remove standing , spray to kill bugs, wear long-sleeve clothing, and use repellents is enough,” the post reads. “It is dead wrong. Perhaps it assumes people won’t cancel trips based on widespread misinformation in the US and Canada about Chikungunya but it is dead wrong about that too; hotels are telling us of cancellations for March based on the misinformation we mentioned above.”

Indeed, the Observer has caught wind of at least three cancelled trips to upscale Caribbean resorts because of the outbreak. Despite the Centers for Disease Control and Prevention giving the current situation in the Americas a watch—level 1, Practice Usual Precautions distinction, paranoia is deterring the elite from their beach time. Never mind that they could contract chikungunya at their winter homes in the South, too.

Media attention, including an article in the London Times that issued several errata after significant backlash from readers, has contributed to anxiety over visiting the Caribbean. However, after over a year, the concern seems to be finally dying down. A spokesperson from the U.S. Virgin Island’s Caneel Bay Resort said that news about the virus, and the illness itself, are becoming irrelevant. Meanwhile, Nisbet Plantation Beach Club in St. Kitts & Nevis, ranked No. 6 on the U.S. News & World Report’s list of “10 Best Hotels in the Caribbean 2014,” is placing higher than last year in terms of reservations. Of course, Nevis doesn’t have the mosquito population of say, the Dominican Republic or St. Martin, but general manager Alistair Forrest seemed to think that the Americas are on their way to being chikungunya-free.

“What we’re really hoping is that it’s already spiked in this part of the Caribbean and it’s now on the down again,” he said. “The number of new cases over the last two to three months or four months apparently has been much lower than last summer.”

In a comment from the Caribbean Hotel & Tourism Association, Jeff Vasser, Director General and CEO, emphasized that his industry would remain vibrant and lively despite the chikungunya outbreak. “Outdoor events, a common staple of life in the Caribbean, continue to go on without any major occurrences of Chikungunya outbreaks,” he said. “Vast numbers of local residents and visitors continue to participate in our festivals, sports events, outdoor community activities and beach parties.”

Mr. Forrest agreed, and with his cool Scottish accent, it was hard not to believe him. He described his surroundings: an 82-degree day, slightly overcast. “I’m going to run in a minute because we’ve got a beach party, barbecue, we have a band. You know, it’s not so bad, really,” he joked. 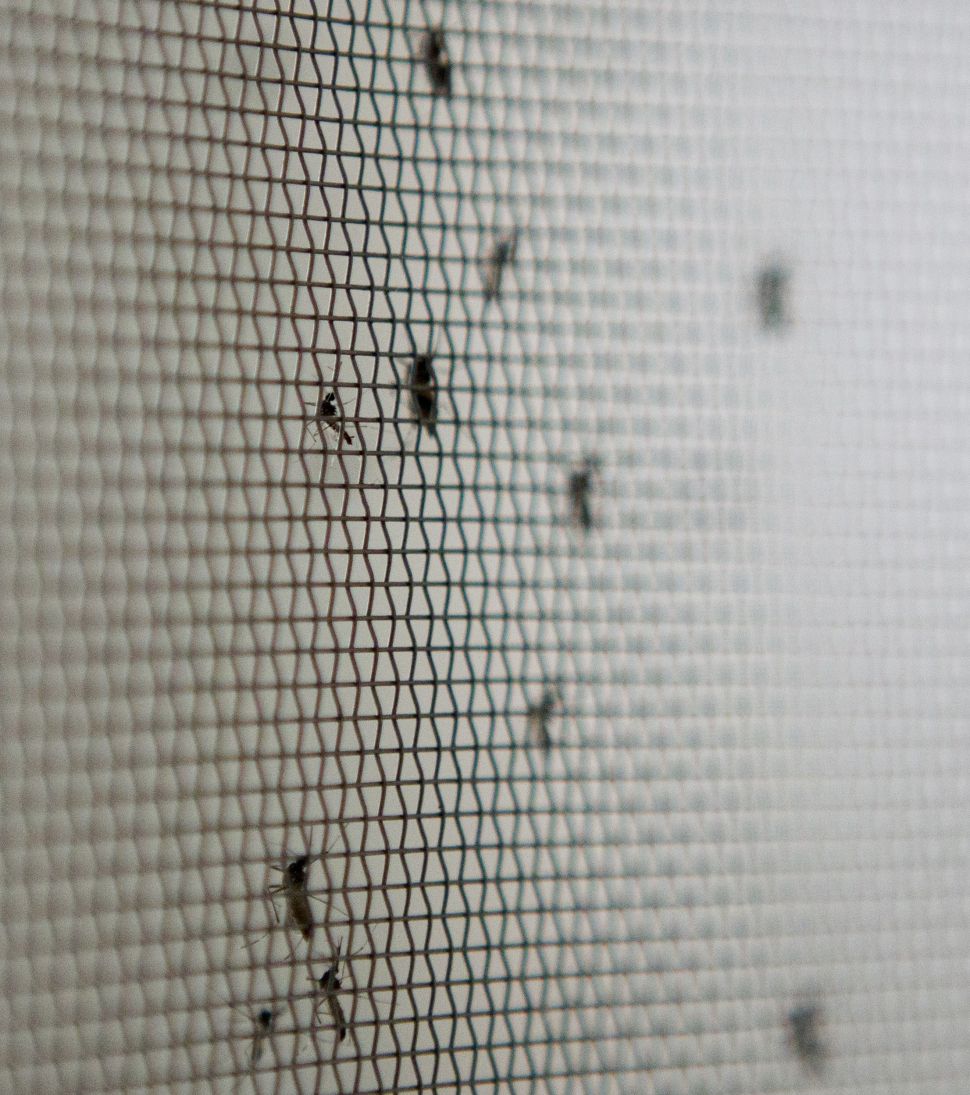