Owning a PR Agency, I write often about the public relations industry and crisis. It can be a strange business. Clients seeking issues-based public relations campaigns are often facing some king of crisis, and there are timely decisions requiring a decision of whether to accept or shun a client.

A few months ago I exposed that PR giant Burson Marsteller rejected Israel as a client, yet accepted Tunisian Muslim Brotherhood. (To its credit, after several days of outcry, the firm finally put out a statement saying it would accept business from Israel.) Just this week, I commented on President Vladimir Putin’s spin on the Upper West Side.

As the grandson of Holocaust survivors, I was shocked this week to learn via a recent book, Larry Roth’s The Nazi Account, that in 1933 Hitler hired a major NYC PR firm, Carl Byoir & Associates, to portray Nazi Germany in a positive light to an American audience. While the book is fiction, it’s based upon true facts. The Nation exposed Nazi propaganda in America, and revealed that the agency was paid $6,000 per month to favorably influence media and public perception of Nazi Germany. The book details—and independent research confirms—that Byoir’s employees were paid significant fees to spin for German tourism, railroads and were confident they would succeed.

Edward Bernays, considered the father of Public Relations (and Sigmund Freud’s nephew), turned down work for Germany, as he was concerned about how his work would be used – particularly by Nazi propaganda chief Joseph Goebbels. While Byoir resigned the work after a year-plus of being paid, WPP, one of the world’s largest advertising & pr conglomerates, describes the firm they acquired years ago as “one of the oldest and most honored public relations agencies in the business.” WPP, which owns Grey, JWT, Ogilvy and others, should remove the word “honored” from Byoir’s description, as any work for Nazi Germany is beyond the pale.

Sometimes the right decision should be perfectly clear.

Last week, at 5WPR we readily accepted as a client the 17-year old student who claimed to have made $72 Million in stock trades – yet actually made zilch. These teenagers took it too far, no doubt. But they did not steal from or hurt anyone. They apologized, did a mea culpa, and are able to move on with life. We feel good about the work we did there. We have, however, rejected clients we felt were beyond the pale of recovery, those we believed were lying, and countless plain old jerks.

There are many examples of dilemmas – In the midst of the highest level of tensions between America and Russia since the end of the Cold War, mega PR firm Ketchum has earned more than $55 million on Russian projects in the last 7 years. Ketchum has strengthened President Vladimir Putin’s hand as he invaded Crimea, opposed American action against Syria and is generally opposed to the West. Indeed, Russia under Mr. Putin’s leadership has shown a clear understanding of the importance of PR. They have served their client well, and the stock of Ketchum’s parent company, Omnicom, is up 9% year to date.

While lawyers argue that everyone deserves a lawyer, I do not believe the same goes for public relations, especially when it comes to dictators and terrorists. PR Firm Brown Lloyd James represented the Syrian Government, and secured a Vogue profile and photo shoot for Asma al-Assad, Syria’s First Lady, which depicted her as “a rose in the desert,” describing her as the “freshest and most magnetic of first ladies, endowed with ‘dark-brown eyes, wavy chin-length brown hair, long neck, an energetic grace.’” The story was later removed from Vogue’s website, the magazine forced to repudiate Assad’s brutality (hundreds of thousands have been killed.) Brown Lloyd James also made $1.2 million working for Libya’s brutal dictator, Muammar Gaddafi.

While rejecting Assad seems like an easy decision, it’s not always clear. For example, Bell Pottinger works for Bahrain, a nation that has spent $32 million on US and UK PR agencies since February 2011, and receives mixed marks. Having chosen clients we later wished we never accepted, I can empathize.

There is no Hippocratic Oath for the PR industry. And although we can surely all agree that the third reich should never have found American representation, perhaps sleeping well at night starts at different places for different firms.

Ultimately, J.K. Rowling in Harry Potter and the Chamber of Secrets had it right when she wrote, “It is our choices, Harry, that show what we truly are, far more than our abilities.” 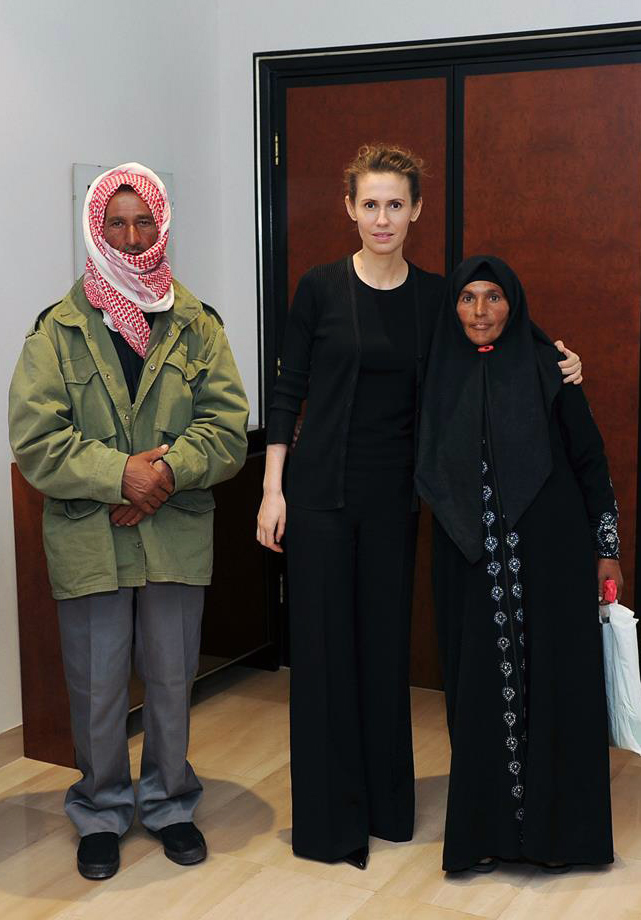