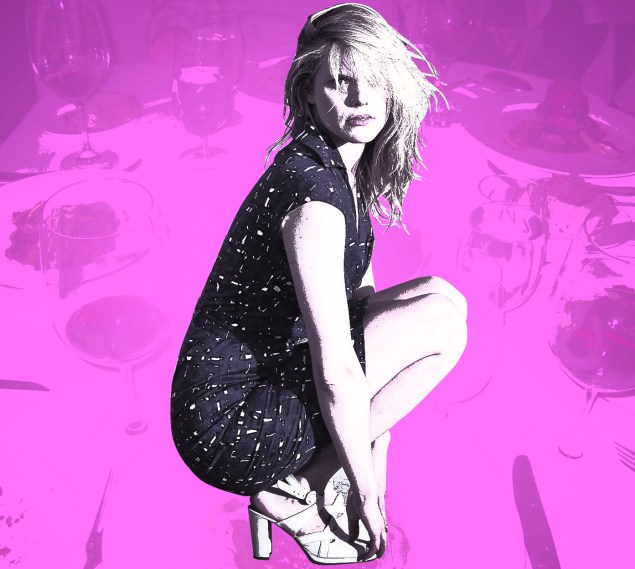 “He was the gateway drug out of my marriage,” Ellie laughs, lighting a Capri.

Ellie is divorcing her husband, Nate, who devoted his energy to his many hobbies rather than her. Nate has moved into a Tribeca rental, and is currently spending the week in Florida at tennis camp.

“Well, you’re the one calling the shots. You tell him when and where you want it.”

“How much does he charge?” Just curious.

Mandy is. She presses for more details.

“He started off rubbing my back and shoulders with oil,” Ellie said, sipping vodka.

“Room temperature,” Ellie continues. “Then he lifted my arms and massaged by breasts, squeezing my nipples. It felt crazy good.”

Mandy leans forward as the play-by-play continues: “He oiled my legs, inched his way closer to my bush. Then, flipping me over, slowly stuck his middle finger inside me.”

The memory of the massage palpably excited Ellie. She insists Mandy and I try Tomaso tonight. To my horror, he just happens to be finishing an appointment on 71st and Park and will be over in 45 minutes. It’s Ellie’s treat. And no, it’s not weird sharing Tomaso, because she doesn’t feel “that way” about him. She sees him as a “healer.”

Even Mandy, a walking orgasm, seems nervous. She blurts about her very own, unintentional climax, which occurred last month after a relaxing acupuncture session. A sweet, balding, pot-bellied man placed a vibrating tuning fork on each of her chakras to balance her energy post-abortion, and when it firmly landed on her root chakra, a tremendous orgasm erupted.

“We should patent the pitching fork as a sex toy,” Ellie laughs.

I’m soon half nude on my stomach under a towel. Tomaso has prepared the room with the scent of Palo Santo wood, which I recognize from yoga class. The ocean’s gentle waves lap from his iPhone 6. I’m freaking.

When I feel his warm hands on my back, I naturally decide this is the moment to bombard him with questions. Within the span of five minutes, I find out he’s from Milan, a Kundalini practitioner, lives in Williamsburg, has a golden retriever named Michelangelo (of course), Skypes regularly with Mama, has a younger sister in London and visits his family yearly in Palermo where his father keeps a boat. And yes, he’s been to Capri, but because it gets so touristy in summer …

I hold my breath as his fingers approach the small of my back. My eyes are wide open and I hear Mandy’s muffled laughter in the other room. There’s a rumbling in my chest and throat, a directionless, nagging feeling without shape. Blurry and old it sits in me, like a coiled snake.

His hands circle up my thigh and his touch is gentle. I’m beginning to feel  throbs between my legs, but this anticipation is entangled in fear. It must be the setup, lying on my stomach with a man over me, knowing he will go there because I’ve asked for it.

His hands pause. I find my breath and there it is again, tinged with rage.

“It’s not your responsibility to hold on to it,” he tells me, “he was a wolf and you were the moon he could never have.”

The snake snaps and hisses its long tongue from my throat. Until the massage, I hadn’t thought about him in ages.

“How did you know?” I turn over, asking him through tears, “It wasn’t even that big of a deal. He didn’t kiss me. He didn’t even put his fingers in me.”

I’ve told a few of my girlfriends and joked it was molestation-lite. I was 15 and he was my physical therapist or as I like to call him my physical the-rapist. I was injured, had torn groin muscles from figure skating, and he was supposed to help me. He promised to get me back on the ice and gave my dad a deal.

He’d make me walk back and forth to check out the alignment of my gate.

When he’d have me alone in the room, he’d ultrasound my groins and get a little too close.

“Do you touch yourself?” he once asked.

“You should stroke yourself like this,” he ran his fingers along my upper thigh, “now show me how you do it.”

“Like this?” I asked because I wanted to get it right.

On our last session, he decided to give me a breast exam. I can’t remember the reasoning, but luckily it was over my Packer High School T-shirt. To my relief, he announced they were normal.

I sat up and pulled my knees into my chest. He wrapped his arms over my hunched body and creepily whispered, “Don’t worry, I’m going to make you better.”

But I no longer believed him. When I got home I told Dad I was never going back there again. He asked why but I didn’t know how to tell him.

What haunted me most, though, is for many years I often masturbated to that scenario. I’m in that same room and I’m 15 and I don’t know any better. He tells me to touch myself and that he’s going to heal me and not to tell anyone. And it’s in the way he looks at me as he fucks me, like he’s going to spit me out, that pushes me over the edge.

This fantasy was entirely controlled by me, directed by me, and owned by me until I threw it out because I didn’t need it anymore. Funny how fantasies change because now when I think of him with his oily, black mustache, I picture myself punching him in the face.

Tomaso places one hand on my stomach, the other on my heart over the towel.

Looking up at him, “I don’t think I’m in the mood for, you know, the sexy part.”

Tomaso, the gift of the Upper East Side has the true healer’s touch. He knows how to read a woman’s body. For many, he may ignite a hungry inner-tiger, but for me, he sensed my hesitancy and need for boundaries. It was in the act of my saying, “no” that I could open up to the innocence and safety of the moment and relax. 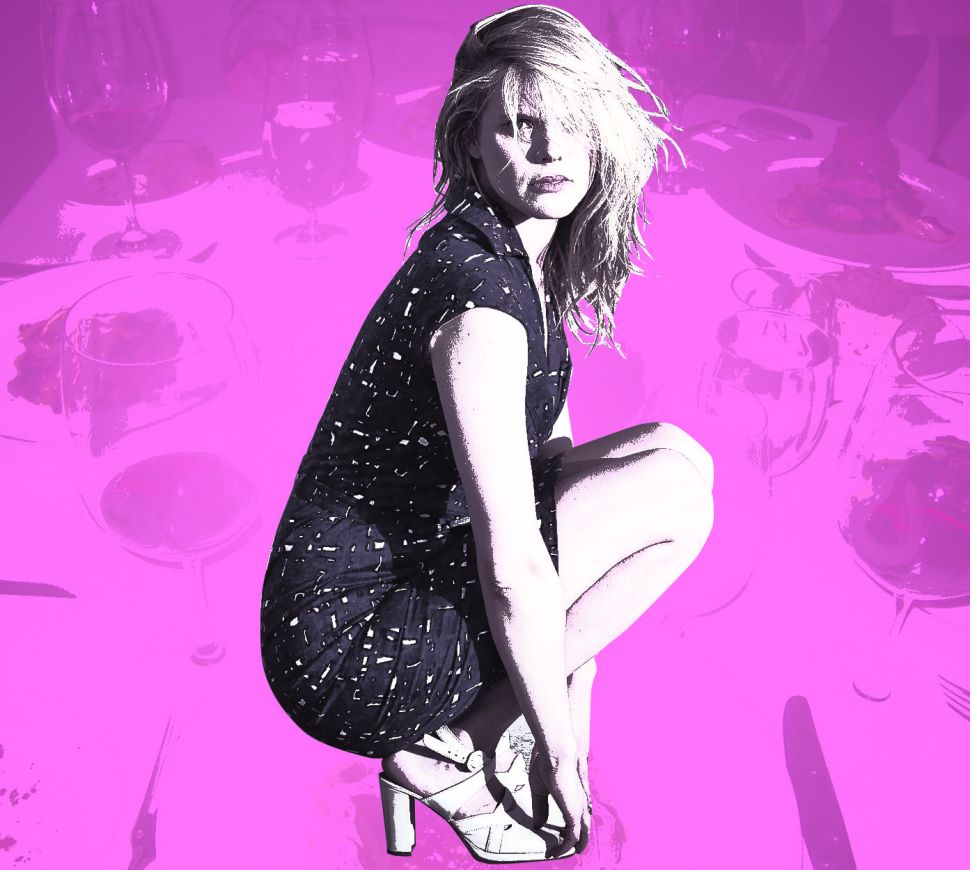