I don’t play videogames and generally think that online activism is a giant waste of time. Both of these factors make me a rather unlikely prospective ally to #GamerGate, but I do have a coffee mug that says “Certified Media Manipulator” so I guess it made sense that we’d cross paths at some point.

Which is how a little over a week ago, I found myself in the middle of an AMA (“Ask Me Anything”) in #GamerGate’s infamous subreddit “KotakuInAction.” I’d been trying to assign an unbiased explainer piece on the controversy for weeks and found that several writers were intimidated and reluctant to participate. So when I saw that someone who had read my book and columns here at Off the Media, put up an AMA request, I figured I’d wade in, answer some questions, and see what I couldn’t find out about this infamous movement.

For those of you unaware, at this point about #GamerGate, I’ll provide a brief summary:

In August, game developer Zoe Quinn was accused in a post by an ex-boyfriend (described by The New York Times as a “strange, rambling attack”) of having a romantic relationship with a game journalist who wrote for the game site Kotaku. Rallying under the hashtag #GamerGate, supporters of the movement aimed to position themselves as standing for “ethics in journalism,”  “rooting out corruption” and other complaints about the videogame industry. Some who claiming to be associated with the group subjected Quinn and various “social justice warriors” who’ve run afoul of the movement’s rather fluid scope to a litany of violent threats. It’s since become a major, controversial media story—appearing on the week’s cover of Bloomberg Businessweek for example—which seems to reach new hyperbolic heights with each report.

In some ways, #GamerGate is similar to the Tea Party in the sense that it was founded over a rather embarrassing and ridiculous random event—in that case, Rick Santelli flipping out during a live CNBC broadcast—but somehow has gone on to have very real (or distracting might be a better word) political and cultural ramifications. Of course, to the people genuinely involved in the issue do view their origin story in this light and are in fact deadly serious about it all.

And let’s get something straight—and I realize it won’t be a popular opinion to outsiders—#GamerGate is largely correct in their descriptions about the state of online journalism. It is corrupt. It is conflicted. It is lazy, sensationalistic, schizophrenic, dishonest and exploitative. Not just videogame journalism—which honestly, I don’t follow—but all online journalism.

In that sense, I would like to be encouraged by this clearly passionate and zealous movement to expose and clean up today’s media. It’s almost exactly what I have been writing about for the last few years. Initially, I found it relieving that most of the people I spoke to during the AMA were earnest, articulate and seemingly nothing like the impression one might have from reading press coverage.

I straight up asked them: Guys, what’s with all the doxing and personal attacks? What is this supposed to accomplish exactly? Where is all the rage coming from? The response was overwhelming and immediate. They want nothing to do with such actions and don’t condone them. In their eyes, they actively police and report anyone who engage in such activities. They claim not to be angry, just fed up.

Certainly, this is good to hear. But I’ll tell you, one of my greatest fears in the world is the mob rule that the internet seems to advocate without consideration. Whether it’s the outrage and sanctimony-driven shaming of the left, or the “law of the gang” that emanates from the manosphere. Both are not only self-absorbed and selfish, they are completely ignorant and absolved of the real world consequences of their influence. It pretends to want to have a conversation but actually destroys any chance at progress.

This was something I tried to communicate to #GamerGate. Just because you don’t personally condone the threats and attacks doesn’t mean your group isn’t responsible. In fact, one of the basic tenets of our legal system is essentially “in for a penny, in for a pound” when it comes to gangs, groups and conspiracies. This is especially true, I said, “with movements with vague, amorphous goals and little centralized leadership. It makes it hard (or rather easy) to say the good stuff is us, the bad stuff is not us. Conversely, it allows opponents to paint you as the opposite. It also creates an environment in which a lot of people are riled up and members who are loosely associated can do things that reflect poorly on everyone else.”

It is one thing to say you stand for ethics or stand against “conflicts of interest” but the problem is actually defining what these things mean and what to do about them. No one is accusing the Poynter Institute of bullying or terrorism because their strategy and tactics are clear and traditional. The problem is when an unstructured, unorganized group appoints themselves the enforcer of these ideals and goes about pursuing it anonymously over the internet. Bad stuff is going to happen.

In short: you don’t get to agitate and intimidate—which I saw signs of pop up several times in my AMA alone—and then when someone acts on it, dismiss them as lone wolves. You can’t claim to be a force for good when most of what’s been “done” in your name is bad. It’s too convenient to claim that you’re all good, but are marginalized by your opponents and can’t get a fair shake.

Fundamentally, I got the sense that many of the followers have trouble understanding the basic economics of today’s media. One redditor wrote in that “We are consumers. We hold all the cards and it is we who decide what is acceptable and what is not. Not some gender ideologue who writes opinions for a blog. This happened because the major publications forgot who they work for…”

Of course, this is fundamentally untrue. You, and the rest of us, have no cards. As I’ve written about here before, in a world of entirely free journalism, readers are not “consumers”—at least not in the “customer” sense. While they might literally be the ones who consume it, in reality they are the product being sold. It’s their combined pageviews that are turned around and sold to advertisers. It is those advertisers who control the strings, not the readers who, ironically, are clicking the very articles they are so mad about. This is something that can be changed, again not by complaining but by building.

I disliked a lot of the self-congratulation about the “changes” they’ve made in the industry. -Getting a couple big companies to pull their ads from a site is nothing. Getting some writer to leave Valleywag—when that was probably going to happen anyway—is not an accomplishment. Getting a couple sites to post disclosures? Ok that’s nice, but was that really worth getting this upset about? And was this the only way to get it?

I was also shocked at the naivete and the amount of pushback and disagreement I got over things that I was specifically requested to speak about as an expert on this topic (Ok guys, sure you know better than I do). I was surprised by the paranoia too—I was forced to “verify” my account despite this being the third AMA I’ve done under the same name and one person seriously suggested that I’d been solicited to speak out against #GamerGate on Reddit by media insiders in order to discouraged the movement. In other words, that I’d been “turned.”

This to me is emblematic of the systemic problems of the group. It was easier to believe in a literal conspiracy theory then to accept that someone might have a legitimate disagreement with the group and its methods. This inability to empathize or relate to people who are confused by, cynical about, suspicious of, or angry about #GamerGate, let alone speak to them without sounding insane, is a major problem.

It’s what’s always kept fringe groups—deservedly or not—on the fringe, and deprives them of traditional channels of communication and change, excepting intimidation and disruption. In a way, it is a vicious cycle. A group feels impotent and comes together, and because of their approach finds themselves to be collectively impotent and emerges only more angry and disaffected. Their own intelligence when mixed with emotion, becomes an all-consuming but ultimately blinding force that creates and occupies its own reality.

In this way, I expect a similar reaction to the column. My response has been far more generous to the group than anyone this side of Breitbart, but since I criticized and refused to accept some of the basic premises the group holds dear, I’m likely to become a target. I hope that doesn’t happen, but it is what it is.

There are better ways to make change that don’t involve 20,000 people talking exclusively to themselves on Reddit and in comment sections. The brainpower of this collective group is likely immense, and again, they are correct with some of their criticisms of the appalling state of journalism. But it’s never been easier to create alternative media outlets that could stand for the issues there is supposedly a large, latent audience for.

So let’s see that. Even if people disagree with it, we’d still be impressed by the results.

Ryan Holiday is the editor at large of Betabeat and the author of The Obstacle is the Way. 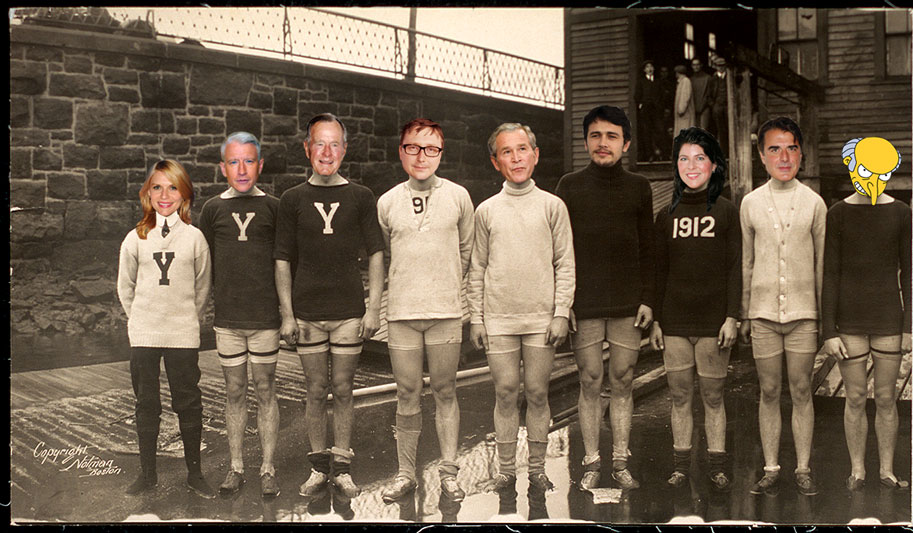