Bill de Blasio saw this coming. Not the death of Eric Garner and the vote of no bill from a Staten Island grand jury. Nobody could have foreseen that. But he did understand that many New Yorkers were alienated and frustrated for a host of reasons, and he campaigned as the spokesman for those who felt left behind.

The question now is whether the mayor will seek to bridge the divide or whether he will exploit the anger and frustration for political advantage.

Within minutes of the announcement on Wednesday night that police officer Daniel Panteleo would not stand trial for Garner’s death, thousands of New Yorkers took to the streets. There was no violence as there was in Ferguson, Mo., last week after police officer Darren Wilson was not indicted for the death of Michael Brown. But the demonstrators here achieved their goal of disrupting everyday life and drawing attention to what they and others view as a terrible injustice.

The demonstrations, which will go on today and in the days to come, demand a fitting response from the mayor. He understands the frustrations of the demonstrators. But he also is de-facto commander-in-chief of the New York Police Department. He has the power and the intelligence to bring the two New Yorks together, to address the concerns of both sides of the divide.

More than anything else, he has to restore confidence in the NYPD within the African-American community. Garner’s death did not occur in a vacuum. Rightly or wrongly, it is perceived as yet another example of overly aggressive policing leading to the death of a black man. The video of Garner’s takedown and its aftermath surely does little to counter that narrative.

It is not the habit of this editorial page to quote from the editorial pages of other newspapers, but The New York Times beautifully summarized the stark disconnect that played out on video. “The imbalance between Mr. Garner’s fate, on a Staten Island sidewalk in July, and his supposed infraction, selling loose cigarettes, is grotesque and outrageous.”

Today, emotions are raw, and not just in the black community. New York has thousands of good cops—and historically high numbers of black, Latino, and female cops—who have been put on the defensive by the anti-police rhetoric of demagogues here in the city and elsewhere. The mayor must address their concerns as well.

The mayor has spoken often about building a new partnership of respect between citizens and the police. The emphasis must be on partnership, otherwise grievances on one side or the other will continue to fester.

Now is the time for leadership, not for politics. 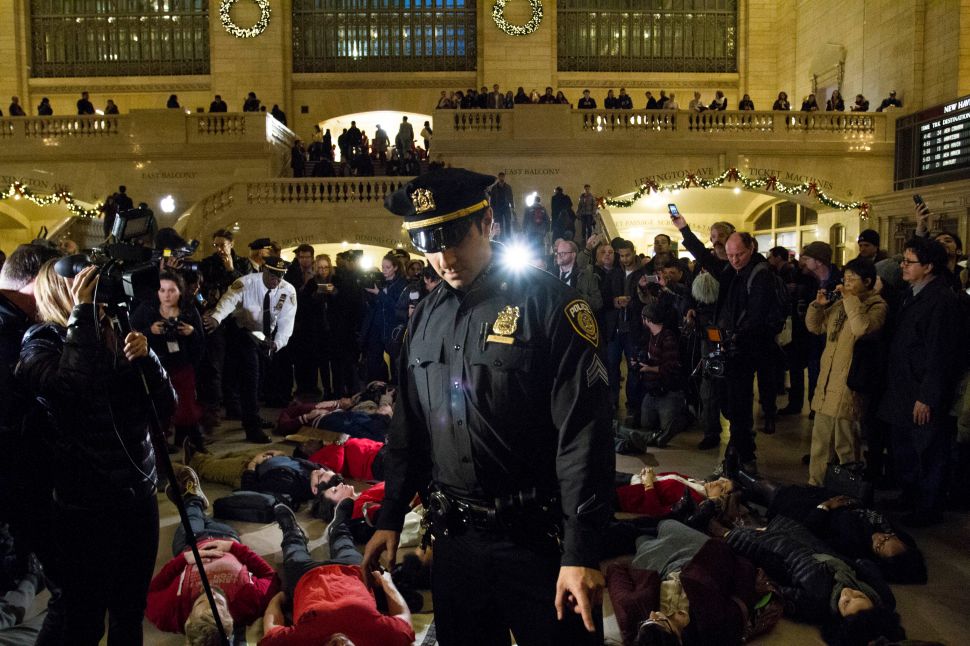