In a Twitter post dated Nov. 21, the New York City Police Department’s 5th Precinct, which covers a portion of Lower Manhattan, announced it would be enforcing violations by bicyclists, citing a 115 percent increase in bicycle collisions in 2014.

This, unsurprisingly, resulted in a flood of tweets from angry cyclists wanting to know how the 115 percent number was calculated and wondering why motorists aren’t the focus of these enforcement efforts.

The 5th Precinct issued 619 red light tickets to cyclists through the end of October, according to StreetsBlog NYC, while summonses given to drivers for speeding and failure to yield clocked in at 113 and 211, respectively.

There’s been no response by the NYPD yet on the calculations that led to the 115 percent statistic, but I Quant NY’s Ben Wellington, who analyzes New York City open data to encourage better data-driven policy decisions, decided to crunch the numbers himself.

“That number seemed astoundingly high to me,” he said. “I am a big fan of posting raw data and methodology along with statistical claims, as ‘reproducibility’ is a central core to the scientific method. Unfortunately, we don’t see that same philosophy being adhered to by the precinct, so I am left guessing.”

Using VisionZero collision data provided by the city, Wellington found only one instance in which the 2014 numbers were higher. In 2013, there were no reported cyclist collisions that didn’t involve a vehicle. In 2014, there was one. So, according to Wellington, this new push by the NYPD to curb bicycle violations may be based on an error in calculation. Wellington’s complete analysis can be found here.

“Perhaps I’m missing something here and that there really is some underlying data that supports the NYPD’s assertion,” Wellington continues, adding that summons data isn’t released publicly on the portal so violation tickets can’t be analyzed.

The precinct posted the statistic the day after Bowery Boogie blogger Elie Z. Perler posted a picture that appeared to show an officer grabbing a cyclist off his bike on Canal Street when Perler said the cyclist ignored the officer’s request to stop.

But the battle between New York City’s Finest and its cyclists is far from over.

In another exchange on Twitter, Brooklyn Spoke’s Doug Gordon, responding to a question about cyclists being ticketed for allegedly running red lights at Christie and Rivington streets, said “Cyclists absolutely ran the red. Questions are a) is this a good use of limited resources b) is this the right spot to protect [pedestrians]?” 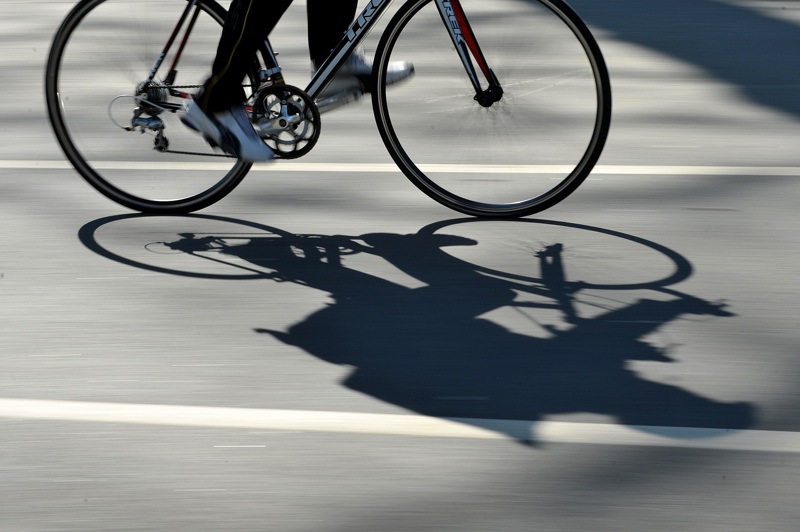