Rapper Dej Loaf is currently on her way to Detriot Metropolitan Airport, departing momentarily from her native city for a show at Charlotte, N.C.’s Club 935. Last week she made her late night television debut on The Tonight Show Starring Jimmy Fallon. And a month a half ago, she signed a deal with Columbia Records, linking up with the same team who helped turn Drake into a household name. All of this thanks to the spectacular effects of the smash success of her song “Try Me,” which became one of the biggest break-out hits of the year, and is made all of the more impressive since Dej was working as a custodian up until she walked out on her cleaning duties this past summer. “It’s crazy,” she explains while cruising down a Motor City-area highway on this brisk December afternoon. “I didn’t expect any of this to happen. Everything has been amazing.”

The word “amazing” barely scratches the surface when explaining the phenomenon “Try Me” has become. When Dej first wrote the track in her bedroom in July, she knew it stood out from the countless she’d written before. (Her unofficial debut came with the 2012 mixtape, Just Do It.) “I definitely did know that the song is special,” she remembers. “I thought it was dope and I wanted to record it so bad. I’d usually write throughout the week and record during the weekend, but for some reason, after I wrote ‘Try Me,’ I wanted to get to the studio as soon as I could. Like, immediately. Did I think it was going to change my life? Nope.”

The song’s viral success was first spurred by kids in the San Francisco Bay Area who fervently posted about the song online and the resulting notoriety earned Dej a fanbase fresh off of quitting her custodial gig at a plant that manufactured Chryslers. “At the time, I had left my job and had no cash,” she says. “I was just chilling and focusing on my music. I didn’t have any children, it was just me. As long as I could create music I didn’t care.” It was that aforementioned group of fans in Northern California who helped Dej rise above the pack of countless underground rappers who pray to get noticed by someone in the upper echelons of the genre who has the power to launch careers. For Dej, that someone came in the form of Drake, who uploaded an Instagram post of some “Try Me” lyrics, and with Drizzy’s stamp of approval, Dej’s star skyrocketed further from there. (She still hasn’t had the chance to meet him in person yet.) “In high school, I was the quiet kid,” Dej says of the irony of her fame. “I stayed to myself mostly and people didn’t even know I did music. After ‘Try Me’ hit, people were like, ‘Wow, why didn’t she tell anybody she had this side?’ ” Through Dej’s high school career however, she’s had flashes of creativity that have carried over to today. “In 10th grade, I had this crazy idea I was going to wear loafers every day, and in my head I thought, ‘I’m going to wear so many loafers and they’re gonna start calling me Deja Loaf.’ ” (Dej’s real name is Deja Trimble.) “I just wanted to switch it up a bit,” she explains of her loafer quest. “I wound up not wearing the loafers anymore, but I kept my name.“

While quiet and unassuming in real life, Dej explodes on stage when she’s performing “Try Me,” which is a raw anthem about revenge for a whole new generation of hip-hop aficionados and seems especially fitting in the wake of the unrest in Ferguson and the recent Eric Garner decision. “People may say it promotes violence, but the song is real,” Dej notes. “People get tried every day in life. Like the police brutality thing going on right now; that’s someone being tried and people are losing their lives. Everyday there’s things like this. I feel for those people. If people can relate to a song, then that’s a good song. Imagine how those people’s family’s feel. Like Eric Garner’s family, or Michael Brown’s. They want revenge … that’s life.”

Dej’s worldview is shaped by a hardscrabble life of her own in equally hardscrabble Detroit—janitorial gigs not withstanding. Her father was killed when she was just 4 (she was raised by a single mom), and Dej raps openly about the death of her cousin on “Try Me,” which adds up to the exact kind of emotions that resonated with those original fans in cities like Detroit or the Bay Area. It’s those fans, she says, who mean more to here than any of her career milestones so far. In addition, she’s almost singlehandedly shined a spotlight on the ailing Detroit rap scene. “I’m lucky I’m a part of it,” she says of the Motor City. (Fellow Detroit native Eminem recently featured Dej on a recent compilation album.) Says Dej, “The fact that people are paying attention to what I’m doing is amazing … I’m trying to bring as many people along as I can. We’re not going to make it unless we all stick together.”

Thanks to the massive success of “Try Me,” Dej is anxious to show fans more of her skills. “The record’s cool, but I wanted people to see the whole outline of my whole life and see what I can do,” she says alluding to an upcoming full album as she nears the airport. “I say these things because they’re true and they’re my opinion. I think the reason the song became so popular is that it’s reality. A lot of people are afraid of reality.” 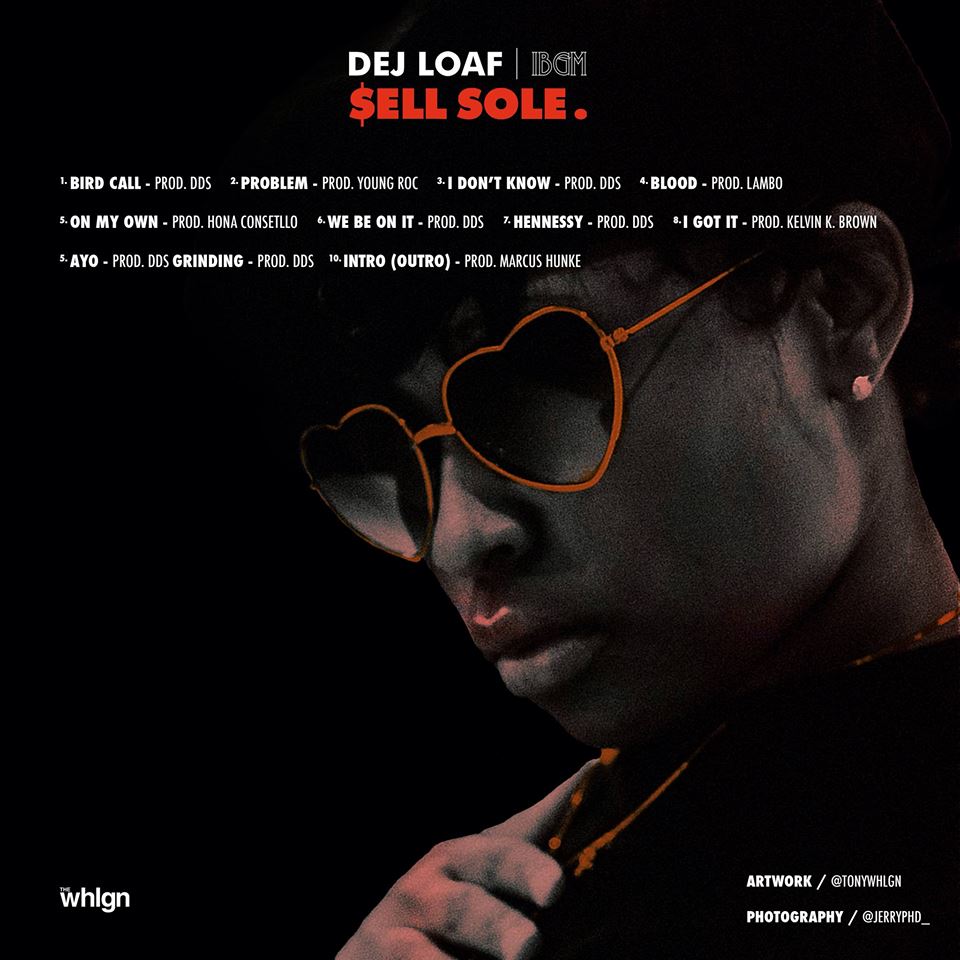