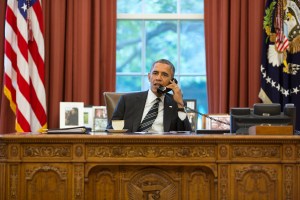 For the last six years, President Obama has been pilloried by opponents as a power-hungry President willing to ignore constitutional constraints to pursue his radical left-wing agenda. Ted Cruz, the Republican Senator from Texas and likely presidential candidate in 2016, made this charge in a Wall Street Journal opinion piece in January in which argued that “Of all the troubling aspects of the Obama presidency, none is more dangerous than the president’s persistent pattern of lawlessness, his willingness to disregard the written law and instead enforce his own policies via executive fiat.”

Such criticisms are not surprising given that Mr. Obama took office on a groundswell of hope for progressive change and has presided during a very partisan period in American history. It is, however, somewhat notable that this perception coexists with a not quite as widespread view on the left that Mr. Obama has been a weakling, unwilling to take strong progressive stances, too quick to compromise and often failing to speak out about various injustices. Cornel West is a good standard-bearer for this view of the President. “[H]e [President Obama] acted as if he was both a progressive and as if he was concerned about the issues of serious injustice and inequality and it turned out that he’s just another neoliberal centrist with a smile and with a nice rhetorical flair.” It is not at all clear how both these views of the President can be true at the same time, but these two perceptions have defined how the right and left have viewed the President since 2009.

Mr. Obama has just over 25 months remaining in his presidency, and will spend almost all of it with a Republican majority in both houses of congress. Given how difficult it will be to pass presidential initiatives through a Republican-dominated congress, it is very unlikely that any major legislation will come from the White House during the next two years. The President’s use of an executive order on immigration reform is an example of how the Obama administration may have already given up on passing any meaningful legislation during what is left of his time in office. The Republican congress, however, will likely propose a great deal of legislation. How the President responds to that will be informative.

The President will likely veto most of the legislation produced by the Republican Congress. If this happens, his image as timid will erode, but the conservative criticism of the President will seem more accurate. This will not help the President garner popular bipartisan support, but it may help him among his progressive base. Since the midterm election, President Obama has taken a strong stand on internet neutrality, signed an executive order on immigration reform and nominated a progressive candidate for attorney general. This suggests that the President has been strangely reinvigorated by the drubbing his party received last month. Either that or he feels he has nothing left to lose during the remainder of his presidency.

A policy of bold nominations, executive orders and freely using this veto pen will do little to change the image that many conservatives already have of the President. In fact, it will do the opposite and reinforce the conservative narrative that President Obama pursues his left-wing goals despite an election in which voters have clearly rejected them, and the President himself.

The policy of being just cautious enough to infuriate his progressive base, while acting boldly enough to enrage conservative detractors has worked better than many on the left or right might think for Mr. Obama. President Obama has spent much of the last six years causing people on the left and the right to get angry at him while handily winning reelection, and six years into his presidency, maintaining a level of popular support very comparable to those of Presidents Ronald Reagan and George W. Bush at the same time of their presidency. It is also very possible that the Republican Congress will provide precisely the foil Mr. Obama needs for his popularity to rebound over the next two years. But maintaining this balancing act may no longer be possible for the President. An emboldened Republican Congress will force Mr. Obama into a corner where he can either fold entirely or come out fighting. Thus far, he appears to have chosen the latter, and deliberately or not begun to undermine the progressive criticism he has confronted during much of his presidency. 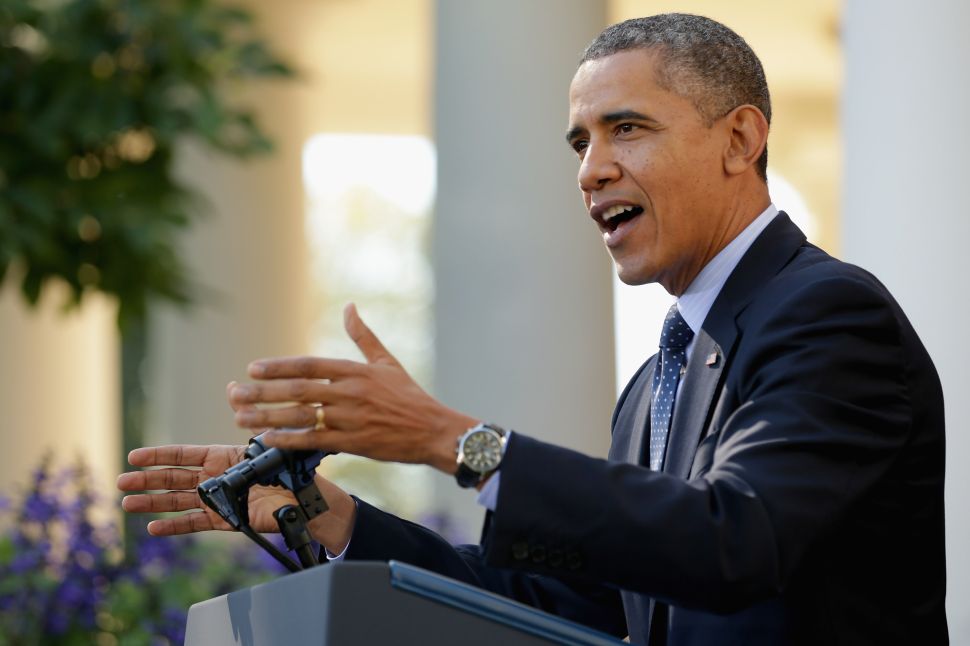