ISIS managed to shoot down an F-16 fighter jet, a jet that was part of the US led coalition against them. The US-made fighter jet went down in the area of Raqqa in Syria and the Jordanian pilot has been captured by celebrating ISIS forces. The pictures do not look good.

The downing of a coalition fighter jet is a huge psychological victory for ISIS. It might just be victory enough to mollify the pain of defeat ISIS forces suffered earlier this week when Kurdish Peshmerga fighters forced ISIS out of a vast area around Mount Sinjar in Northern Iraq.  Fighting in that area is now going back and forth. The pendulum swings.

The fact that it was an Arab piloting the downed jet, that ISIS now has an Arab as captive makes the ISIS maneuver even more potent. You see, as much as ISIS is fighting the West they are also fighting other Muslims. ISIS wants everyone to convert to their version of Islam.

That is something many in the West just do not understand. Many interpret the rise of ISIS as a conflict in which a small group of radicals are successfully encroaching on loosely governed regions in the Middle East. It is clear to us that ISIS has set its sights on more land and more territory. Yes, the West realizes that ISIS wants to unseat the monarchs and the dictators of the Middle East – but all that is only a fraction of what ISIS wants.

ISIS has carved out its space and any group or individual inside that space daring enough to disagree with them will be severely punished in any one of the violent, grotesque manners that they have made so popular, from communal massacres to public beheadings.

The United States assembled a coalition to fight ISIS by bombing them from the air. By now, a sort of complacency has set it.  ISIS is being checked by the great military prowess of the United States and her allies which happens to include some Arab states. But ISIS has not been moved to change or alter its patterns of behavior.

The US General in charge of combating ISIS, Lt. General James Terry was just quoted as saying that it will take three years to defeat ISIS.

The conquest of Iraq and Syria and of a few other countries in the Levant is a big deal as far as the West is concerned, but it pales in comparison to ISIS’ true objective, which is no less than conquering the entire world and to converting it into an Islamic society. The West has yet to comprehend that.

Most of the West is focusing on the weapons of ISIS being used in Iraq and Syria. We are focusing on the blood-dripping saber of “Jihad John,” who cut off the heads of Western hostages. We are looking at the weapons confiscated or taken or even abandoned by Iraqi forces now in the hands of ISIS. And we are missing the point.

The most powerful—the real weapon—that ISIS is wielding and that the West needs to confront is social media. ISIS has developed a very savvy, very sophisticated campaign that is luring teenagers and young adults to adopt its point of view.

We read and hear about teenagers running away and joining ISIS. Girls from Germany, Austria, Belgium France, England, even girls from the United States have run off to join the Islamic cause. They are ensnared in the ISIS propaganda machine because ISIS promises them pride, purpose, honor, power, wealth and success.  It is all promised in the context of Islam.  It can all happen, they are told, as Islam defeats the Godless transgressors. And these kids become believers.

Recently at a London airport a flight was stopped on the runway as it was about to take off. On board were two 15-year-old girls from East London who has saved up their own money to fly to Istanbul and from there, they planned to cross over the border into Syria. The Australian political refugee who recently took hostages in the Lindt café in Sidney, only had two demands. One was to speak to the prime minister and the second was to be given an ISIS flag. Actually the order was reversed. First he wanted the flag and then he wanted to speak to the prime minister. That was a very powerful message he was transmitting.

From the point of view of ISIS, the war with the West is taking place all over the world. The arena of Syria, Iraq and the rest of the Middle East is just one battlefield. And it is far from being their most important field of play.

ISIS is waging attacks against the West. To confront ISIS, the West needs to realize that they are indeed under attack and to understand the nature of the attacks. Study ISIS’ tools and weapons, understand their objectives and create a strategy to confront ISIS and defeat ISIS right here in the West not just in the Middle East.  We need to use weapons of the mass media as well as military weapons. This is a very different kind of war.

It is infantile to assume that the spate of attacks being perpetrated on our own Western turf are not ISIS influenced. Don’t only look for full fledged card carrying ISIS members  Anyone connected to an ISIS website is connected to ISIS.  Anyone. In the Arab world and the West as well. 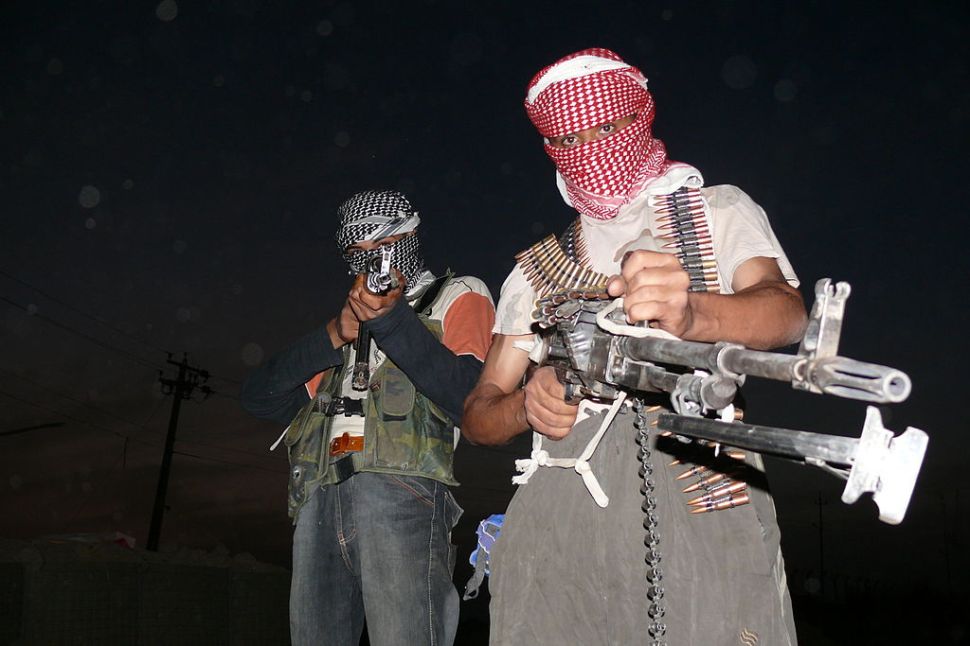