Alluring as new beginnings are, the New Year nonetheless carries with it an undercurrent of unease—the passage of time making the holiday a vaguely melancholic one beneath all the manic good cheer.

But for those of us who live on the C train there is, at least, a small silver lining in the start of a New Year: it means that we are creeping a little bit closer to new cars, which are due to arrive in 2017.

The C train cars—R32s, which can also be found on the J and Z lines—are by far the oldest in the fleet, built a half-century ago, in 1964-1965. And while they hold a certain charm, with a window in the first car that provides a view of the track ahead, distinctively milky identification lights and dim interiors that offer a welcome alternative to the refrigerator glare that illuminates newer cars, they are also prone to delays, screeching brakes and unintelligible  announcements.

They’re also, according to the Times, among the oldest subway cars in operation anywhere. And the line—though clearly the cars do not account for all the troubles—is consistently ranked among the dirtiest, slowest and most crowded by the Straphangers’ Campaign. (And there is nothing quite so dispiriting as a train car that is too packed to sit or even stand comfortably after 11 p.m.)  In November, the organization’s ally, the Riders Alliance, singled out the line for an improvement campaign, citing, among other complaints, long wait times and increasingly crowded trains, a problem that’s only likely worsen as more and more Manhattan-bound commuters push into Clinton Hill and Bed-Stuy.

“The plan is to retire them once we get R179 cars, which are being developed by Bombardier and built at their plant in Plattsburgh. We have a $599 million contract with them to build 300 cars,” MTA spokesman Adam Lisberg wrote in an email to the Observer. The new cars will replace the 222 R32 cars, as well as 50 R42s cars—the second-oldest train cars, which are running on the J and Z lines. The extras will be used for expanded service to meet the demands of the growing ridership.

The trains are scheduled to start arriving sometime next year and finish in 2017, according to Mr. Lisberg, but there have been some delays. Also, the MTA hasn’t entirely decided whether or not it wants to run new R179s on the C line, so when they arrive, they might go to a different line, which would hand down its cars to the C.

“It all depends on how we can deploy, maintain and store them – not every type of car can be serviced at every yard,” Mr. Lisberg wrote. “But we know C customers have been very patient with their 50-year-old cars, and whatever cars replace the R32s will be an improvement.”

And don’t get too excited if and when you see gleaming new train cars running along the C train line this summer. Every summer the MTA switches out some of the R32s to give the old warhorses a break from running on the almost entirely underground C train lines, where high temperatures can be tough on equipment. But with the first cool breezes of autumn, the new cars return to their respective lettered lines and the R32s come squeaking and clattering back into service. 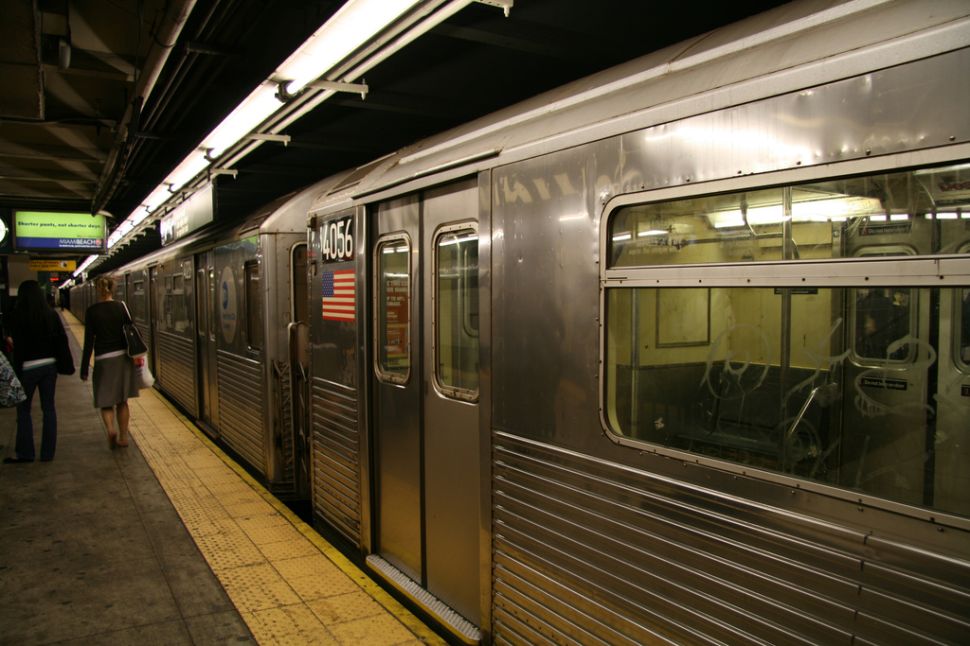