Could YouTube be heading in a dangerous new direction? Despite major investments from Hollywood, I think it it very well could be.

Mr. Green wrote that he believes the “leap the industry has made is too big.” He argues that traditional entertainment companies and VCs investing in YouTube content are spending Hollywood-level dollars on production — a move which is both ineffective, and wasteful.

How could more money, resulting in higher quality production possibly be a bad thing?

Isn’t this better for everyone?

The short answer is no.

This influx of money is tied to an old way of thinking. Traditional entertainment companies investing in this space believe video must look a certain way — everything from stories, tropes, archetypes and production techniques from TV, Film, and commercials are being reused in digital. These traditional methods perfected and developed for TV and the silver screen rarely translate to the web.

I don’t know how many times I’ve told clients that they need to shed old production and creative habits. For example, when watching commercials how often do you see the first 5 seconds dedicated to an animated logo or long establishing shot? This seemingly simple production element, which was so common in TV commercials, has time and time again resulted in a 50 percent or higher drop-off in viewership online — yet nearly every brand implements it (I found examples here, here, and here in two minutes of searching).

We must remember digital video is not TV or Film. To most anyone over the age of 25 or 30, digital video is an entirely different medium of communication than video from previous generations. This is a lesson many traditional entertainment companies are learning the hard way.

In 2012 YouTube launched their $100 million dollar channel initiative and invested in dozens of traditional media ventures, getting many entertainment companies on to the platform for the first time. As a result the old school production values and traditional storytelling devices were carried over to YouTube en masse.

Virtually all those traditional entertainment players were rejected from the platform like a bad kidney transplant, leaving their channels D.O.A. after failing to gain any real traction online. The few channels that have thrived were already native to digital — for example Vice, Buzzfeed, and Phil DeFranco’s Sourcefed.

While legions of tweens hang on every word coming from Zoella, Smosh, PewDiePie and other YouTubers, most anyone over the age of 30 is wondering what the appeal is. I know in my own conversations with brands, the content being created by YouTubers often leaves them dumbstruck.

Why are people watching this? What are they even talking about? What’s the point?

To understand this disconnect, we need to rethink how those growing up with digital video perceive it.

Millions of tweens aren’t tuning in to watch sitcoms with a clear beginning, middle, and end. They don’t need to watch tension build to some climax which ultimately leads to a clear resolution and the whole show is wrapped in a nice 22 minute long package.

For the viewers watching Zoella do her hair or Pewdiepie commenting on video games, the experience of watching these channels is like going to hang out with a friend. As I outlined in a recent post,

YouTubers, and vloggers in particular, are able to build a relationship with their fans that feels as close and intimate as a deep friendship for the viewer.

Many YouTubers to spend 10-20 minutes speaking directly to the camera, bringing the viewer along throughout a days activity. The vloggers speak to the camera in their bedrooms, they’ll ask questions, they’ll introduce viewers to their friends and family. The content isn’t produced in the traditional sense – the footage is raw, no special effects, fancy edits or sound design – but that lends to the feeling of intimacy.

Pewdiepie, a gamer with the single largest YouTube channel reinforced this point of view in a recent interview, stating that,

My fans don’t really care about professional high-end production videos either. The fact that people know that it’s just me making the videos – with no crew – has proved to be a winning concept. The thing that has made YouTube so successful is that you can relate to the people you’re watching to a much higher degree than to the people you see on TV.

YouTube has made an emotional connection with individuals scalable through a new form of video — one that relies on Community instead of Storytelling.

This differentiation between community focused content and traditional storytelling is important because so many brands and media companies investing in the space are stuck in the old way of looking at video. It’s more than a philosophical point I’m trying to make, it’s an economic one — implementing traditional production and storytelling techniques is a waste of money. Lots of money.

Most marketers and entertainment companies are working within an old framework in digital. Those that will be successful are the ones who can set aside their preconceived notions of video. They need to recognize the importance of focusing on content creation which cultivates a community.

Brands spending $250K per YouTube video via TV style commercial productions will fail. You can easily get a top YouTube creator to create and distribute content that will generate millions of views and far more engagement for half the price. How much longer can they spend 100X and get fewer results?

Fortunately, we can see indications that some brands are beginning to catch on and learn from their lessons.

This past year, rather than spending money on traditional media properties like it did in 2012, YouTube supported native YouTube creators. YouTube launched a major ad campaign with Print, TV, and Billboards promoting the likes of Epic Rap Battles, Bethany Mota, and Freddie Wong.

At the Digital New Fronts, rather than try to lure advertisers to the platform with “premium content” from traditional entertainment companies they put their native creators front and center with Google Preferred. Rather than continue to throw dollars trying to support incumbent media companies YouTube course corrected – because the reality is old media just doesn’t get it.

Brands who understand that content that creates an emotional connection with viewers is far more valuable than investing hundreds of thousands of dollars in production are those that will win.  Technology has made production a commodity and how well one individual can connect with others is what matters most today. 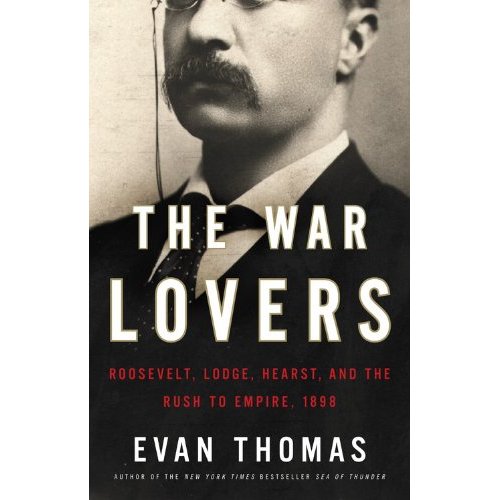