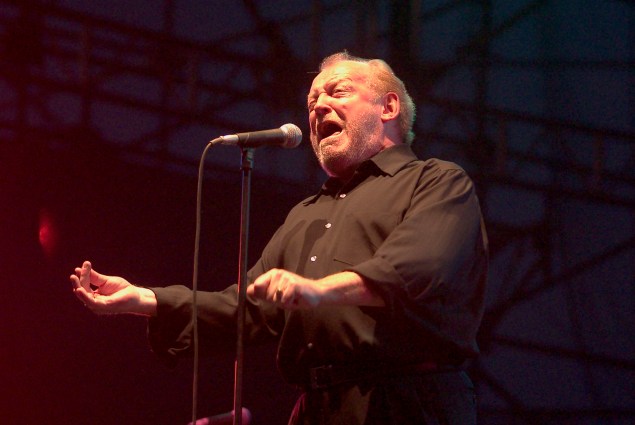 Joe Cocker taps into the yarragh—or, rather, it taps into him. (Photo via Getty Images)

In When That Rough God Goes Riding, his inventive critical appraisal of Van Morrison, Greil Marcus meditates on the “yarragh,” a term he discovered through the music critic Ralph J. Gleason, who came upon it in a film about John McCormack, the Irish tenor. It’s an ambiguous word McCormack used to sum up that ineffable element that distinguishes a great singer from a merely good one: “You have to have the yarragh in your voice,” McCormack says in the movie.

Mr. Marcus, however, expands considerably on the notion of the yarragh as it relates to Mr. Morrison. “[T]o get the yarragh,” he writes, “for Morrison, you may need a sense of the song as a thing in itself, with its own brain, heart, lungs, tongue, and ears.” He adds, “His music can be heard as an attempt to surrender to the yarragh, or to make it surrender to him; to find the music it wants; to bury it; to dig it out of the ground. The yarragh is his version of the art that has touched him: of blues and jazz, for that matter of Yeats and Lead Belly, the voice that strikes a note so exalted you can’t believe a mere human being is responsible for it, a note so unfinished and unsatisfied you can understand why the eternal seems to be riding on its back.”

While the idea seems grandiose, it feels true when you’ve gone back to listen to Mr. Morrison’s work with fresh ears. When Joe Cocker died this week at the age of 70, it occurred to me that he, too, was one of the great yarragh channelers of his time. His voice wasn’t pretty or elegant, but it had grit and soul and spontaneity, and, as one of the preeminent rock interpreters of other musicians’ work, Cocker could make a song he hadn’t written uniquely his own.

For years, I had no idea what Cocker was saying in the first line of “With a Little Help From My Friends”—a song I’d been first introduced to as a young kid in the ’90s, watching re-runs of The Wonder Years, which featured Cocker’s version and not the Beatles’ overly prim one. “Waaaatchwouldyado, if I sang out of tune?” Cocker drawls, perfectly—an eternal opening if there ever was one—which leads one to believe that the yarragh is not so much about loudness—which Cocker could do—but intensity of feeling; he was just 25 when he appeared at Woodstock to perform that tune, but he and his voice appeared fully formed.

The yarragh, as it happens, is responsible for some of the great mondegreens in musical history, such as Jimi Hendrix’s “Purple Haze” (are we excusing him while he kisses “this guy” or “the sky”?) and Elton John’s “Tiny Dancer” (hold me closer “Tony Danza”?). But the best purveyors of the yarragh do not so much put forth misinterpreted words but those that are un-understandable.

I loved #JoeCocker because he taught me that the pursuit of beauty can get ugly. And should.

Such a style, of course, made Cocker an easy target for parody, as with John Belushi’s surprisingly good, slightly epileptic impersonation on Saturday Night Live. But it was done with respect, and Cocker must have had a good sense of humor about it, because he appeared on the show to perform “Feelin’ Alright” at Belushi’s side. (Years later, Jimmy Fallon did a similar thing, mimicking Mr. Morrison’s stolid pose and incomprehensible diction.)

There are a few other musicians who have tapped into the yarragh with the same kind of force as Cocker and Mr. Morrison. Ray Charles, a big influence of Cocker’s, was one. Janis Joplin comes to mind, too—indeed, Robert Christgau drew parallels between Cocker and Joplin in a 1969 Times article, entitled “A Man as Good as Janis”—and perhaps Levon Helm, the late drummer for The Band. In a 2008 article in Paste magazine called “Searching for the Yarragh,” Andy Whitman ventured a few others: the Irish singer Damien Dempsey, the Glasgow band Frightened Rabbit and Sinead O’Connor.

But Cocker tapped into it early and often. He took on Bob Dylan, the Beatles, “Bye Bye Blackbird” (my favorite Cocker tune), “Cry Me a River” (made famous by Julie London’s sultry version but originally written for Ella Fitzgerald), among many others. He was, in a sense, like a great jazz singer, who can make any musical style subservient to his or her own talent. But unlike great jazz singers, Cocker wasn’t indebted to the words. When a jazz singer wants to escape the confines of a song, he or she might scat. Cocker, you might say, was always scatting. 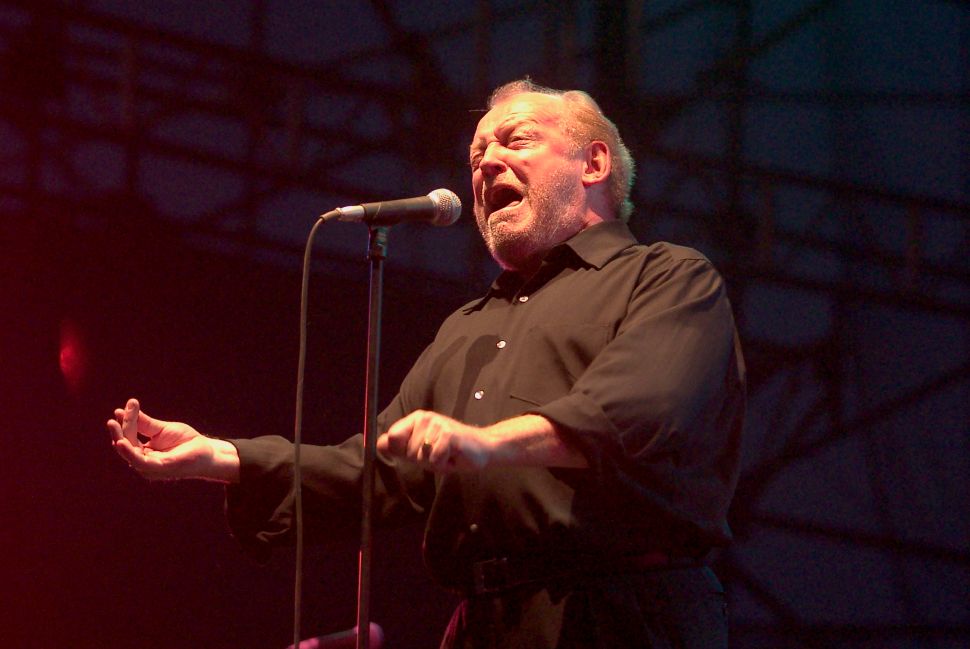