It’s been a painful holiday season for Joselyn Martinez, who, nearly three decades after her father’s 1986 shooting death, managed to track down his alleged killer who’d fled the country, and then returned to the U.S. by lying about his criminal history.

At the end of October, Manhattan judge Robert M. Stolz made the surprising decision to dismiss the case against José Martinez’s alleged murderer Justo Santos, on the grounds that it had taken cops too long to arrest him. A few weeks later, Ms. Martinez told the Observer she was determined to have the ruling appealed.

But at a meeting at the Manhattan DA’s office on Dec. 22nd, Ms. Martinez was informed that her request for appeal had been denied. Given the more than 26 years that passed between the night of the shooting and Mr. Santos’s arrest, the DA’s office determined they didn’t have a good faith legal basis to proceed with an appeal.

“I know they did everything they could to help,” Ms. Martinez told the Observer over the phone, the sadness audible in her voice. “I think their hands are tied.”

Ms. Martinez provided the Observer with a copy of the formal letter sent to her by ADA Julie Nobel. In it, she praised Ms. Martinez’s years of determined investigative work.

“Without question, it was your own hard work and diligence that led to the apprehension of your father’s killer in 2013, over 26 years after the crime’s commission,” Ms. Nobel wrote. “As we explained to you from the outset, however, our fight to sustain the indictment in the face of a speedy trial challenge by defendant would be a tough one.”

Still, Ms. Martinez insisted her fight isn’t over. Though she doesn’t have a specific plan in place yet—she’s still recovering from losing the appeal—Ms. Martinez is hoping to get Federal and State legislators to adopt laws preventing murderers and other serious offenders from being protected by the right to a speedy trial.

“Murder has no statue of limitations and that’s for a very good reason,” Ms. Martinez said. “Because there was an error or an unreasonable delay, we the people have to suffer for it? That’s not balanced.”

She also said one day, she’d like to start a nonprofit for victims in situations similar to hers.

Finally, Ms. Martinez is hoping Mr. Santos’s U.S. citizenship could still be revoked, given that he lied about his criminal history when we re-entered the United States from the Dominican Republic. A petition has already sprung up on Change.org calling for Mr. Santos’s denaturalization.

Despite the appeal being denied, Ms. Martinez said she’s “absolutely” happy she’s put so much effort into achieving justice for her father. 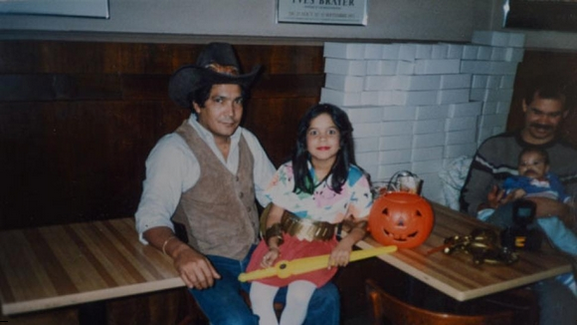