In what might have been an accidental triumph, the Duchess of Cambridge hit American fashion right on the head while attending a Brooklyn Nets game last night.

She wore a tweedy coat by the American designer Tory Burch, who is the preferred clothier of preppy American ladies of all ages. Though the coat was a bit formal and stiff for a basketball game, its provenance brings to mind the millions of girls who tailgate at sporting events in Tory Burch flats.

Even more perfectly, she wore a pair of tight, black J. Crew jeans that look suspiciously like leggings — a garment that is practically a uniform for a certain type of American woman. You know the type — some may call her basic, but we’ll say she’s the U.S. equivalent of a Sloane Ranger. It’s fitting that, since the Duchess opted not to wear a girly Nets jersey or sorority T-shirt as a typical upper-middle-class girl would, she paid homage to these Corona Light-loving sporty girlfriends through her choice of trousers, which, specifically, are J. Crew toothpick jeans.

Beyoncé, on the other hand, crossed the court to shake hands with the Duchess while going for a different look entirely. She wore a pencil skirt, blouse and blue statement clutch. Hopefully, a playdate between Prince George and Blue Ivy is in the works.

After last night, we’re led to believe that either the Duchess has some well-placed American fashion sources who told her exactly how we dress at sporting events (this type of intel can’t be gleaned from red carpet or paparazzi photos of American celebs), or this was a happy accident. Either way, we’re glad she didn’t complete the outfit with a pair of chestnut Uggs.

(CORRECTION: A previous version of this article stated that the Duchess was wearing leggings. She is, in fact, wearing more of a jegging.) 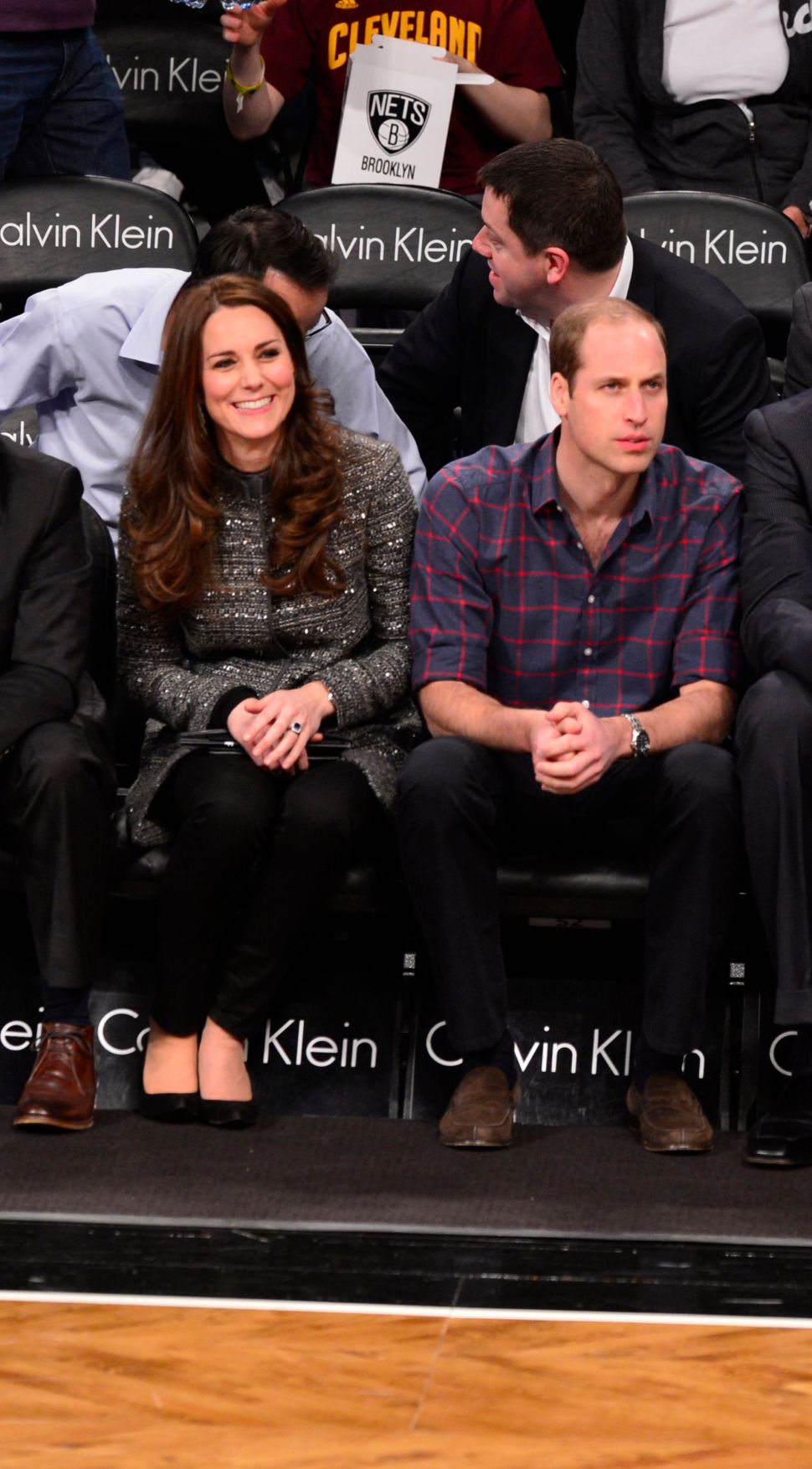