In this week’s coast-to-coast red carpet contest, we have British actress Rebecca Hall and southern belle Reese Witherspoon, who have adopted opposite coasts as their homes.

Ms. Hall, a frequent player on Broadway who spends time in London and New York, appeared in New York City at the Night at the Museum: Secrets of the Tomb premiere. She wore a long-sleeved, crisp white dress, sheer black tights, buckle-heavy booties and a jewel-encrusted clutch. She also sported a borrowed-from-the-boys, slicked-down, side-parted hairstyle.

Meanwhile, on the west coast at the premiere of Inherent Vice, Ms. Witherspoon went for a pink, sleeveless dress that, with a longer hem, would have looked appropriate on Michelle Obama. She also sported a side-part, albeit with a more natural texture.

Although Ms. Witherspoon’s hair and makeup are on point, her dress is a bit mussed and the entire ensemble is not exactly December-appropriate; it’s chilly in LA this time of year, too. Ms. Hall clinches the win for NYC this round, putting our current total at 10-4 in favor of New York. 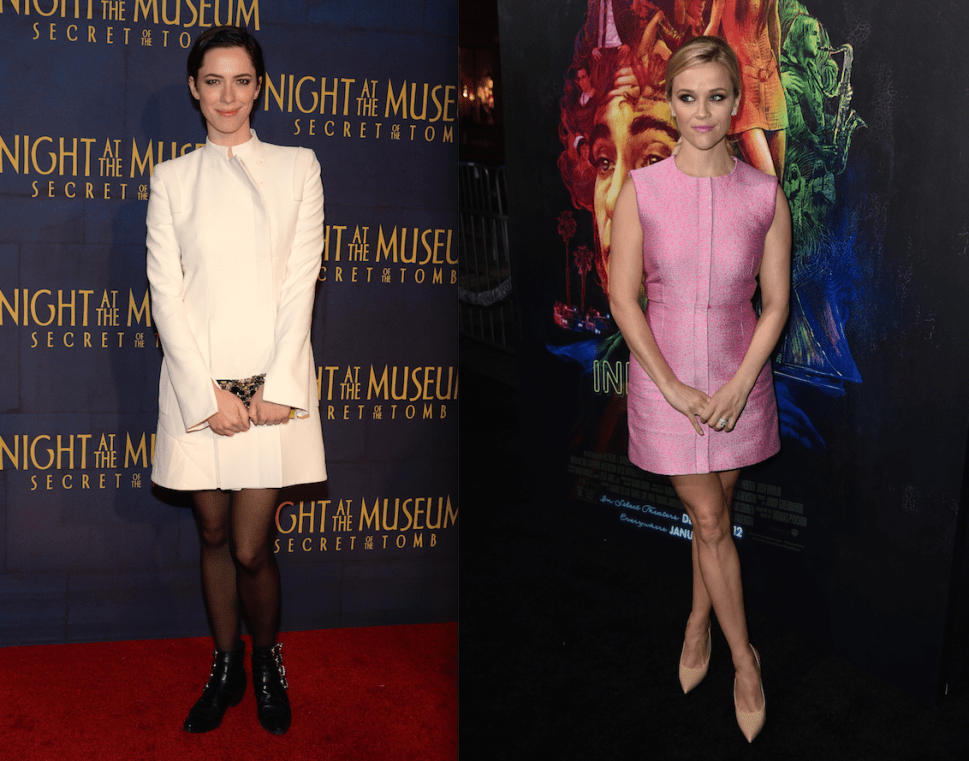