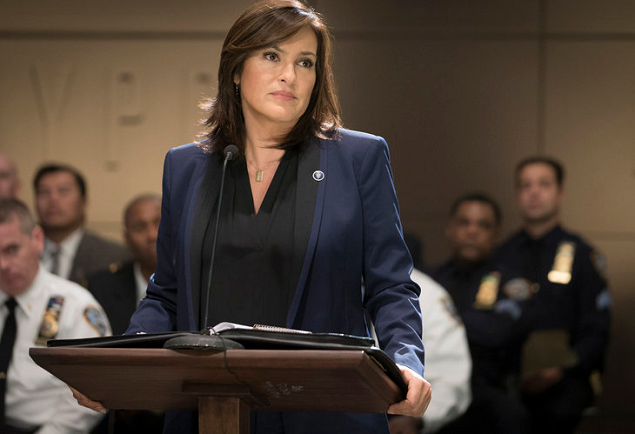 There’s that famous saying, ‘if it ain’t broke, don’t fix it.’

A lot of people believed that in its twelfth season Law & Order: SVU had become broken with the loss of a beloved co-star and a showrunner who’d led the series for nearly its entire run. Many asked, ‘how can this show go on?’

That question was answered pretty early in the thirteenth season. There were several parts to the solution – new cast members, a new showrunner, new writers, and new storytelling methods – all culminating in a revitalized version of SVU.  Thus began the year of SVU 2.0 as TBTP and fans alike have dubbed this new incarnation.

The important thing about the show that has never changed, has never been lost or pushed aside, is the principle that the stories told within each episode are rooted in fact and address some very serious social issues.

In this episode, when a young woman is attacked and raped, the squad jumps into action, quickly realizing that they have a serial predator on their hands. The perp’s M.O. leads Rollins to recall a similar series of assaults that took place when she was working in Atlanta.

Benson sends Rollins and Fin to Rollins’ old precinct to gather the victims’ rape kits, which have been sitting, untested, among thousands of others in a disorganized warehouse. While there, they also talk to one of the victims and Rollins has an uncomfortable run-in with one of her former superiors, Chief Patton.  (Harry Hamlin, who plays creepy extremely well.)

Back in New York, because Deputy Chief Dodds thinks the case isn’t being closed fast enough, he demands Sergeant Benson appear before CompStat to detail what she and her team are doing to apprehend the perpetrator.

As Benson is being grilled by the clearly hostile panel, the Deputy cuts the interrogation short, stating that while this meeting was in process another young girl was attacked.

The twelve-year-old was grabbed but fortunately her dog bit the man and she was able to get away but not before she planted her headphones in the backseat of the car she was shoved into. She was also remarkably aware enough to glance at the license plate of the vehicle and recall some details about it. (This girl should consider a future with the force!)

After running down the owner of the car, who turns out not to be the rapist, the team captures the man who is responsible for the crimes and not only do they get him to admit to the attacks they know about, but Carisi plays some cat and mouse with the guy and manages to get him to confess to other assaults in several jurisdictions.

At the end of the episode, Benson, once again having been called in from of the CompStat regime, explains exactly the steps her team took to nab the guy, while at the same time making an impassioned plea to the panel for the absolute need to clear the rape kit backlog that unfortunately is so prevalent in many areas of the country.

She doesn’t spell it out, but the inference is there – that if the kits in Atlanta had been tested and logged into the national database, there is a likelihood that this perpetrator would have been stopped earlier and the twelve-year-old, and maybe others, wouldn’t have been attacked.

This discussion of the rape kit backlog is one of those aforementioned issues that SVU is known for incorporating into its storylines so effectively. The problem was first discussed in a 2010 episode entitled “Behave” and his been mentioned in several other episodes as well.

It’s no secret that clearing the backlog is a personal cause of series star Mariska Hargitay. Through her Joyful Heart Foundation she’s helped to create awareness of the issue and secure needed funding to test and log the thousands of kits that have been neglected, many for several years. She’s met with several law enforcement and government officials, including Vice President Joe Biden, to plead for action. Her efforts have been met with positive results and recently 35 million dollars has been allocated to help making clearing  the nationwide backlog a reality

Knowing this, when listening to Benson’s speech to CompStat, many fans may have wondered if these were the same words, the same speech, that she’s given more than once to implore others to join her in this mission.

The beauty of this is that to those who were sort of blissfully unaware of this issue until this episode, that speech and will hopefully spur those people to join the cause.

It was a privilege for viewers to see something like this, something that unless you’re in government or law enforcement, you would never have been privy too. That’s where the television medium truly shines, when it’s used as a platform to encourage positive action.

Aside from the serious issue addressed in this episode, there were several personal problems that popped up for the squad members as well.

Benson was called to a hearing by Child Services regarding Baby Noah’s placement. Of course, that hearing was right in the middle of Benson’s dogged pursuit of the predatory rapist and a follow up hearing conflicted with her scheduled appearance at CompStat. But, just like any busy parent, Benson made it work. She texted the family court judge  and asked for an earlier appointment.

At that meeting, the judge made it clear that she’s a fan of Benson’s and wants this placement to work, but she needs to be confident that Benson can handle her high stress job and motherhood.

When Benson asserts that she’s fully committed to loving and caring for Noah, the judge seems convinced, but that’s where the meeting ends. So it seems for now, Benson is in the clear, but the drama clearly isn’t over yet as she’s still under the watchful eye of Linden.

It seemed like Benson did a lot of defending herself this episode, and not with force or a weapon; she defended her job skills to the CompStat panel, she defended her parenting skills in court and with Judge Linden, and she seems to have won on both fronts, even, surprisingly, getting a compliment  from the usually hard-assed Chief Dodds, but her struggles are clearly far from over.

It’s amazing that a show labeled as a ‘procedural’ continually manages to explore personal issues in this manner. At the beginning of the season, EP Warren Leight stated that the theme of this season is family, an unlikely theme for a ‘crime’ drama, but he and his staff have stuck to that and it’s working rather well. (Dropping a breadcrumb for you here – steel yourself for what’s to come with regard to ‘family’ in the New Year.)

Concerning Baby Noah in this episode, Leight fully admitted that he likes to make fans anxious, but that it’s never his intent to truly upset anyone, saying, “C’mon. I’m not going to take Baby Noah away right before Christmas. What kind of weird, sick showrunner would do that? I think people should give me a little credit.”

Many fans have also asked, ‘Will Trevor Langan be back?’ to which Leight responded, “Well, he is Baby Noah’s attorney, so…..” He goes on to explain a bit more, saying, “Langan became Noah’s attorney before he learned that Benson would be involved with the baby. Those two do have some history as that makes it more interesting. Yes, he’s a defense attorney and has defended some pretty skivvy criminals, but he’s doing this pro bono. I just think defense attorneys like him who do the kind of work we’ve known him to do in the past are happy to do something a little more positive. And I think Peter Hermann, as an actor, is happy to do something positive as well.”

While Leight may have a light touch with this area of the show, he clearly hasn’t let up when it comes to putting his detectives through the wringer.

As fans will recall, last January began ‘the winter of discontent’ within the SVU squad room. When asked how this winter will compare to last, Leight didn’t hesitate in saying, “That was an absolute Indian Summer compared to what’s coming up.” (Yikes!)

The newest promo reveals that 2015 will kick off with Rollins facing her past, particularly what happened in Atlanta with her former supervisor, Chief Patton. Leight cautions fans that what comes to light is as gut-wrenching as they suspect it will be, “but not for what seem like obvious reasons.”

Following that, there’s an episode in which Amaro finds himself in the middle of a traumatic situation once again. (Can’t this guy catch a break? Apparently the answer to that is a definitive, ‘absolutely not.’)

To give fans some good news to tide you over during this mini-hiatus, Leight did mention that an upcoming episode will feature a guest star that has me, and I’m sure will have many, many others, excited. It’s someone who, given their long list of credits, you would have thought has already appeared on the show, but alas this person has not. Sorry that I’m not allowed to make the announcement here and now, but some anticipation can be a good thing, especially when the reveal is guaranteed to be a positive thing.

Nine episodes in to season 16, way to go SVU, you’ve certainly proven that you ain’t broke. 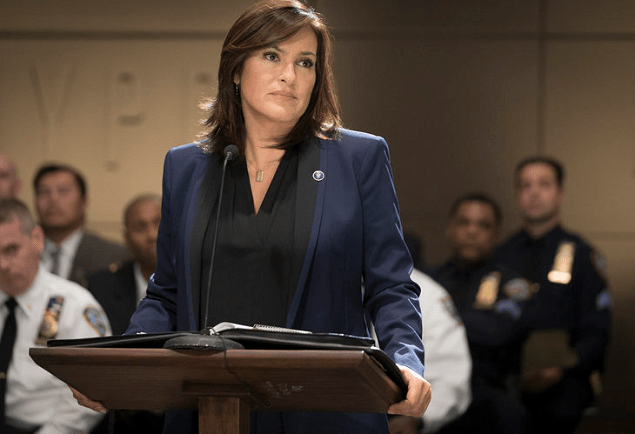