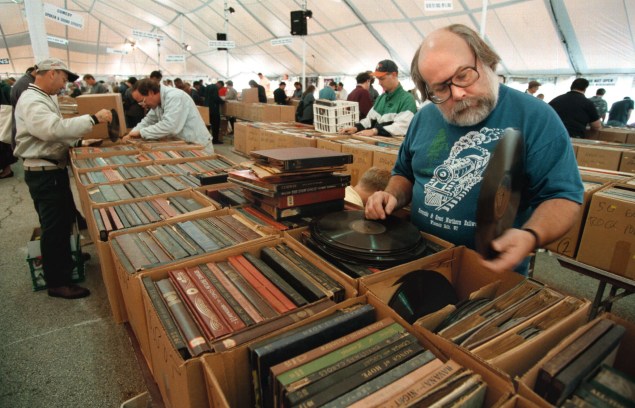 We were waiting for the rock show to start the other night when talk turned to how we consume art these days.

As the discussion rolled on and gathered steam, my brother-in-law, who happens to be in book publishing, thundered—thundered!—“There is an ontological difference between listening to a song on a CD that you own and streaming it on Spotify!!” He went to University of Chicago.

I’m Irish enough that when someone attempts to pass off a broad and biased emotional impression as an immutable law of nature, odds are high that I will stake an equally extreme opposing position.

So I said—after “What the hell does ‘ontological’ mean?”—“You’re right. Streaming music is WAY BETTER than owning music!”

His point, he was eager to clarify for me, is that music from a personally curated collection has a profound psychic essence that free virtual music will never have, by virtue of its having scaled one’s aesthetic, social, and financial elimination bracket to be deemed worthy of physical ownership … and my personal record collection was a perfect example.

I countered with a flurry of extemporaneous and exaggerated negations:

“I do not have a personal relationship with my record collection—except as a sad pointillist reminder that there are so many records I want but don’t have.”

“My record collection is a monument to constant feelings of gnawing want.”

“The ontology of music ownership is that of corporate manipulation of some mutated but deep-seated hunter-gatherer impulse within me, which illuminates the sad state of my survival instinct and makes me hate myself.”

Our discussions are often this combination of strident provocation, comic indignation and withering dismissal, often followed by that kind of prolonged laughter that makes your eyes a little bit.

Still, even by those standards, if I’m being totally honest—not blocking at all—I have to admit that even I was slightly taken aback by the id-less ferocity I brought to my declarations.

I unplugged my CD player from my stereo system a little over three years ago and plugged in my laptop. I had arrived in the promised land—or at least Spotifyland—no more bulky records and CDs strewn about my home requiring alphabetization, no more ripping, no more glitchy files downloaded nefariously from KaZaa needing to be retitled and volume equalized, no more agonizing how I would parse my eMusic allowance, no more checking and unchecking tracks in iTunes so I could get just the right 19,873 songs on my iPod classic – well, the list goes on.

I was sure that I would quickly recruit the most fervent music aficionados among my friends—“freaks” as we call ourselves—to jump on board and start listening socially—you know, together—anytime we wanted to. Let’s listen to that new album together, let’s work on a playlist of exemplary Neil Young covers, let me send you a song that I think appeals to your aesthetic—and let me send it *right now*, instead of maybe randomly remembering, the next time I bump into you, that I heard a song you might like, and would be happy to try to maybe remember to burn it for you and give it to you the time after that. It was like a door—inside my house!—to everyone’s dorm room, where we would get together, kick back, and listen to some music and talk about it.

I can report that men of a certain age, and it’s pretty much all men, who pepper their discussion of music with terms like “album” and “stereo system”—at the least the ones I know—have been slow to embrace this once unthinkable slice of heaven, to my utter and complete mystification.

So maybe it was that frustration—along with the—again, not blocking at all—guilt over a delivery and compensation system that is exploitative of artists at a level surprising even for an industry that was built on artist exploitation—do I remember right that Michael Jackson was making 8 cents on every album sale and that was considered a coup? WTF? – but, yes, frustration that my freaks weren’t in the boat with me, that informed my final blurt on the topic: “I don’t want to listen to my record collection. I want to listen to YOUR record collection!” 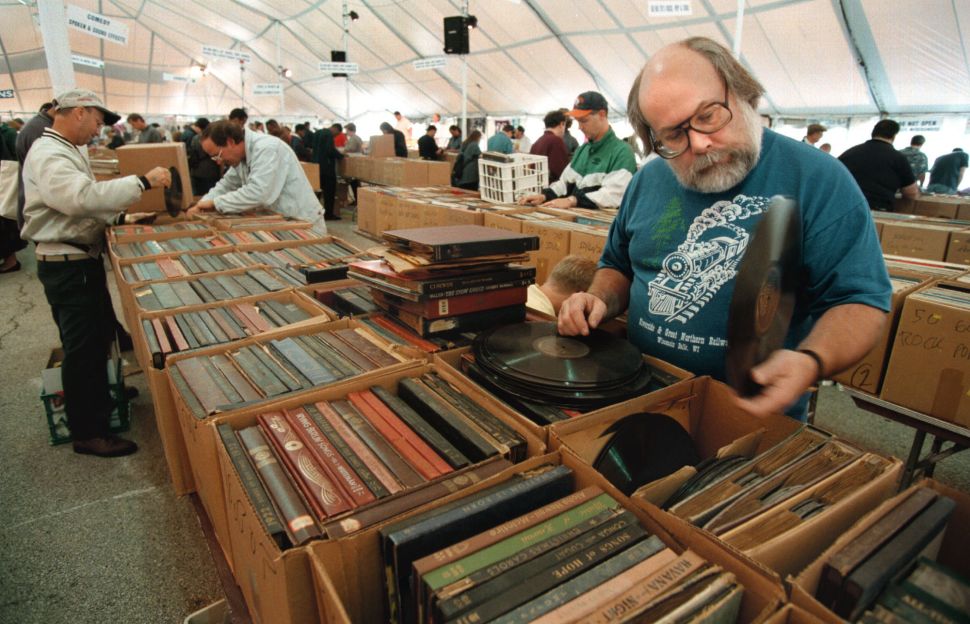