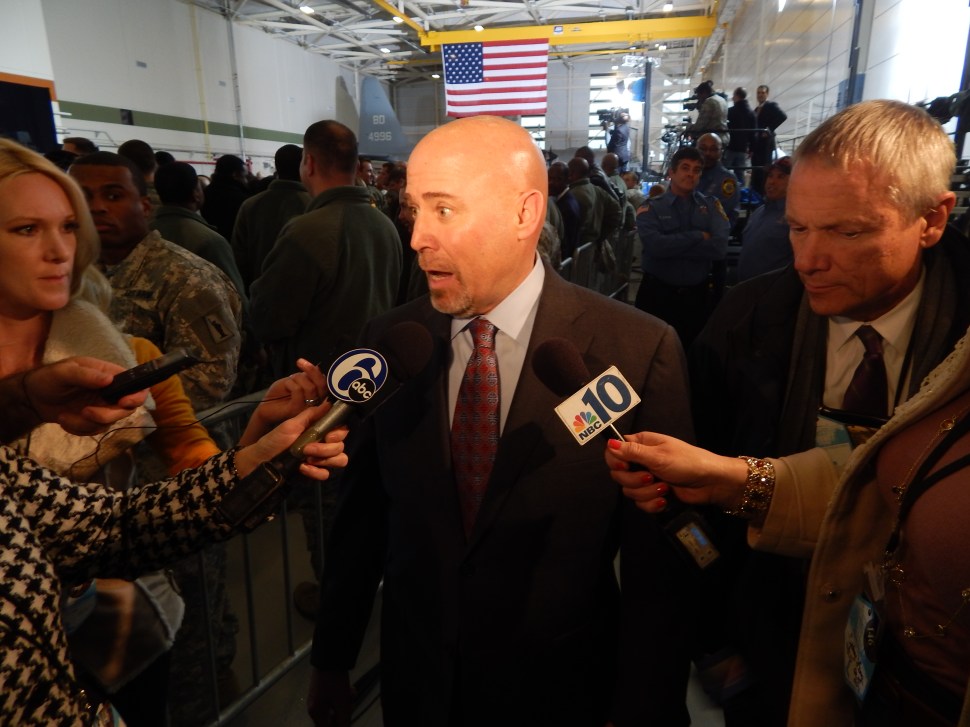 MACGUIRE AFB — Speaking to members of the press ahead of a visit by President Barack Obama here at Joint Base McGuire-Dix-Lakehurst, U.S. Rep.-elect Tom MacArthur (R-3) said he wants to make it his “number one priority” as South Jersey’s third congressional district representative to maintain the bases’ role in “vital missions” overseas.

He said that means the up-to-date maintaining of certain military equipment on the base, including the replacement of McGuire Air Force Bases’ current aerial refueling and strategic transport aircraft, the Boeing KC-10, with new KC-46 Pegasus’s, the former which he called the “most used refueling tank we have right now.”

“It’s obviously vital to this region, but it’s also vital to our national security,” MacArthur said. “This is a multi-mission base, it’s close to our European allies and to most of the conflicts that we’re engaged in right now, and I think we need to continue that right here in this region.”

MacArthur, who recently won a heated election in South Jersey’s CD3 race against Democratic hopeful Aimee Belgard, is set to join Congress’ freshman class beginning next year and has already nabbed a seat on the House Armed Services Committee. He said the position will help him represent the third district, which includes Joint Base McGuire-Dix-Lakehurst, the largest employer in the district and second largest in the state.

Asked what he thinks of Obama’s visit here today, where the Democrat is expected to appear alongside New Jersey Gov. Chris Christie, MacArthur welcomed the opportunity to rally the troops. 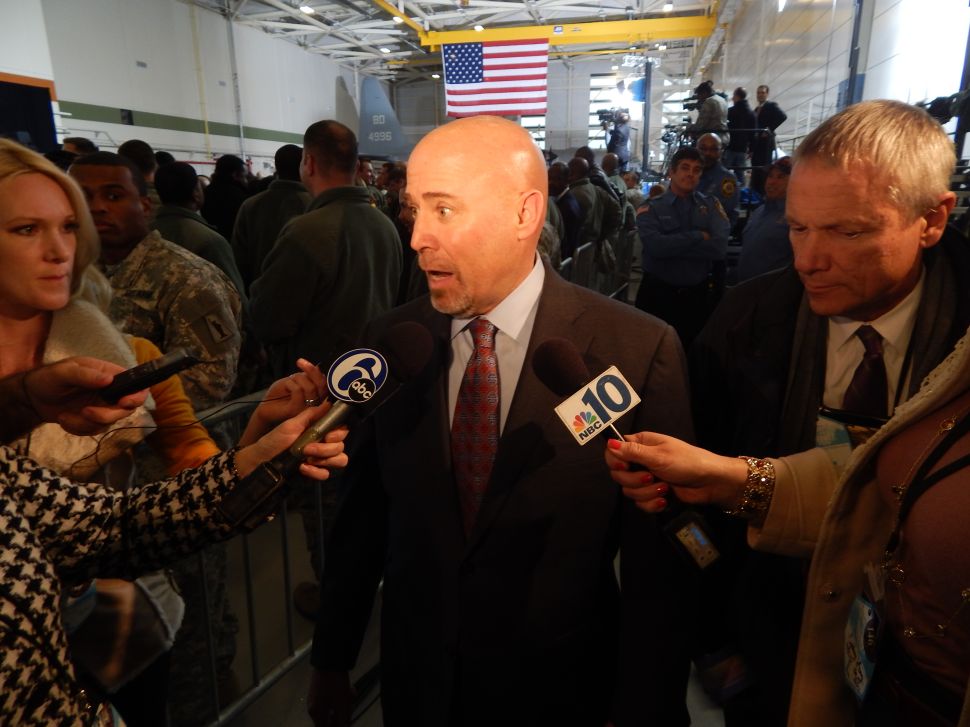