A majority of New Yorkers want protesters to stop clogging streets, highways and bridges, according to a new Quinnipiac University poll.

The poll found 57 percent of New Yorkers want protesters, who have stopped traffic in the weeks since grand juries voted to not indict police officers in the deaths of black men in Staten Island and Ferguson, Mo., off the streets. Thirty-four percent say they should be allowed to block traffic.

“In the Eric Garner case, New Yorkers agree with the protesters, but they don’t agree with their tactics,” said Quinnipiac University Poll Assistant Director Maurice Carroll.

Despite Mayor Bill de Blasio’s decision to let the anti-police brutality marches repeatedly fill important roadways and bridges, a large majority of voters approve of the mayor’s handling of the fallout from the Eric Garner case, where a police officer placed Garner in an apparent chokehold that many say led to his death in July. Approval of the Mr. de Blasio’s handling of protesters is at 60-30 percent, the poll found.

“But we don’t want the protesters to block the streets. Should you express your disagreement by tying up traffic for other people? Most white voters don’t think so. Black voters are more ambivalent,” Mr. Carroll said.

Approval for Police Commissioner Bill Bratton also continues to fall. Only 44 percent of voters give Mr. Bratton a thumbs-up while 39 percent disapprove, compared to a 47-35 split in a November Quinnipiac poll. This is the lowest number for a top cop in more than 12 years, according to Mr. Carroll.

Sixty-one percent of voters also want Attorney General Eric Schneiderman to investigate cases where a police officer kills an unarmed civilian, as opposed to 27 percent who want to leave those cases in the hands of local district attorneys. 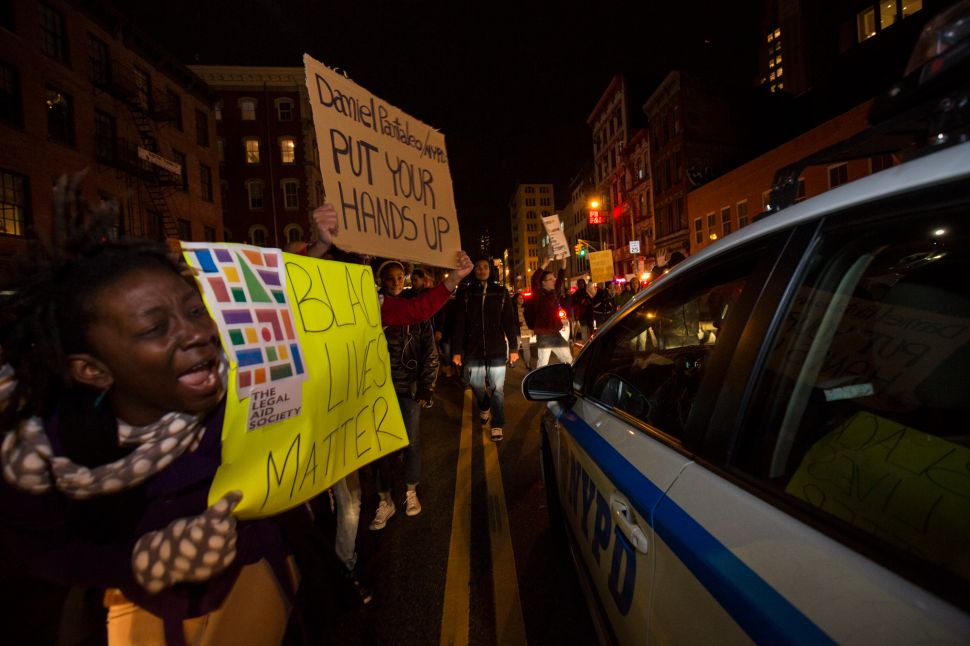