Every year, a local congregation is left devastated when some alcoholic teenager makes off with the centerpiece of the church’s nativity set. But watch out, legions of liquor: Baby Jesus is plugged into the Internet of Things.

Brickhouse Security, the same company who made the Airbnb-specific home security system, is providing GPS trackers for free to any church that needs one for their Baby Jesus. They’ve run the program for years now, but demand for the trackers increases every year as word spreads among affected churches.

“At some point, almost every church that has a nativity scene has a problem,” BrickHouse Security CEO Todd Morris told Betabeat. “How do you explain to kids showing up for Sunday School that someone stole Baby Jesus?”

Brickhouse has tons of these sensors to spare—during the year, hundreds are rented out short-term to events like the Indianapolis 500, or for tracking shuttles at the Olympics. But the trackers are mostly dormant for the midwinter, and are sitting ready to be plugged into little plastic babies.

Here’s how it works: First, the trackers are jerry-rigged into Jesus with some duct tape and a plastic bag (“The secret: Most Baby Jesuses are hollow,” Mr. Morris said). When the manger is rustled, motion sensors awaken Baby Jesus, who sends text alerts to the clergy. If the proxy Son of God escapes a pre-determined geofence, another alert tells the pastor that Baby Jesus is on the move.

At that point, a minister can pull up a map and either follow in Christ’s fast-fading footsteps himself, or he can call the police. Many parishes are small enough that the preacher already knows which local kids live in which homes, and Brickhouse says that a home visit is the most common route to recovering the stand-in savior.

“We had one pastor who saw the dot on the map and knew whose house it was and what teenager lived there,” Mr. Morris said. “When the parents opened the door, he just said ‘I’m here for Baby Jesus.’”

Our recommendation: Clergy should err on the side of caution and call the authorities. You never know what kind of hostile forces have flown the coop with the child Christ, and those confrontations are best left to police.

You can always decide whether to press charger or to turn the other cheek at a later date. 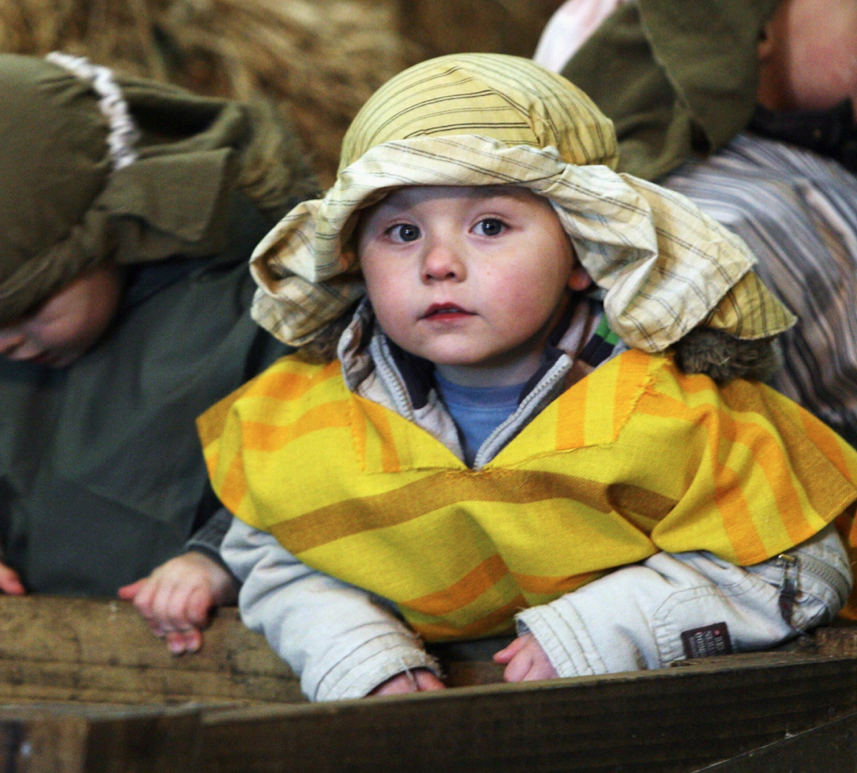