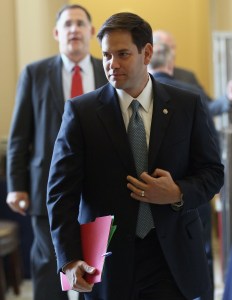 Its been a rough few days for Florida Senator and presidential hopeful Marco Rubio. On Wednesday, Jeb Bush, a former governor of Florida with name recognition, announced that he is formally exploring a presidential bid for 2016. That decision immediately meant that Mr. Rubio will now have a difficult time even carrying his home state in a Republican presidential primary and cooled his support among many of Florida’s biggest Republican donors who will now likely lean toward Mr. Bush.

Then, on Thursday, President Obama announced a major shift in U.S.-Cuba relations, putting the two countries on the path to diplomatic relations and easing the bans on travel and trade. Normalizing relations with Cuba is a policy that was supported by a majority of Americans before the President made this decision, but many Cuban Americans in Florida, like Mr. Rubio, oppose this move. Thus, Thursday’s news has placed Mr. Rubio in the position of taking a strong positon on an unpopular side of the issue.

Mr. Rubio will have a great deal of influence among fellow Republicans in the Senate on questions of ratification of any agreements around Cuba. Senate Majority Leader Mitch McConnell (R-Ky) has said, “I think he (Mr. Rubio) knows more about this than almost anybody in the Senate, if not everybody in the Senate, and I wouldn’t differ with his characterization.” While this demonstrates Mr. McConnell’s confidence in Mr. Rubio it is also a bit patronizing, almost like saying “ask the Jewish guy” when a question about Israel comes up, and suggests that Senate Republicans will let Mr. Rubio take the lead on the Cuba issue.

Senator Rubio passionately criticized President Obama, fuming that the president “has proven today that his foreign policy is more than just naive. It is willfully ignorant of the way the world truly works.” This criticism, however, reveals Mr. Rubio’s naiveté about “how the world truly works.” In reality, the U.S. has diplomatic relationships with, and sometimes gives assistance to countries with human rights records that are considerably worse than Cuba’s. This has been true of administrations regardless of party or ideological bent. To be unaware of that is to either know nothing about U.S. foreign policy or to be so myopically focused on Cuba that any sense of perspective is precluded. That would not be a problem if Mr. Rubio was not seeking votes outside of Florida, but will turn into a problem if he wants to be his party’s presidential nominee.

The quandary for Mr. Rubio is that politically he cannot abandon his Cuban American base, despite the reality that they are, in the long term, on the losing side of this issue. However, if Cuba policy remains an issue in front of Congress for several months, Mr. Rubio will become known among many as simply the pro-embargo politician. This is no way for a senator to build a national profile — or a presidential candidacy. 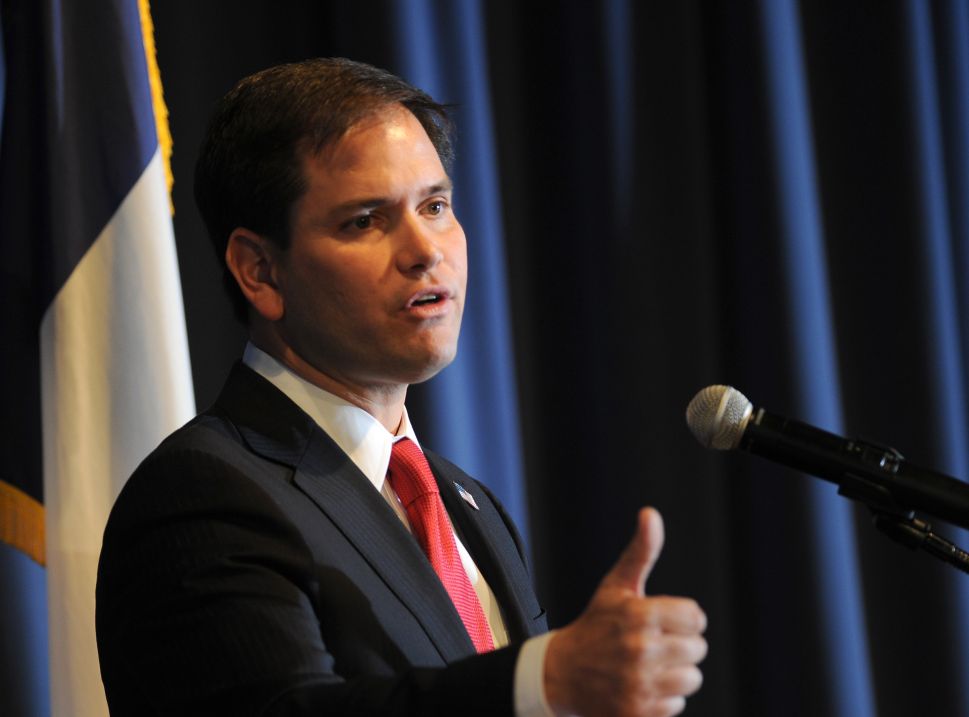