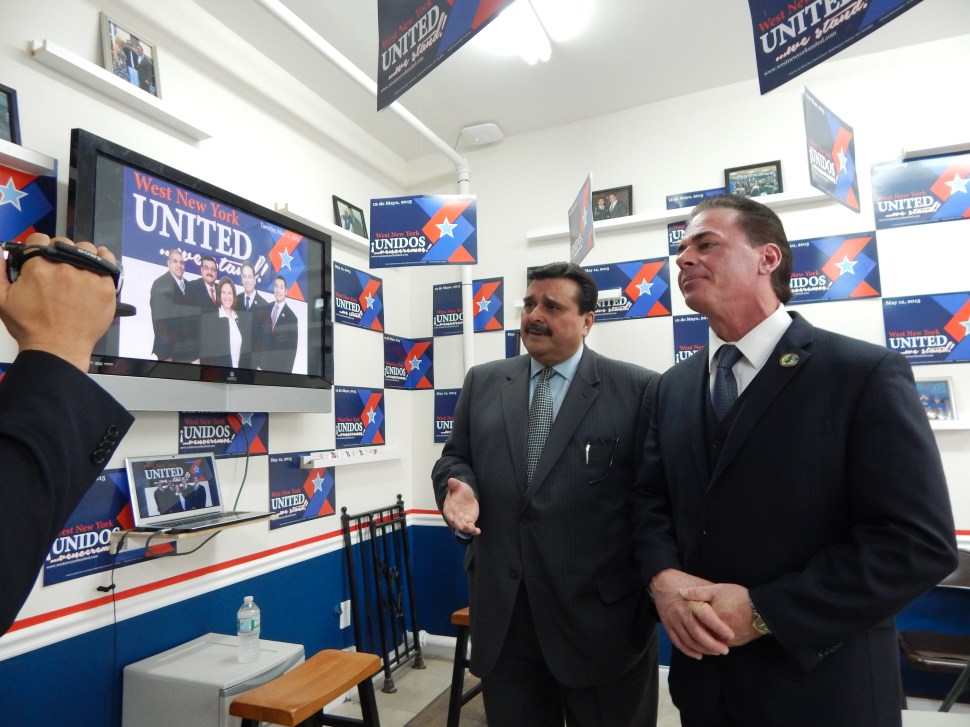 Some political observers expected Munoz to join Wiley on the ticket, as both officials find themselves at odds with the city’s embattled mayor, Felix Roque.

Wiley is challenging Roque after just one term in the seat, while Munoz testified against Roque and his son at a federal trial after the two were indicted for allegedly hacking into and bringing down a website to recall the mayor (www.recallroque.com) that Munoz had set up anonymously.

At his campaign kickoff event today, Wiley said that the slate had “put out the olive branch” for Munoz to join the ticket, but that the freeholder passed. He said the door is “always open” to him.

“These are the best of West New York,” Wiley said. “The door is always open.”

The campaign launch today saw the city’s United party introducing its full list of candidates, which includes Carlos Betancourt, Myrli Sanchez, Hector Hernandez, and Thomas Leung, few of whom have worked in the 50,000 resident city’s government. But Wiley said he intentionally reached outside the city’s current leadership, including its commissioners, for the most qualified candidates.

Leung is a municipal engineer and attorney, he noted, while Sanchez had served as CFO of her father’s company and ran unsuccessfully for the West New York Board of Ed. Wiley suggested the city’s current commissioners, by comparison, were “puppets” of the establishment politics he hopes to fight as mayor, with no real experience.

The city’s current commissioner board includes FiorD’Aliza Frias, Ruben Vargas, and Caridad Rodriguez, who he said ascended the political ladder with the help of U.S. Rep. Albio Sires (D-8).

Wiley expressed some skepticism over a ticket that might have included some of his fellow commissioners, saying many of them are beholden to “politics” and “personal agendas” — as well as the Hudson County Democratic Organization, the reigning county political establishment that came out in favor of Roque’s re-election earlier this year.

“Each one of these commissioners, two of them that came on, didn’t even have a job when they became commissioners,” Wiley told PolitickerNJ in an interview following the event. “They had no careers. The other one, Cari Rodriguez, she was an Albio Sires person, she was there to represent him on that board. She was someone who was taking care of family, both he children work in the school system. Also the husband was well taken care of by the Democratic organization, he’s an employee in Weehawken.”

Wiley said the commissioners “are being fed by [Roque]. He wanted the situation to be so that he had his thumb on their heads — that at any other time they stepped out of line, didn’t vote, he’d attack the job or take it away.”

“I just want quality for people,” he added. “I’m not looking for puppets.”

Wiley went on to blast Roque’s leadership over the last two years, saying the at-times-caustic official has wracked up over 18 lawsuits during his tenure, costing taxpayers over a million dollars. He said this kind of “foolish, reckless” behavior is what he hopes to curb.

“We’ve seen his behavior when he acted out against the [HDCO], just acts out against everybody,” Wiley said, referring to Roque’s surprise endorsement of Republican challenger and state Sen. Joe Kyrillos (R-13) during U.S. Senator Bob Menendez’s (D-NJ) re-election campaign in 2012.

Asked if he expected Munoz’s endorsement in the race, Wiley shrugged.

“Endorsements are endorsements,” he said. “It hasn’t meant anything in the past two years here to be endorsed.” 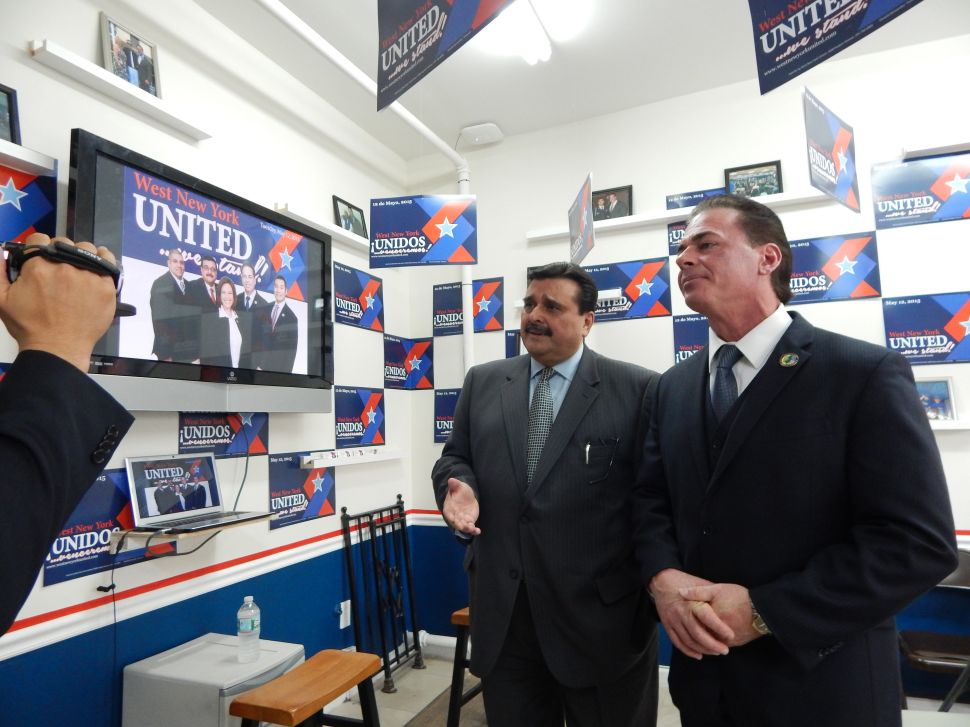