The most iconic building in New York comes alive only a few times a year. The normally static colored lights of the Empire State Building begin to move only on holidays or for special events, becoming more of an art installation than simply illuminating a piece of architecture.

The animation of the building began just two years ago, when it was outfitted with new LED lights. At the time, Empire State Realty Trust Chairman, CEO, and President Anthony Malkin decided he wanted to do something different with the building.

The lights on the building are a car, and Mr. Malkin needed a driver—or at least that’s the metaphor Marc Brickman, the Empire State Building’s lighting designer, uses to describe it. With decades of rock and roll lighting expertise, he was chosen to bring a new vibrancy to the already bright building.

His second annual holiday light show began this weekend–concluding on Christmas Eve at 7 p.m.–and each night Mr. Brickman lights up the skyline. The Observer spoke to the acclaimed lighting designer by phone before the show to learn more about the man behind behind the lights.

So how did you end up as the Empire State Building’s lighting designer?

The way I usually get most of my jobs: it’s really something that I’m not expecting. I got a call from Ron Delsener, who is a very well-known rock and roll promoter in New York, and he said he had spoken to Tony Malkin and put my name forward–Tony was looking for something a little different, he didn’t want the typical architectural lighting designer. He wanted something with a little more risk, an edge. I joined a list of I don’t know how many people, and they asked what would I do if I got the job? I suggested that we use video to control the lights—in other words pixel mapping—instead of just the lights going on and off. So I could bring in a control system that accepts video [allowing] the lights to become animated. It would become more of an art installation rather than just on, off, red, green, blue. To my surprise no one else, from what I heard, approached it that way.

What kind of things do you take into consideration when designing the light shows?

When I was a kid in Philly, my parents used to bring me up to New York to see shows on Broadway. I always remember driving on the Jersey turnpike and seeing it in the distance. I remember going up to the observatory with my father and mother. I think it’s the most iconic building in the world, just because it’s been in everyone’s consciousness for so long and I think it has a real meaning for everyone. A lot of thought went into the history and being able to pay homage to it so that you’re not cheapening the legacy. To make it come alive in the 21st century.

Because there are certain rules and regulations as to what can be done and how the lighting is perceived on a historical building, there were some real challenges. Most of all it was to have it to continue to honor its legacy, which was one of the basic design tenets for me. Because it’s a building that’s there every day, its not one of those shows that goes from city to city. Its there, its not going anywhere. So its very lasting.

How do you program them?

Its all based around music. We listen to the music and then start figuring out color palettes based on the sound of the music and the rhythm, the cues the singing. First we figure out colors and patterns and whats important and what are the accents. So we use the music as the guide. Then we have all these channels and we access the channels and tell all the lights what to do and stick in the video effects. We just start building layers. Its similar to photoshop layers where you start building layers and layers which are all cues. You have a section of cues and you record that and you go into the next section and then you link them all together. Its like video editing, really.

Where are you while the show is going on?

Sometimes I’m onsite. A lot of the times, I know a few people who have rooftops or I stay at a hotel very close to the building, about six blocks from it which gives me a perfect view. But sometimes I’ll sit in the building. That’s a lot harder to do because you’re not sure whats going on. There’s no cameras or monitors to watch what’s going on. There’s a gentleman I work with, Deitrich Juengling, and he’s actually pushing all the buttons. He’s technically the guy that’s making it happen in the moment. We do it together.

So you don’t get to do a practice run beforehand?

That was probably the craziest part of the first night we ever did it, when they told me you’re not allowed to practice. That’s never happened to me in all these years. But they said no because all the news stations point their cameras towards the building. Finally, they relented the night before Thanksgiving [and] gave me one minute on the west fascia of the building to look at some stuff. I was allowed to do six 10-second tests and that was it. But it was fun, because while we were on the rooftop, suddenly I hear all these drums and horns and bands and we realize that below us they were starting to stage the Macy’s Thanksgiving day parade. What we were doing wasn’t that big of a secret after all.

How did you get your start in the field in the first place?

When I was in my teens in Philadelphia, I used to sell 45RPM records on the weekends to make some money so that I could afford to take girls on dates. I used to do this thing at fraternities and sororities with my buddy, he was a DJ and he would do the DJing and I would build a light show. It was just a way to earn some money and meet girls and to have fun on the weekends when you’re 15 or 16 years old instead of hanging out at the shopping mall. When I was 19, I met Bruce Springsteen before he was Bruce Springsteen. I started working with Bruce in the clubs in Jersey, Philadelphia, Delaware, New York. And then obviously we know the rest of that story. Because of Bruce—he was taking off and I was there—my lighting was getting recognized. I started meeting a whole bunch of other acts. I met Pink Floyd, they called me the night before they opened “The Wall.” And it just went on from there. I never really was able to take a breath to be honest with you. It just kind of was a snowball. 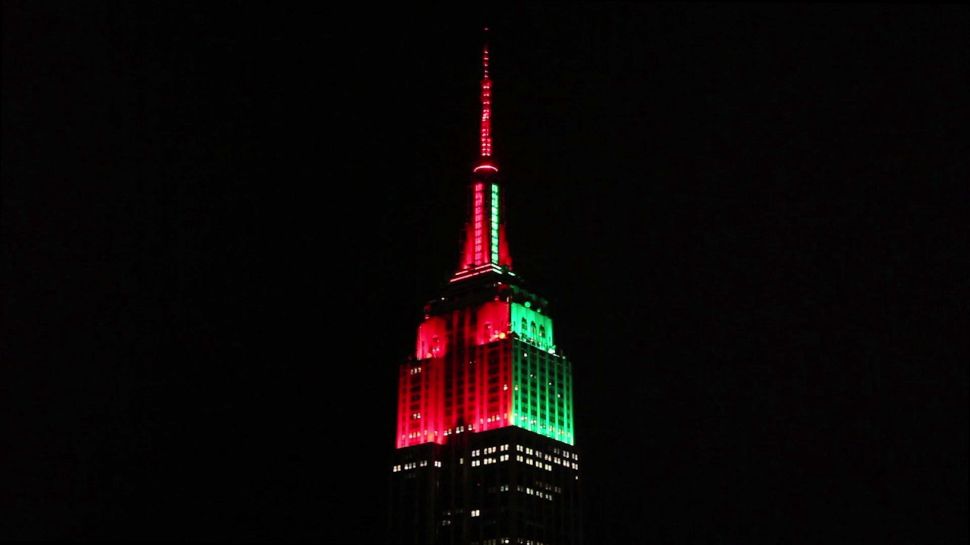