Congressman Michael Grimm’s predecessor, Democrat Michael McMahon, is “seriously thinking” about running to replace the Republican after he announced last night he was resigning from the House.

“We are definitely seriously thinking about it,” Mr. McMahon told the Observer in a phone interview today. “My phone’s ringing a lot more and I’m getting a lot more emails, that’s typical, a lot of friends expressing support.”

Mr. McMahon, who fell to Mr. Grimm in 2010 after winning in the Staten Island and Brooklyn-based district in 2008, said he was being careful about announcing a full-fledged bid because many New Yorkers are still in mourning following the murder of two NYPD officers on December 20.

“Everybody is sort of rightfully mourning the loss of the two police officers so you’re careful to keep your priorities straight,” Mr. McMahon said.

Mr. MaMahon said he had also been in conversation with Assemblyman Michael Cusick, a fellow Democrat who is also considering a run for Congress.

“Mike and I are good friends and we will talk it through and talk about it and I’m sure that we both want the same thing, which is that a strong Democratic candidate makes a good run and wins the seat,” Mr. McMahon said.

Mr. McMahon has been quietly floating himself as a candidate to replace Mr. Grimm since the former FBI agent was indicted in April on tax evasion charges. Despite professing his innocence and comfortably winning re-election in November against Democrat Domenic Recchia Jr., Mr. Grimm pleaded guilty to a single felony tax evasion charge last week and said he would resign in January.

Some Democrats resent Mr. McMahon for voting against President Barack Obama’s Affordable Care Act and worry that his vote, as a city councilman, to hike property taxes in the wake of the September 11 attacks could hurt him in another election.

A special election to replace Mr. Grimm will mean the Staten Island and Republican Party organizations will each select a candidate to run for office. Mr. Cusick is a favorite to get the Democratic organization’s nod, sources say, while Staten Island District Attorney Daniel Donovan is a front-runner for the GOP’s backing. 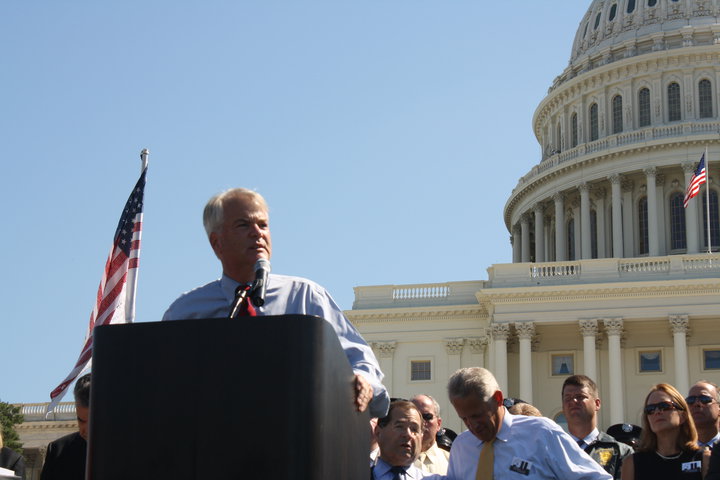