The people of North Korea regard their Leaders as magical. The Great Leader Kim Il Sung, founder of North Korea, could literally walk on . His son, the Dear Leader Kim Jong Il, changed the weather when he visited Russia, which is why the Russians supposedly call him “the man who brings sunshine.” And now Supreme Commander Kim Jong Un is behind the biggest cyber attack in history—not bad for a country with sporadic electricity and virtually no Internet access.

That the North Koreans believe such things is understandable. But when Western reporters take North Korea at face value, it is baffling. For example, Kim Jong Il’s eldest son was arrested in Japan in 2001 for allegedly wanting to visit Disneyland. In fact he almost certainly was there to collect on an illegal arms shipment. But the former story is weirder and crazier and therefore truer in the eyes of the press.

Earlier this year I published Dear Reader: The Unauthorized Autobiography of Kim Jong Il. One of the reasons I wrote the book was to provide clarity and coherence to our perspective on North Korea. Yes, they are crazy. But they are not “crazy” in the sense of a mentally-ill street person babbling nonsense on a corner. They are crazy in the sense, say, of someone who is under the delusion that he is Abraham Lincoln. His insanity is easy to understand, and the implications quite predictable. Though it’s not rational, neither is it random.

When North Korea fired their missiles, they fired them into the Sea of Japan and not at Tokyo. And I remember answering many emails in March of 2013, because North Korea released photographs of Kim Jong Un contemplating a nuclear strike on Austin. Why would anyone give notice of a nuclear attack, when their foe has an arsenal many times larger? Somehow Rick Perry is still swaggering around, with every hair on his head unharmed and in place. Of course it was bluster, and transparently so. But the American press is so insistent on viewing the DPRK through our democratic lens of honesty and decency (witness the backlash against economist Jonathan Gruber) that they can’t comprehend a nation governed by bluff and deceit. Few are even aware of the actual governing document of North Korea, the Ten Commandments of the Great Leader Kim Il Sung. 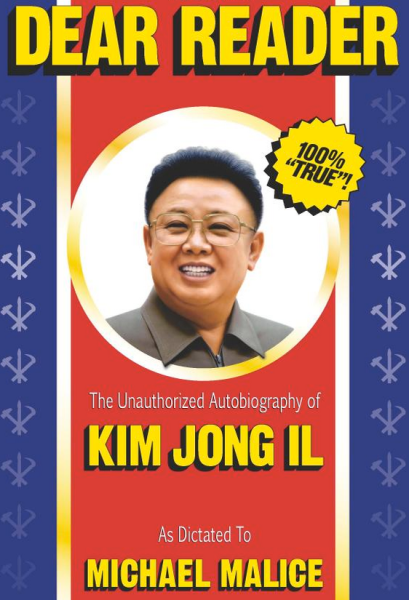 e don’t need to guess at North Korea’s strategy toward the United States. Supervillains are a gloating bunch, and the DPRK regime is no different. As they put it in their state-produced A Duel of Reason Between Korea and US: “Korea’s US strategy is to win the war without gunfire. A hot war will result in the ruin of the Korean peninsula. Therefore, her strategy is, to all intents and purposes, to compel the United States to follow the way to peace by using her weapons and military forces as the cards to settle political and diplomatic issues. The strategy has already been so skilfully applied that the United States is now like an elephant caught in the ant’s nest and the spider’s web. Of course, ants and spiders cannot devour the elephant, but it is not impossible to lead it to the direction as they want.”

And how do they do that? Why, they tell us that too: “Korean diplomacy is characterized by the fullest use of verbal power. The tone of her statements to the enemy country sounds high and intense, but if you read them carefully you will find that preconditions are given without fail. In other words, if the preconditions are met, there will be a way out.” North Korea will raise a huge hue and cry, literally threatening to destroy the world … unless, of course, they are compensated. As they boast in Songun Politics of Kim Jong Il, threats of war are always partnered with a demand for cash. The United States “should offer substantial political and economic compensations for bringing disgrace to the image of our Republic by means of despicable slander and profanity”!

But these alleged North Korean hackers made no such demands. Why would North Korea be offended or shocked by such a movie? Already, the DPRK populace is constantly told that the U.S. imperialists will invade the first moment that Korea drops her guard. Not only will the Yank devils kill the Supreme Commander, but so will they kill everyone else that they can. We’ve allegedly been trying to conquer Korea as a strategic Asian outpost since U.S.S. General Sherman reached Pyongyang in 1866. Every North Korean child knows the story of 1950’s fabled Sinchon Massacre, where the U.S. army separated women and children into separate storehouses, covered them with gasoline and laughed demonically as their innocent victims screamed to death.

The thing to remember is that when North Korea engages in terrorism, they actually engage in terrorism. After Seoul was awarded the 1988 Summer Olympics in 1981, Kim Jong Il argued that North and South should cohost the games. He did not seem to know, care or understand that the Games are awarded to a city and not to a country, and that Seoul couldn’t unilaterally overturn the IOC’s decision. So what did he do?

In 1987, the Dear Leader sent two North Korean agents aboard a South Korean plane bound from Baghdad to Seoul. They planted a bomb and left the plane during a layover in Abu Dhabi. The plane exploded, killing over one hundred passengers and crew. The terrorists were apprehended—whereupon, à la James Bond, they began smoking specially-prepared cyanide-laced cigarettes. He died, she didn’t. (Amazingly enough, the female agent was later pardoned by the South Korean president!)

As a result of this, North Korea was officially designated a state sponsor of terrorism, which carried with it legal and economic consequences. This was an important precursor to the famous meeting between Kim Jong Il and Secretary of State Madeline Albright in 2000, as the Dear Leader wanted the mark stricken from his record. Despite claims that the United States government doesn’t negotiate with terrorists, Albright gladly raised a glass to Kim Jong Il, mere miles from concentration camps that remain there to this day.

It was the Albright visit that taught me that sometimes the DPRK is, actually, telling the truth. In their Kim Jong Il: The Great Man, they claimed that Madeline Albright wore brooches to demonstrate her feelings—and that when she met Kim Jong Il, she was so charmed that she wore a heart-shaped pin. Typical North Korean bombast, I thought. Until I discovered that Albright had written a book about that very subject—and I found a photo of her wearing the brooch.

Earlier this month, the new Madonna album was also leaked. There were no cries for war. Was Napster a “terrorist” organization to anyone other than Metallica? The NSA hacks every single computer and every single phone call every single day. They are no cries for war. Should Germany attack us for hacking into Angela Merkel’s phone? If North Korea is involved in this Sony attack, it can only be so in collusion with China. Yet there is no bloodthirsty outcry against them—nor against Russia, for their recent U.S. hacking. That Sony stock is an issue when hundreds of thousands are in concentration camps at this very moment, in a country that chose to let millions starve rather lose their hold on power, is an absolute outrage.

It is a well-worn and true cliché that North Korea is the least-understood nation in the world. Yet you wouldn’t know it from reading any of the articles in the last few days pontificating about the DPRK. The same reporters who would pass on writing a piece on, say, a technical mathematical discovery that they didn’t understand, have no issues with running their mouths about the Sony hack and “what does it all mean???” They’d rather meet their deadline than do their homework.

The reason is pretty clear: the articles were already written. They were written in 2002, when Saddam Hussein was a Bad Guy and Bad Guys engage in terrorism and therefore Saddam Hussein was about to nuke someone—or, at the very least, drop chemical or biological weapons. And the media outlets who got that entirely wrong, who repeated what the unassailable Colin Powell erroneously told the UN, have no issue with doing the exact same thing today. 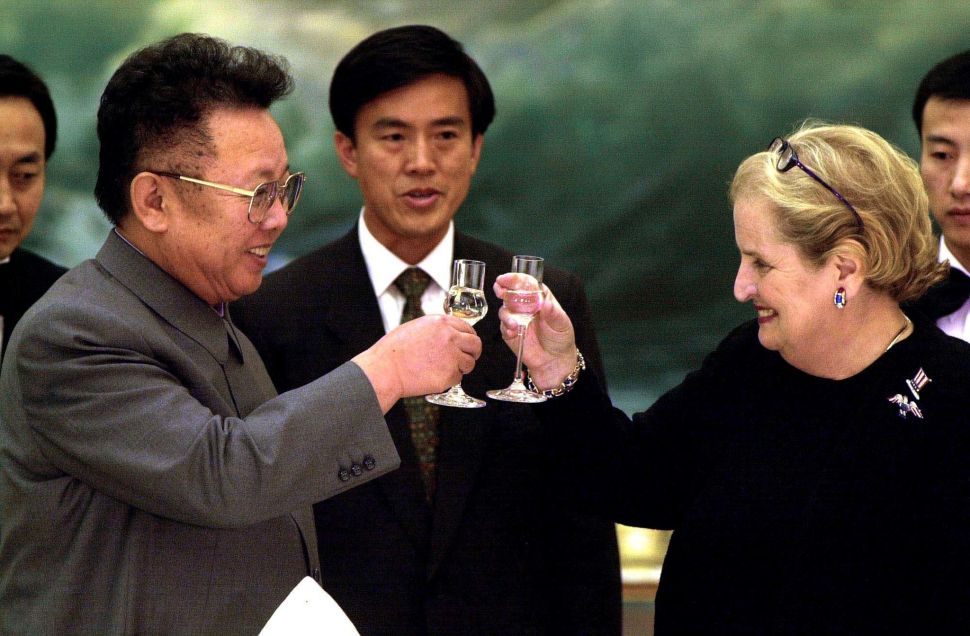