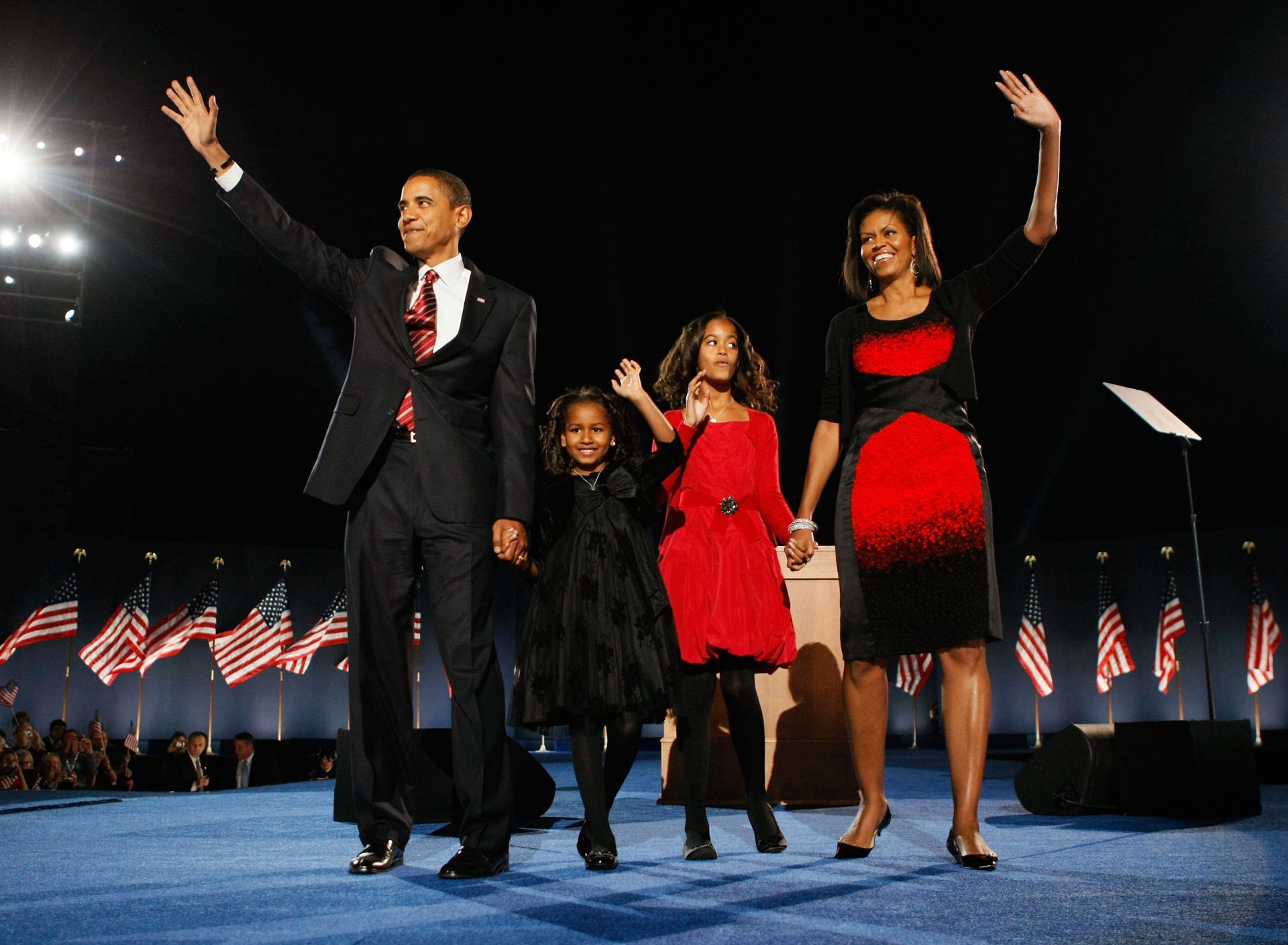 The First Lady kicked off her husband's presidency in a red Narciso Rodriguez dress at election night in 2008. The color choice may have been surprising for a Democratic power couple, but the messaging was strong. Ms. Obama's choice of this detailed and fresh dress instead of a staid blue shift and blazer told us that we were in store for some serious fashion over the next two terms. It had also just been shown on the runway eight weeks earlier, meaning Ms. Obama had some serious fashion clout, even then. (Photo by Joe Raedle/Getty Images)
mmulshineobserver 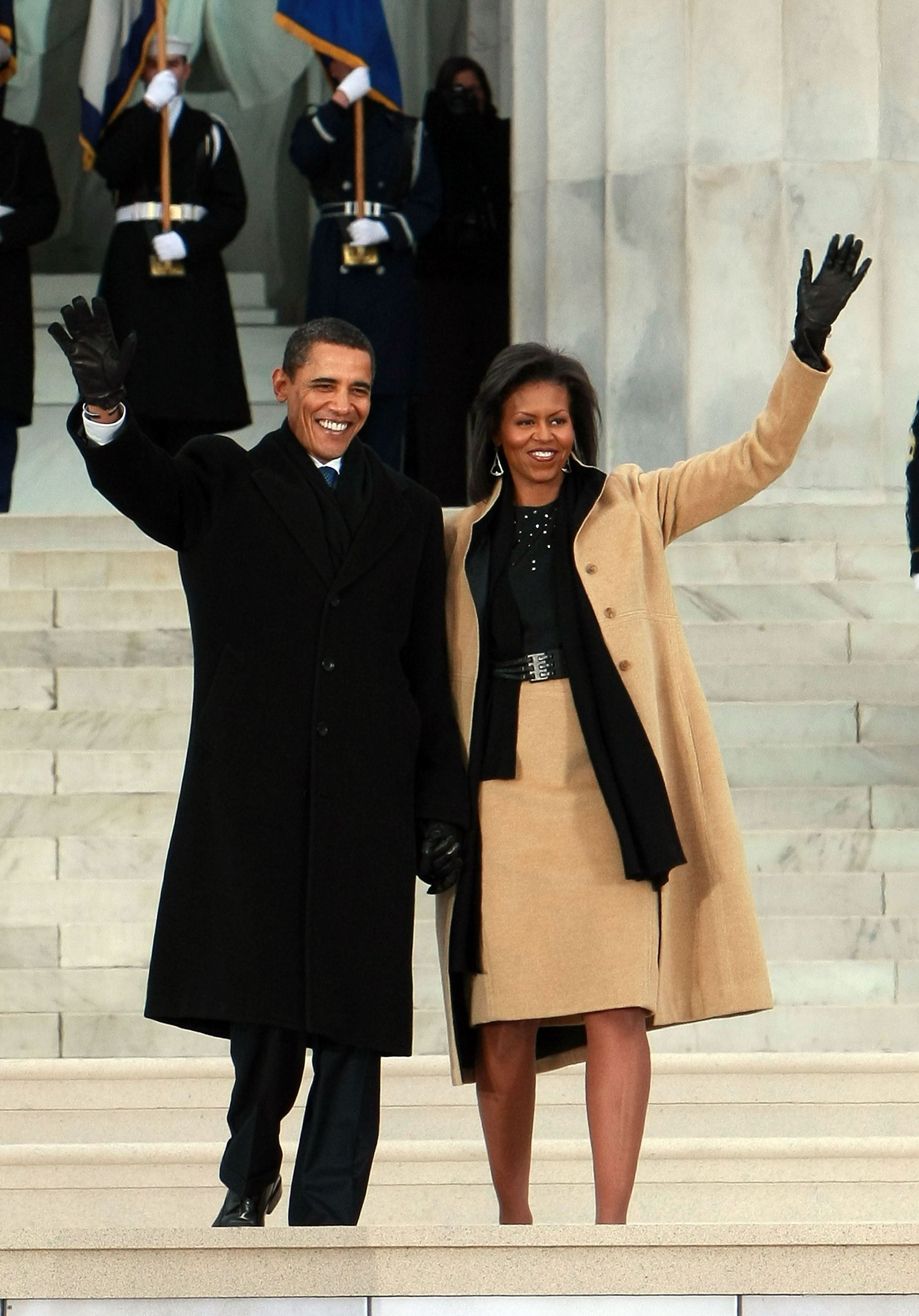 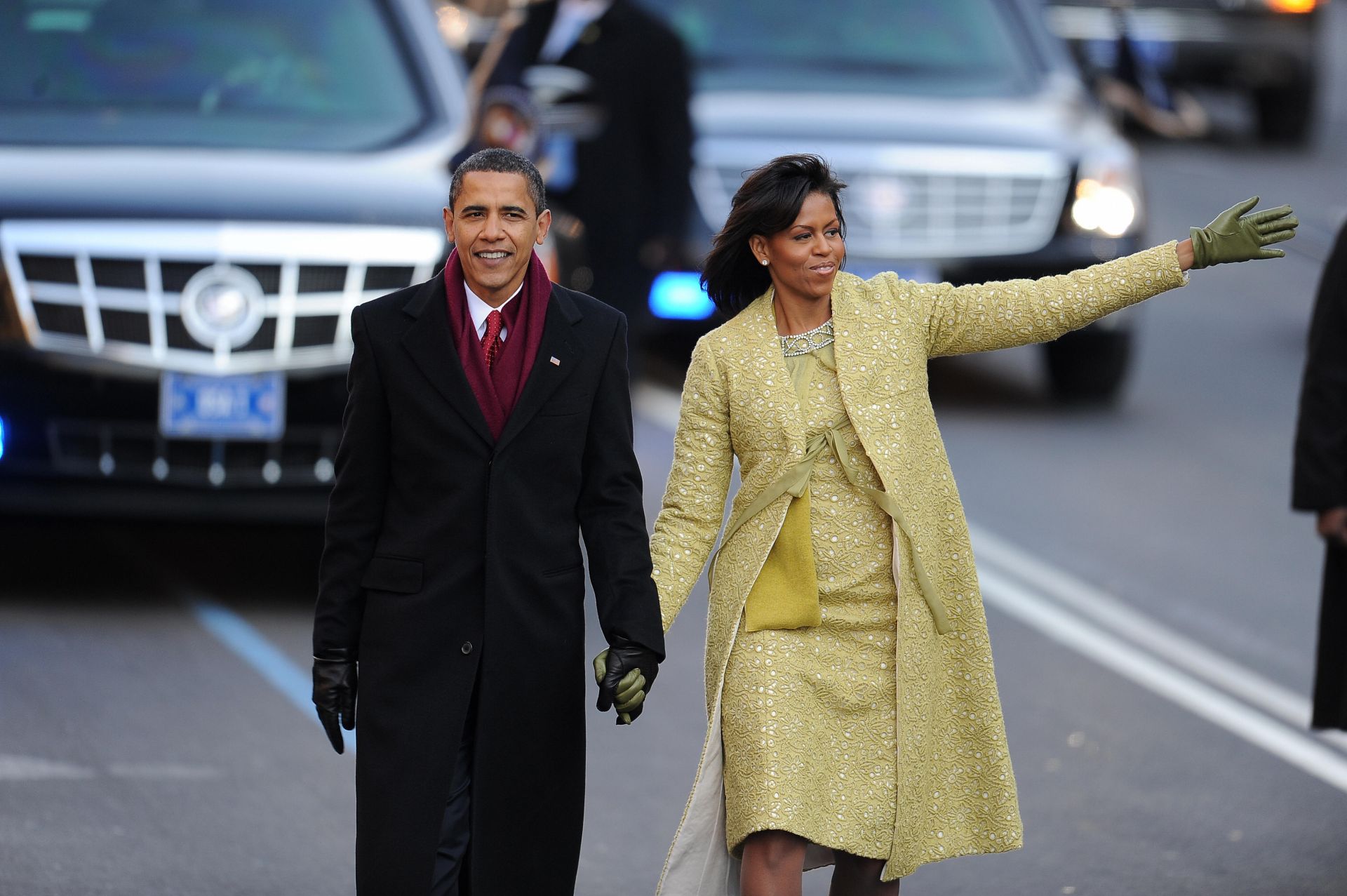 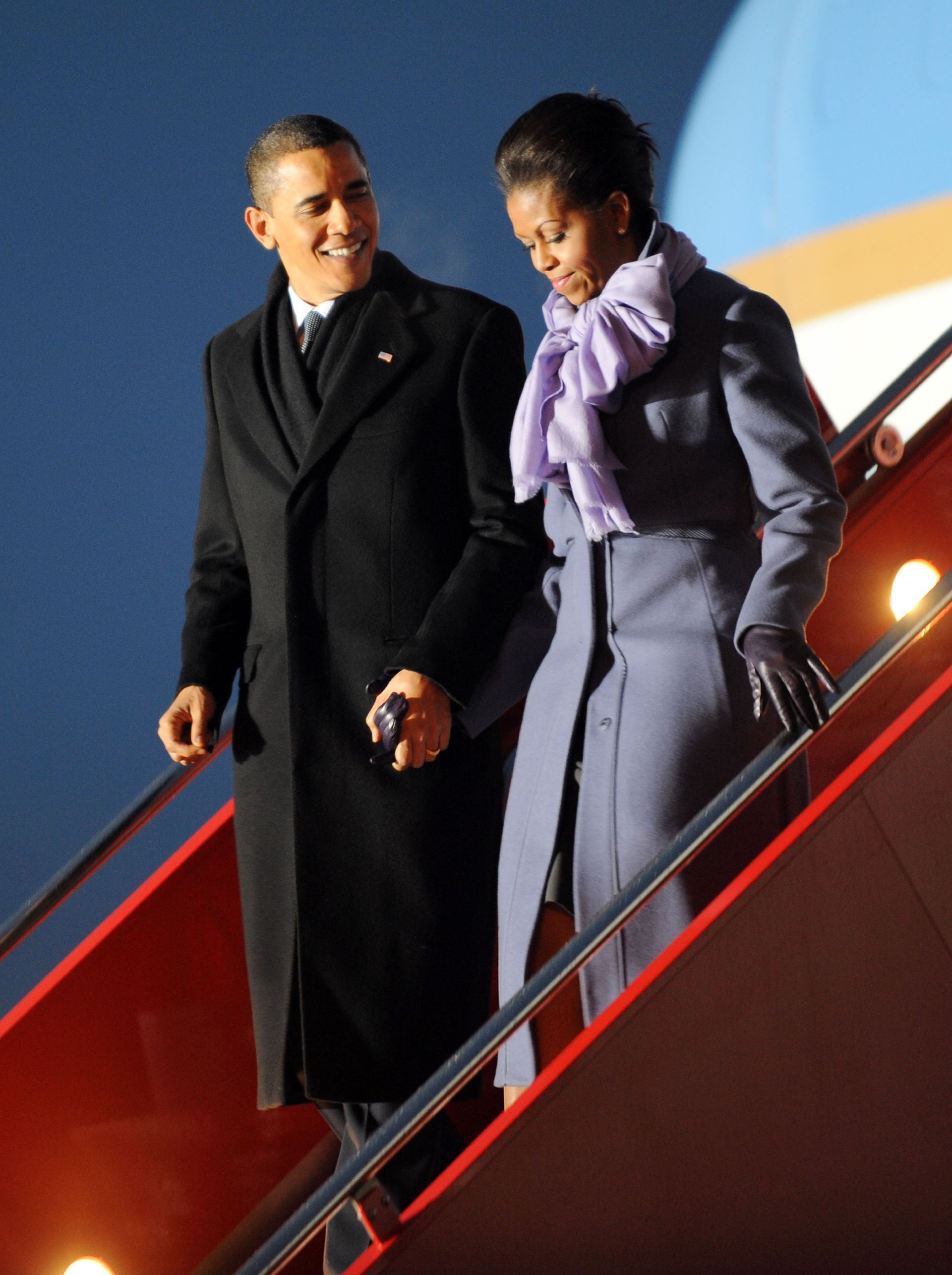 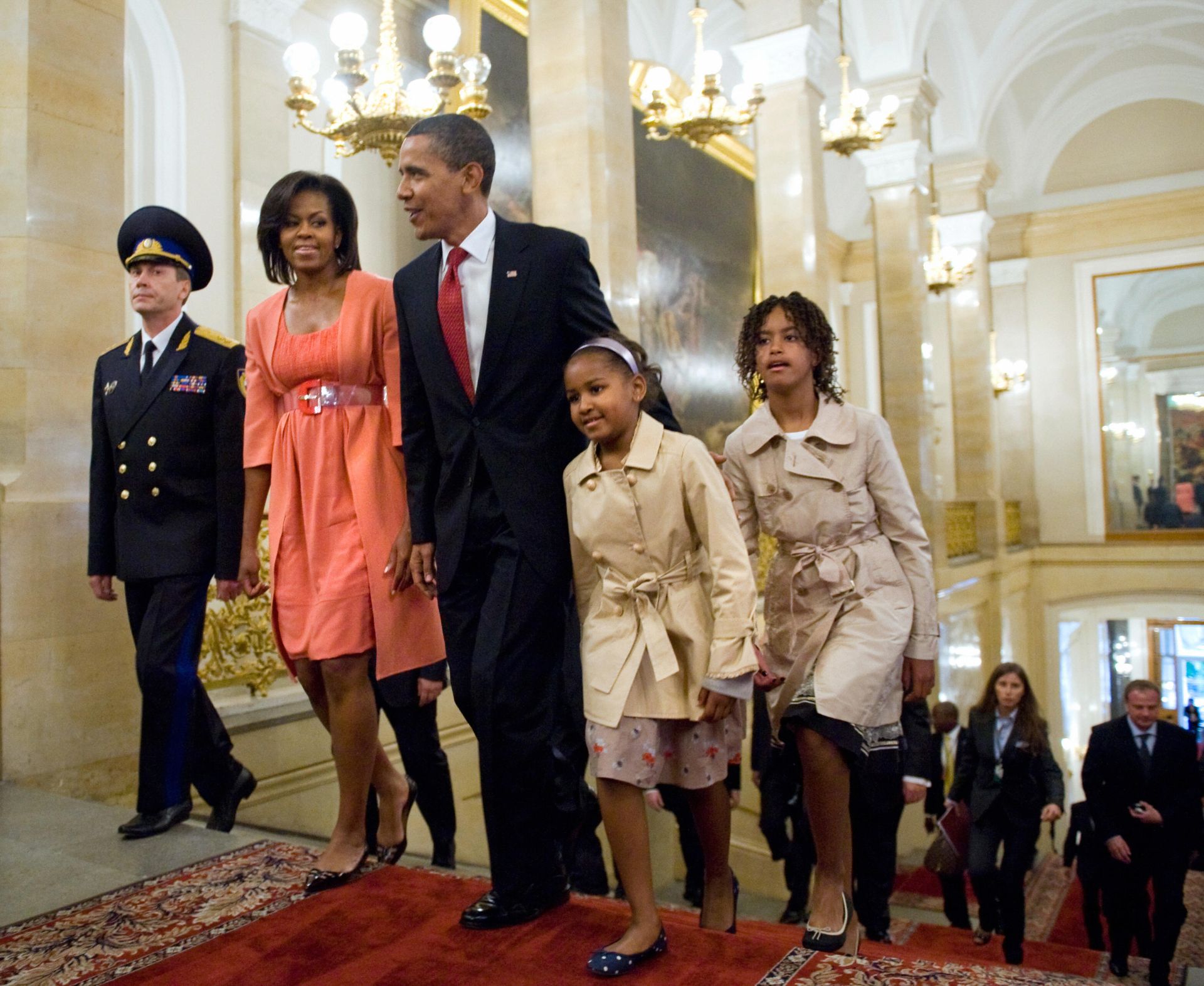 In Moscow, the First Lady wore a sherbert-colored ensemble by Narciso Rodriguez along with a clear belt by Sonia Rykiel. (Photo by SERGEI GUNEEV/AFP/Getty Images)
mmulshineobserver 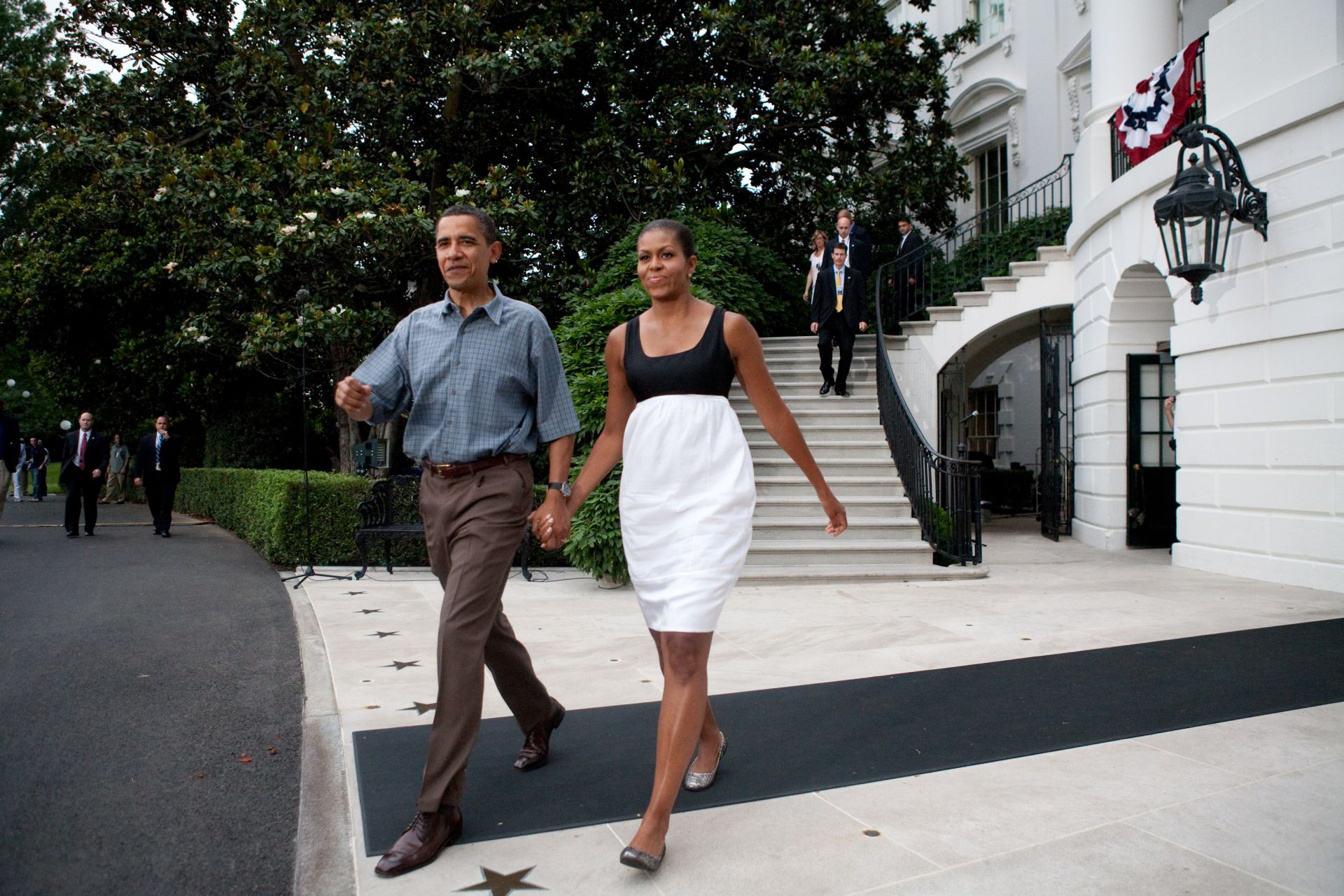 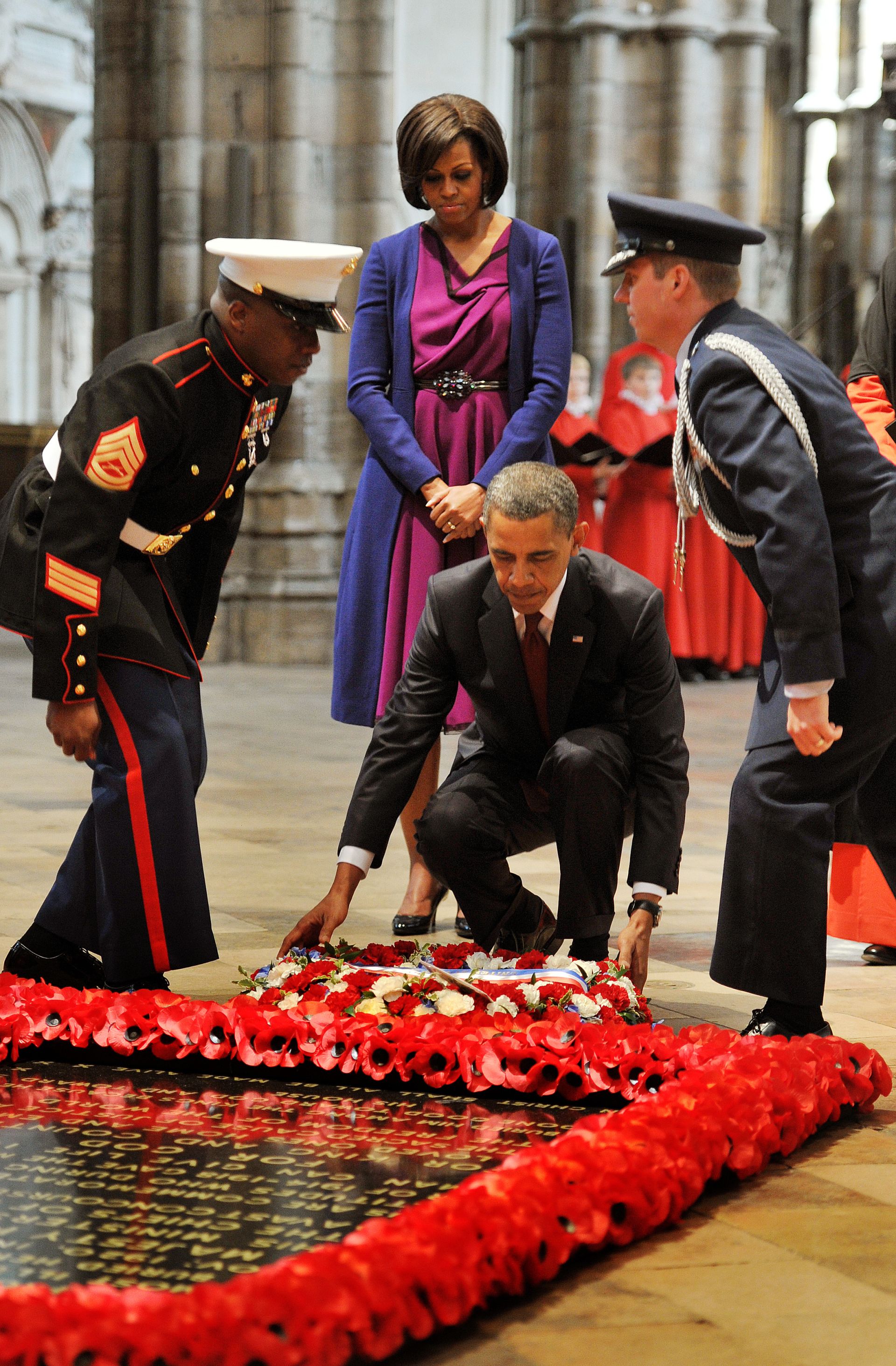 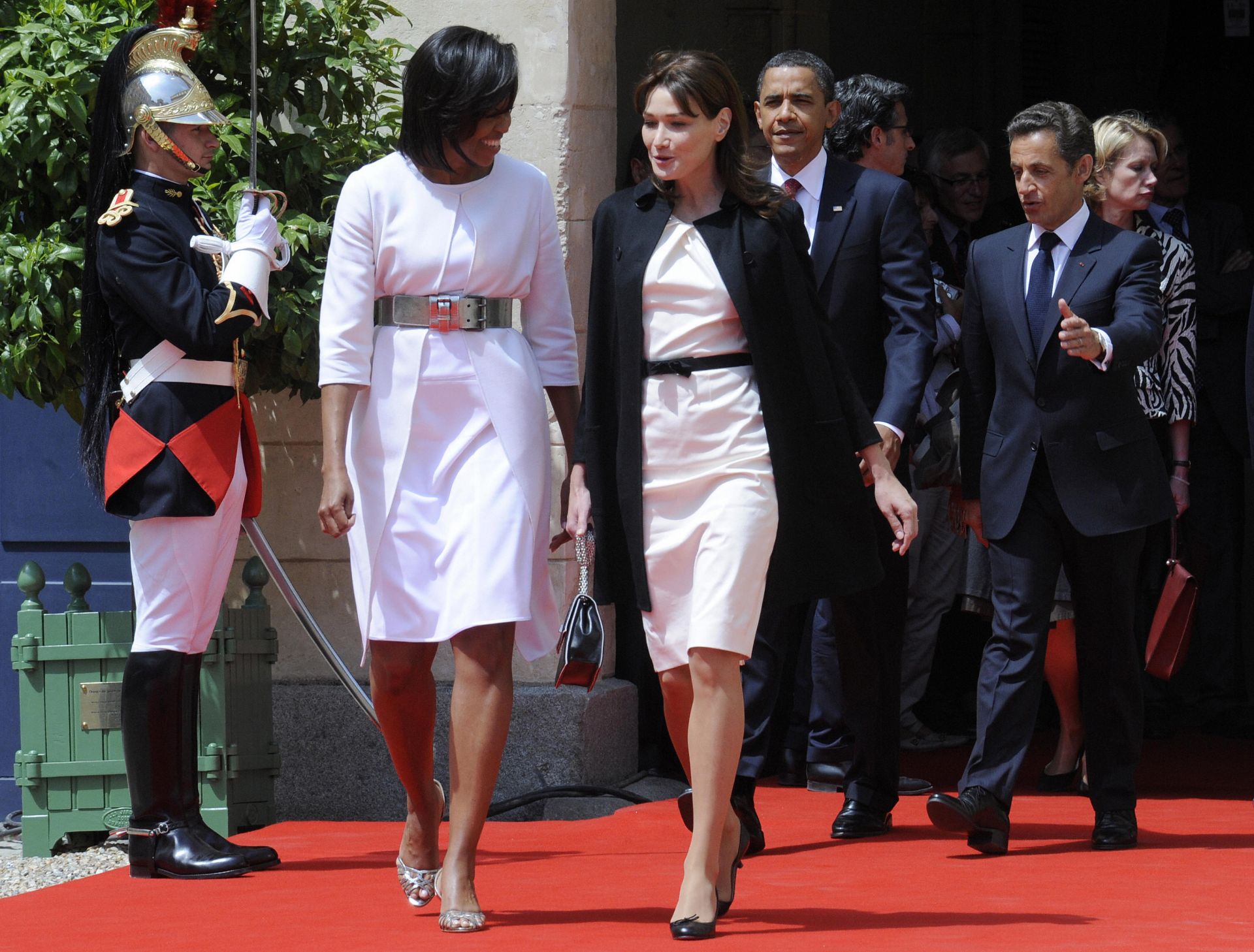 Getting ready to pose for photos alongside French First Lady and former supermodel Carla Bruni must be daunting, but Ms. Obama makes it look like a cinch in her white Narciso Rodriguez outfit. (Photo by STEPHANE DE SAKUTIN/AFP/Getty Images)
mmulshineobserver 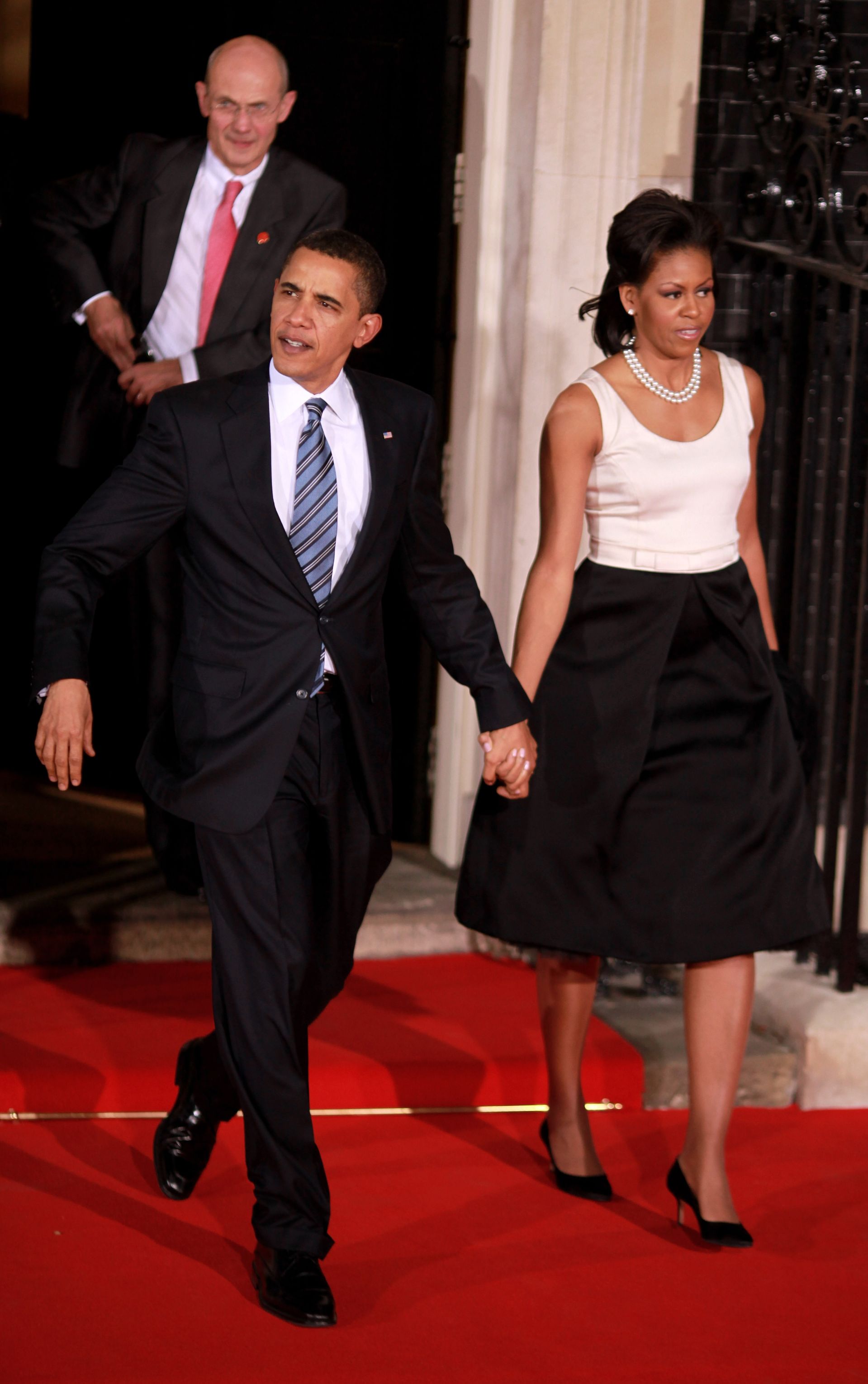 The First Lady wore Isabel Toledo to a dinner in London in 2009. (Photo by Peter Macdiarmid/Getty Images)
mmulshineobserver 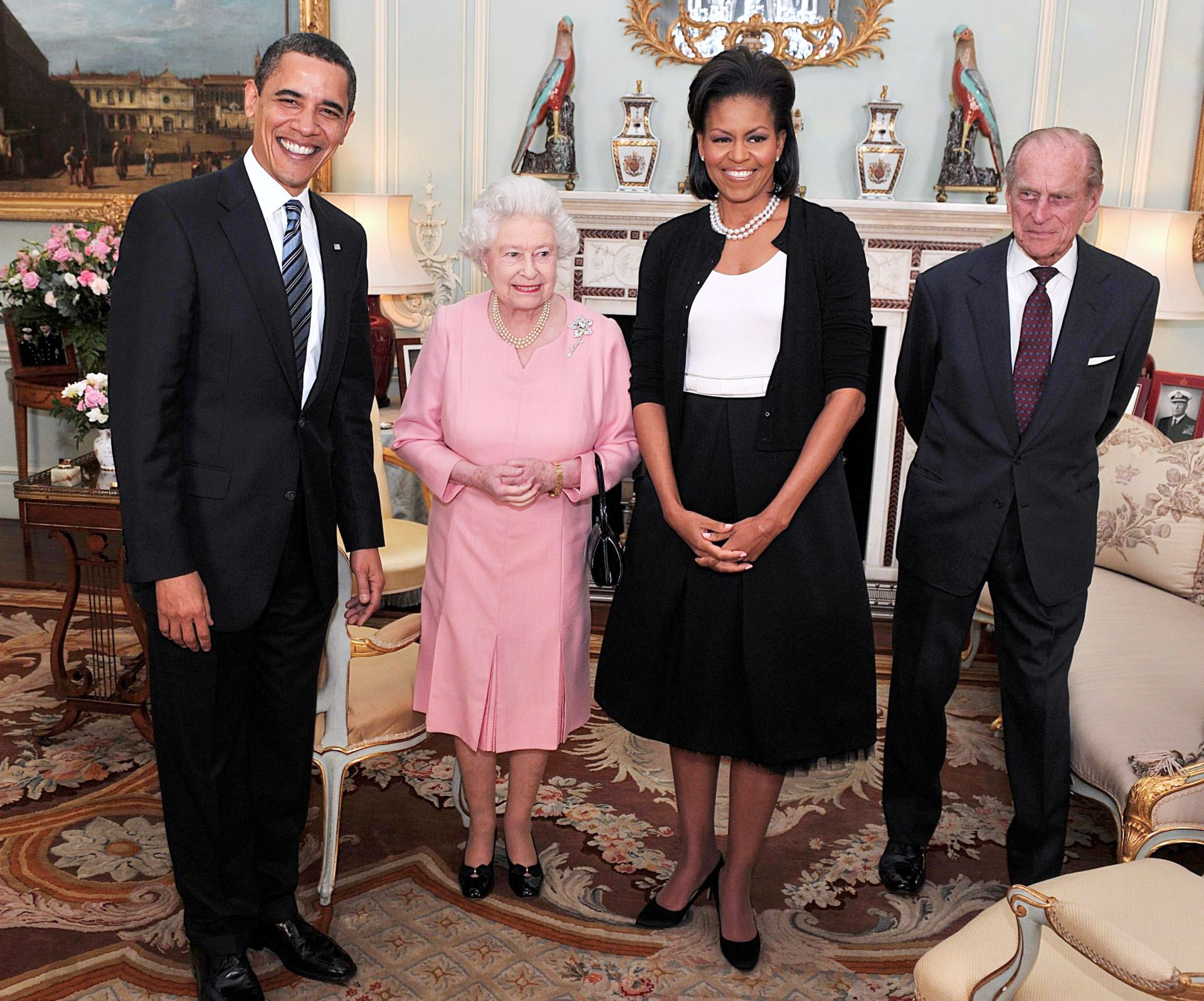 She threw on a cardigan to make the outfit QEII-appropriate. (Photo by John Stillwell - WPA Pool/Getty Images)
mmulshineobserver
Advertisement 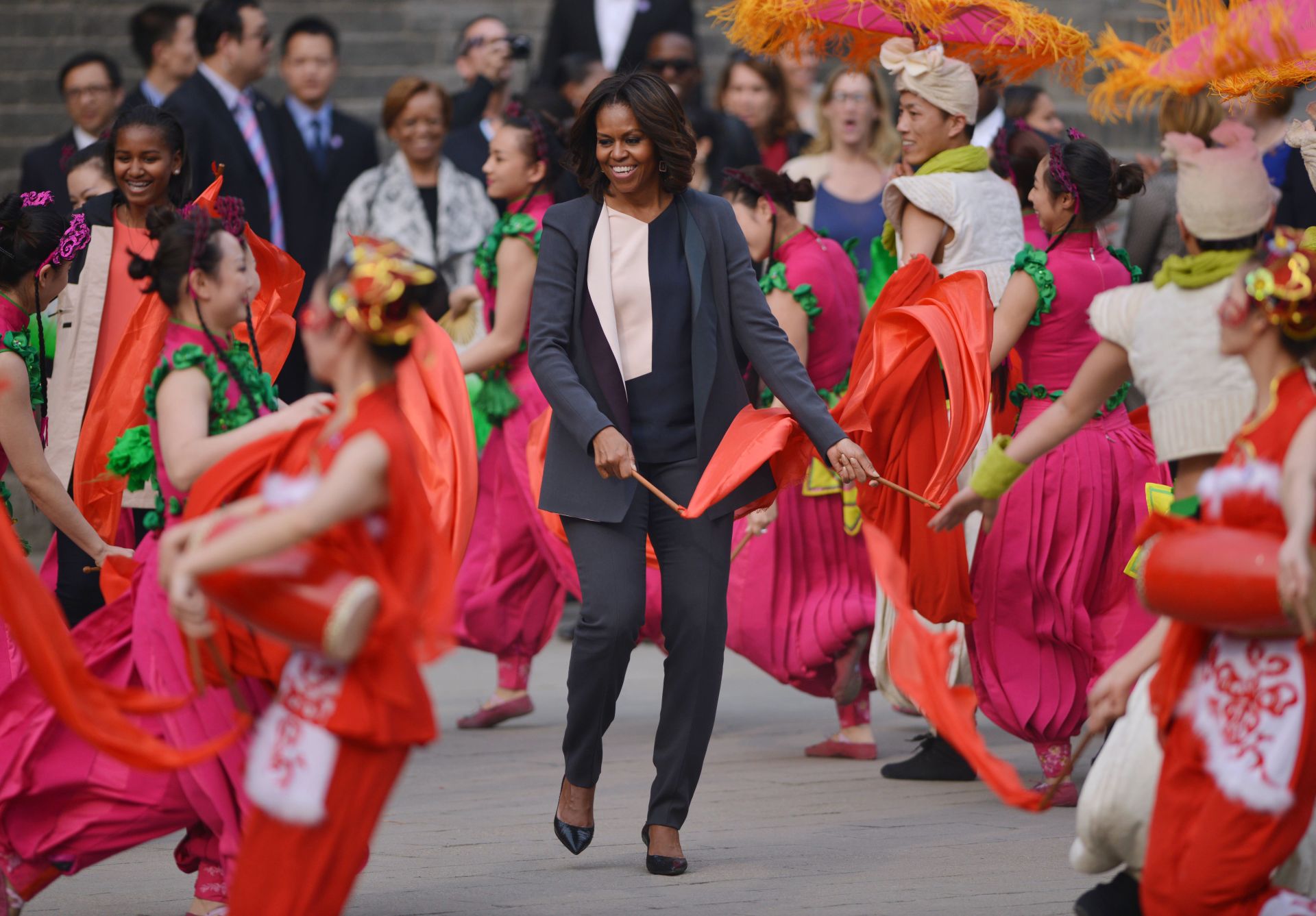 The First Lady wore a suit by Narciso Rodriguez in China. She normally eschews pantsuits, so it isn't surprising that she would select one as feminine as this. (Photo by PETER PARKS/AFP/Getty Images)
mmulshineobserver 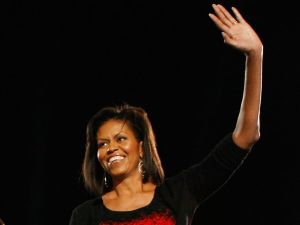 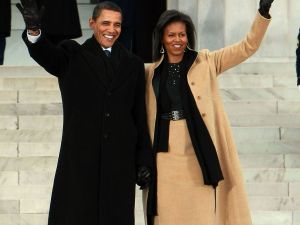 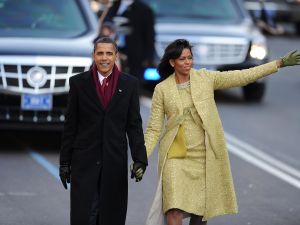 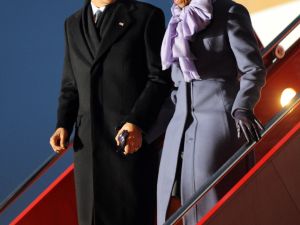 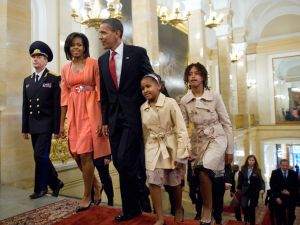 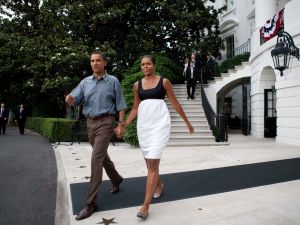 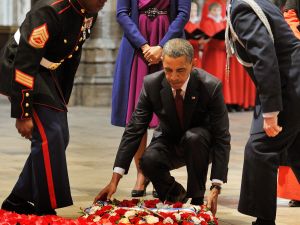 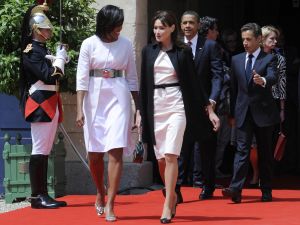 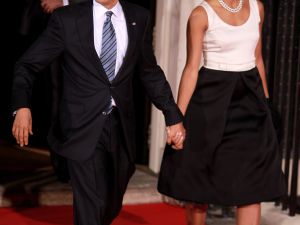 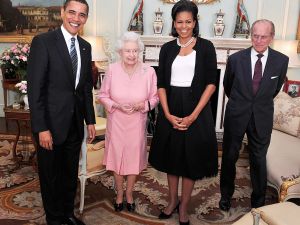 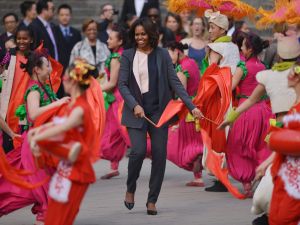 When you’re married to a president or a prince, jetting around the world to shake hands with international power players, your wardrobe has to be appropriate at all times — and it also can send some serious political messages.

The Duchess of Cambridge, for example, appears to be taking the Crown into a much more approachable place in the public consciousness, having worn J. Crew jeans and a girl-next-door Tory Burch coat, and even re-wearing a Jenny Packham gown for the third time, on her trip to America. Her husband’s late mother, Diana, Princess of Wales, once bumped an embarrassing interview with her ex-husband Prince Charles from every front page just by being photographed in an off-the-shoulder black dress. And Hilary Clinton, of course, has broken out of the “wife of” mold thanks to an enduring love of matchy power-pantsuits.

And with Michelle Obama’s longstanding love of Cuban-American designers Narciso Rodriguez and Isabel Toledo, the First Lady has telegraphed her support of Cuban-influenced aesthetics since day one, when she wore a dress by Mr. Rodriguez on Election Night in 2008.

She has favored these two designers consistently throughout her husband’s presidency. This has not only injected some much-needed vibrancy into a diplomatic wardrobe, but also functioned as a sartorial refrain of, “Can’t we all just get along?”

Now that Cuba and America are resuming normal diplomatic relations, perhaps Ms. Obama has been rooting for more cultural melding between the two countries since the beginning. Click through our slideshow to see her best Rodriguez and Toledo looks, and get excited for the sundresses she’ll wear on an inevitable diplomatic jaunt to Cuba.