Public opinion of recent incidents involving police and the deaths of black men reveals a deep racial divide on perceived racism in the judicial process. The latest national Monmouth University Poll finds black Americans are significantly more likely than white or Hispanic Americans to believe that the grand jury in the Eric Garner chokehold case would have indicted the police officer involved if Garner had been white rather than black.

Nearly all Americans have been following news about incidents involving police officers and the deaths of black men as well as the recent grand jury decisions not to indict the officers involved.  About half (48%) have been following these cases very closely and another 38% somewhat closely.

Overall, 43% of Americans say that blacks are justified at being upset with how these recent cases were handled while 38% say that the black community’s reaction is not justified.  Another 11% say it depends on the reaction.  There is a clear racial difference in this opinion.  Two-thirds (66%) of blacks say that black Americans are justified in being upset with how the judicial system has handled these cases.  Only 41% of whites and 35% of Hispanics feel the same.

Just 3-in-10 (29%) Americans believe that the New York grand jury would have indicted the police officer who applied a chokehold in the Eric Garner case if Garner had been white, while about half (49%) say the victim’s race would not have altered the grand jury outcome.  Another 22% are unsure.  A solid majority (58%) of blacks believe an indictment would have been handed down if Garner had been white.  Just 24% of whites and 27% of Hispanics agree.

“The poll indicates a strong sense of distrust for the entire justice process among black Americans, not only for the police but for the actions of courts and prosecutors as well,” said Patrick Murray, director of the Monmouth University Polling Institute in West Long Branch, New Jersey.

Most Americans (56%) believe that racism is no more prevalent among police officers than it is among other groups in society.  Another 25% say there is more racism among the police and 12% say there is less racism among the police.  Just under half (48%) of blacks feel that police are more racist than other segments of society.  Only 24% of Hispanics and 19% of whites feel the same.

One aspect of these recent incidents is that news and discussion about them exploded on social media, which is one of the reasons why 3-in-4 (73%) Americans report having watched the Garner arrest video.  Some have speculated that this may have led to more confrontation as friends and acquaintances voiced differing views on these issues.  The Monmouth University Poll asked about these interactions and found that 1-in-5 (19%) Americans say that a friend or coworker expressed an opinion about these incidents that really upset them.  This includes 28% of blacks, 25% of Hispanics, and 15% of whites. 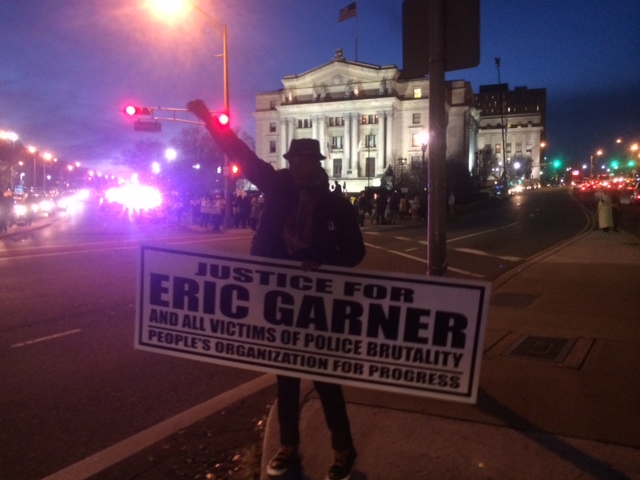