I recently drove from LA to San Diego and back twice, at night.  I took a road I’ve driven maybe six times, CA-73.

CA-73 used to have tollbooths. Weirdly, they were gone.

A few weeks later, I received the letter above. The tollbooths were gone, but the tolls were still in force.  It turns out that now, you have to log onto a site and pay them. But you have to know that you need to do it. If not (courtesy of a license plate camera) you receive a fine of $57.50. You read correctly: $57.50 on a $5 toll. Here’s an article that outlines the terms.

What if you never drove the road before? What if you’re a tourist?  What if you didn’t happen to see the signs at night?  Seems unfair, yes?

Welcome to the real debate on Net Neutrality.

What is Net Neutrality?

Net Neutrality is one of the most important long-term issues facing American competitiveness. But almost no one knows what it means. Why?

1:  “Net Neutrality” is a bad term for a simple premise.

2:  Because of the insufficiency of 20th century thinking relative to the digital future.

So first, let’s define it: Net Neutrality is not a thing – it’s a principal. Like the Golden Rule, but for Internet providers.

Net Neutrality is the idea that an internet provider will treat everyone’s data neutrally, equally – whether it’s an email from your grandmother, or a transfer from Bank of America.

It’s the notion that an internet provider will not get to choose whose data gets sent more quickly, which site gets blocked, and who has to pay extra.

Who Does Net Neutrality Apply To?

Sounds boring? It isn’t. It’s actually pretty important – but as John Oliver famously noted: “If you want to do something evil, put it inside something boring.”

Let’s say big banks are willing to pay extra to get their stock bids in faster. We don’t have to guess about this – as Michael Lewis illustrated so well, some hedge funds will pay hundreds of millions for a speed advantage of milliseconds.

Picture an auction where one guy is in the front row yelling, and another guy has to run up the stairs. Advantage goes to the toll payer.

So:  Is it legal for internet providers to favor one company’s data over another? Under the current law, absolutely. You can read Comcast asserting that right here.

Is that bad for small banks and investors? Most definitely. Picture a scooter competing with a Ferrari.

This is why Internet providers have so much power.

Now, instead of stock bids, let’s look at video, which consumes more than 50 percent of all US bandwidth at some hours.

Something may occur to you here.

And that is:  the cable and telephone companies that provide internet service are in the video business themselves.  They compete in video – with Netflix, YouTube, Amazon and many others.  They also control the only way their competitors can deliver video online.

From cable and phone companies. There’s no other way. So cord cutting is actually a myth. Because you can’t cancel cable in favor of Internet video without buying bandwidth from cable or telephone.

So: will video that comes from Comcast TV get treated better than Netflix?  Even if you pay Comcast for your bandwidth, and pay Netflix for your subscription?

On the left:  Comcast tells Netflix they need to pay “interconnectivity fees” – basically, tolls on their network.

In the middle of the table, Netflix hasn’t paid the toll yet. Can you guess what month that was?

On the right: Netflix capitulates and pays Comcast. And their signal improved massively.

Welcome to the Internet Tollbooth.

Now, it’s hard to weep for Netflix. They have a $23 billion market cap and are the #1 Pay TV service in the world.

Ironically, the people who created the Internet did not work for private companies.  They worked for the US Government, and at universities like UCLA and USC. The very essence of the Net, the choices they made, and of the system they designed, is a fully distributed system in which no node is more important than any other (for a great account of this, see Walter Isaacson’s The Innovators).

Which is what made Ted Cruz’ tweet both incorrect and ironic: without government funding, there never would have been an Internet.

Priced-based tiering makes sense to cable shareholders, but it’s literally antithetical to the way the Net was designed.  You can’t blame them for working to maximize profits – that’s their job – but the way they’ve handled their increased influence in the digital age (remember Spying on the Home Front?) hasn’t encouraged confidence.

What does the Law say?

Believe it or not, the reigning language for Internet Access is the Communications Act of 1934.  Yes, 1934.

That Act, passed in a time of railroads and AT&T monopoly, divided services into two groups: Title I (Information Services) and Title II (Common Carriers). “Common Carriers” meant industries that were essential to US commerce, and which therefore belonged under federal oversight.  So under the Act, railroads and telephone companies fell under Title II, and federal purview.

Title I was for services that are not essential – “nice to haves”.  In the early days of public Internet, that’s how services like America Online and Prodigy were rightfully perceived. People used American Online to download GIFs– not to run their business.

20 years on, this reality has changed. It’s the law that has not.

As the Net became more important during the Clinton years, changes to the law were discussed in the but not made.  After that, the money in data catapulted cable and mobile revenues by an order of magnitude. This, in turn, turned them into one of the most powerful lobbies in America. And so in the US, Internet access is not regulated. The matter of its pricing and policies are determined by the oligopoly of companies that sell it.

So when you see people like Ted Cruz react with shock or outrage to the White House joining on the side of reform – that Internet access should be moved to Title II – don’t believe it. No one is surprised that this is worthy of debate.  The side that wants the current order maintained (cable and telephone companies) is strong – but so are the many companies at their mercy (Google, Amazon, Apple and Facebook, to name a few).

The real surprise is how long this debate took to break loose.

Innovation: The Race to Replace Bitcoin

Two-time Emmy® Award winner Seth Shapiro is a leading advisor in media and technology. He is a member of Television Academy’s Board of Governors, an Adjunct Professor at the USC School of Cinematic Arts, and Chairman of Village Green Network, and has worked with companies including Disney, Comcast, DIRECTV, Intel, Interpublic Group, NBC, Showtime, Verizon, Universal, Slamdance, Goldman Sachs and a range of new ventures.  A frequent speaker worldwide, he has served as an expert in several federal media matters and is completing his first book on the history and future of media. 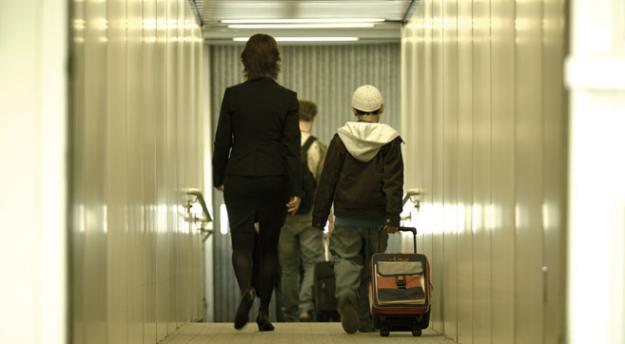