Of the many indignities visited upon New Yorkers seeking housing, finding a roommate numbers among the most miserable, an added hardship on top of the already considerable difficulty of deciding on an apartment. As anyone who has ever waded through the wilds of the Craigslist room shares section knows, there are endless permutations of undesirability—mediocre rooms and mediocre roommates, pleasant rooms with deeply unpleasant roommates, terrible windowless closets rented by truly lovely people you could easily see yourself living with.

It is no surprise, then, that budding app developers, many of whom are also subject to this indignity in the post-collegiate, pre-billionaire eras of their lives, would be motivated to harness the mildly ameliorative power of apps to smooth this particular path. Paired with the intoxicant of social networking, and the growing base of potential users, the temptation for would-be Travis Kalanicks is nearly irresistible.

And indeed, during these last few years, we have received countless emails from app developers promising to eradicate the difficulties of finding a roommate, to make the process painless and easy, fun even. We have been told that each new app will change the way people find roommates online, that Craigslist will be toppled, Facebook networks plundered, matchmaking algorithms employed, compatible matches located. The world as we know it will be disrupted. (Which in tech speak, seems to be code for making things slightly easier for a small subset of already privileged people whilst transferring profits from older companies to newer ones, but anyway… )

The thing is, no app has thus far been unable to unseat, or even destabilize, Craigslist in the slightest. Craigslist, despite its many purported shortcomings, its lack of friend network exploiting and fastidiously curated profiles, remains the clearinghouse for shared housing in cities across the U.S.

This may, at least in part, be due to the fact that so many of the alternative services seem virtually indistinguishable from one another.

For example, MatchPad, which The New York Times just wrote about, takes “cues from online dating services like OKCupid,” and “seeks to pair renters based on compatibility, asking users to rate themselves in areas such as extroversion and cleanliness.”

Which sounds fairly similar to the Roommates app from Apartment List, a service that “uses Facebook profiles to match potential roommates, who fill out a list of search categories—price range, neighborhood, etc.—and are then shown profiles (and potential overlapping social circles) of other apartment/roommate seekers who are looking for the same thing,” as we wrote last year. And when there’s a mutual match, the app will notify both parties.

And rumr, a startup based in Brooklyn which emailed us last year about its “vision to change the way people find shared apartments online” by “allowing users to specify their lifestyle and interests.” Shared apartments are then promoted to users, who can also “log in through Facebook and see apartments where they have common friends with the current tenants.” (Note: rumr appears to have since gone extinct.)

And Roomster, which in the words of a recent LA Times round-up of roommate finding apps, “encourage users to write lengthy profiles—up to 10,000 words… Users can find potential roommates by keyword searches, such as personality traits, interests and preferred locations.” Naturally, there’s a website and a Facebook app.

But besides the many similarities of the current offerings, there lies a deeper problem: in order to “disrupt” a system, or at least redirect its users and profits towards oneself, that system has to be both in need of improvement and capable of being improved; it’s not clear that either is the case when it comes to the current methods of finding roommates.

First of all, searching for a roommate online isn’t a novel concept at all. And unlike online dating, it’s never had much, if any, stigma, given the less personal nature of the match and the limited efficacy of personal connections in a place like New York, where budgets, neighborhoods, housing needs and living preferences vary widely among extended friend groups, particularly as one gets older.

But even more importantly, the primary means of finding a roommate online work perfectly well—Craigslist may be somewhat anarchic and overwhelming, but better too many options rather than too few. And unlike registration-based services, Craigslist offers magnificent anonymity—no pesky registrations to complete, profiles to agonize over, overly-friendly administrative emails to clutter your inbox or targeted ads—a benefit that also allows users to search when and wherever, idly and avidly, with minimal fuss. (No “if you forgot your username or password click here” annoyances.)

Craigslist is, in other words, a frictionless interface—as opposed to a heavily regulated industry like taxis or hotels—such that new apps have very little, if any, additional benefit to offer in the way of connecting people to other people or people to services. In fact, many add a layer of interference in the interest of “smarter” matching, a layer which seems, incidentally, to have blocked any from reaching the kind of critical mass needed to supplant Craigslist.

Which brings us to other half of the equation: while apps’ primary purpose in this world would appear to be easing the small inconveniences of existence, they have thus far failed to offer much relief when it comes to the larger dilemmas of life, and it seems that finding a roommate falls more into the latter category than the former. There is only so much an algorithm can do when it comes to locating a person to live with and an apartment to live in.

To be sure, locating both a romantic partner and a roommate are tasks that can, at least theoretically, be made easier by providing a vast number of potential matches to all parties. But online intercessions are, in such cases, extremely limited in scope. After all, no matter how alluring a match seems online, how many boxes have been ticked, mutual friends established or photos perused, you have no idea how you’ll really feel about someone until you meet in person. Which is, if anything, even more true of real estate. 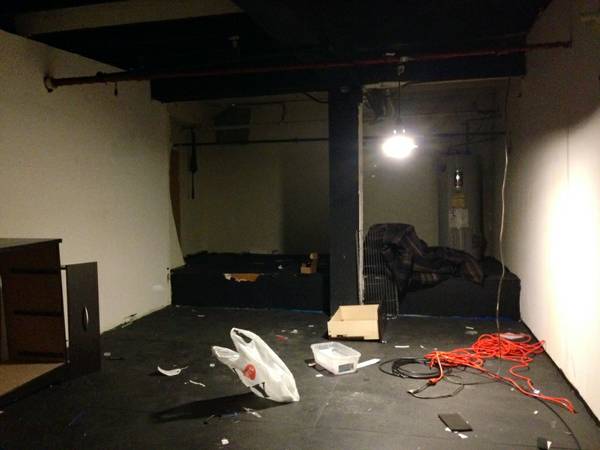