There are a ton of galleries in New York. So many, in fact, it’s hard to keep track of newcomers to the scene. From a former dollar store in deep Bushwick to a former tenement building on the Lower East Side, here are five relatively new galleries we’re keeping our eyes on in 2015.

Catinca Tabacaru, 250 Broome Street, New York
Previous to founding the gallery in 2010, owner and founder Catinca Tabacaru was a litigation attorney and served as executive director of Women’s Voices Now, an organization that provides a platform for expression through filmmaking to women living in Muslim-majority communities. Ms. Tabacaru officially opened the first physical space for the gallery in May 2014, with an inaugural group show of works on paper by Swoon and Gail Stoicheff, followed by a show about the color red with pieces by Doo-Jin Ahn, Barnaby Furnas, and more. Solo shows so far have featured Justin Orvis Steimer, Greg Haberny, and Tamara Mendels.

Garis & Hahn, 263 Bowery, New York
Garis & Hahn opened its doors on the Bowery in January 2013. Run by co-directors Mary Garis and Sophie Hahn, the gallery presents itself as a “gallery-cum-kunsthalle” specializing in themed exhibitions by guest curators, like “Dying on Stage: New Painting in New York” “What is an art book?” and “Leaps into the Void: Shamanism, Meditation, Transcendence, Oblivion.” While young, it already boasts 36 artists on its roster, has participated in international art fairs like Cutlog and UNTITLED., participated in arts initiatives like the New Museum’s Ideas City festival, and organized overseas pop-up shows at Paris’ Salon Zurcher. 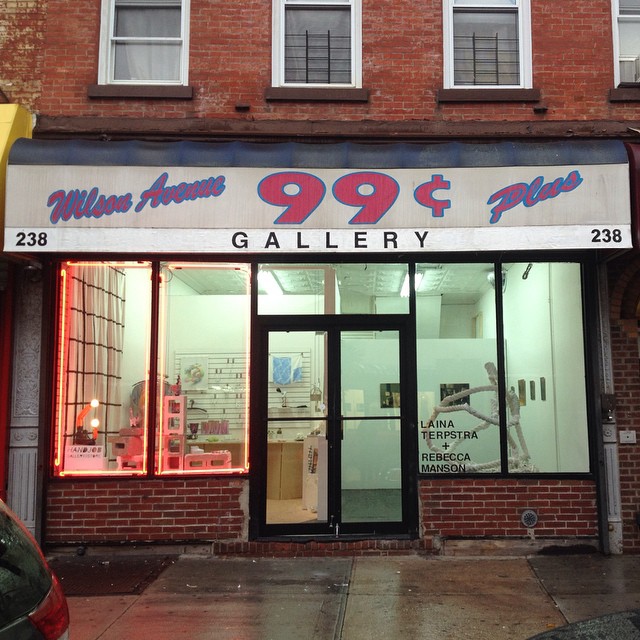