As the new year approaches, Phil Jacobson is counting on a spike in downloads of his fitness app, PumpUp, an Instagram-like community where exercise enthusiasts, and those who hope to get fit, share shots of their favorite healthy meals and post-workout selfies.

By sharing photos of their fitness journeys on the app, Mr. Jacobson insists PumpUp’s 2 million users are “much more likely to stay on track.”

From inspirational apps to give us workout ideas to fitness-tracking gadgets that let us record our every bicep curl, exercisers are using technology as external motivation more now than ever before. Last year, consumer analyst NDP Group estimated that sales of fitness trackers had more than tripled between the 2012 and 2013 holiday seasons.

Many firms promote fitness technology as an antidote to lethargy, as if downloading an app will suddenly transform you into a triathlete. FitBit’s website is enough to convince you you’ll suddenly love running in the pouring rain and bound up flights of stairs again and again. The company’s Zip device, which “tracks your steps, distance, and calories burned – and syncs those stats to your computer . . . celebrates how much more you do each day.”

Adam Riggs-Zeigen is the cofounder and CEO of RockMyRun, an app that provides DJ-mixed music to match the speed and duration of a user’s run. In December of 2014, RockMyRun launched MyBeat, a feature wherein the app syncs up with a user’s heart-rate monitor and plays music to match.

Mr. Riggs-Zeigen pointed to research from the University of California San Diego, which “found a dramatic difference in terms of how motivated people felt” when they used RockMyRun versus a standard playlist.

But no matter how high-tech your workout soundtrack, it takes more than fancy technology to motivate you to get in shape.

“People are always trying to find something new,” Carol Ewing Garber, director of Columbia University’s Graduate Program in Applied Physiology, told the Observer. “It’s one of the reasons why people are always buying [exercise] equipment or new things to wear to the gym, and then they never use it.”

“People buy these devices thinking they will radically change their health habits,” Alex Orlov, a writer for the health and fitness site DailyBurn Life, said by email. “Tracking [things like] steps, mileage and calories is the first step to success, but a cute little device definitely won’t do the hard and unsexy work for you.”

Ms. Orlov, who received a FitBit as a gift around the end of 2013 was initially “really psyched” about the app. Soon enough, she realized she was only really looking at her FitBit reports when she knew she’d been particularly active.

“It was a confirmation bias of sorts,” she noted. “I’d feel great on the days when I racked up a lot of steps, but on a normal ‘commute and sit all day’ Wednesday, I wouldn’t really look at my step count.”

So the FitBit was a nifty accessory when Ms. Orlov had already decided, on her own, to be active, but it didn’t spur her to run every day.

“You have to tap into something internal to really commit to changing your routine,” she said.

That “something internal” is called intrinsic motivation. As opposed to motivation from external sources—like seeing a friend’s Crossfit selfies on PumpUp, or how many steps your coworkers tracked with FitBits—intrinsic motivation comes from within. Without it, no amount of glitzy technology is going to move you off the couch.

“People who can’t intrinsically motivate themselves and keep themselves active are much less likely to stay active,” said Ms. Garber of Columbia.

“You’ve actually got to enjoy the process [of exercising],” Cory Labanow, an ultra-marathoner who recently ran a 50-miler in Washington D.C., told the Observer.

When it comes to technology, Mr. Labanow only uses MapMyRun, an app that tracks your strides and produces a geographical map of your route when you’re finished your run. Like Ms. Orlov, Mr. Labanow uses technology as an accessory to a pre-existing fitness routine; he doesn’t rely on it as motivation.

If you don’t enjoy the exercise itself, “you’ll run for a week and be bored of it,” Mr. Labanow said—no matter how many gadgets you have. 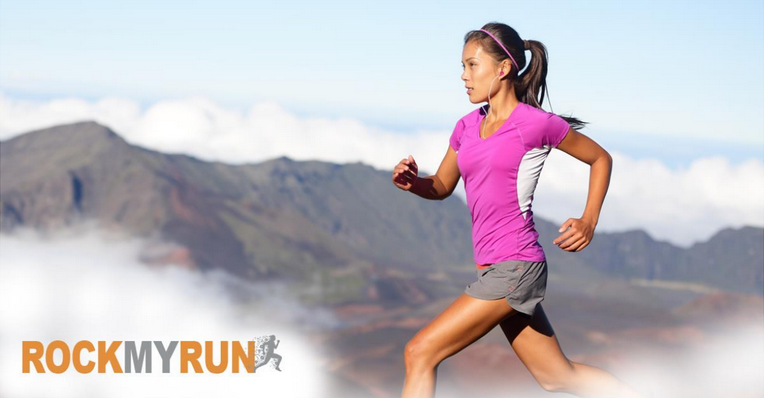