A whopping 63 percent of the 639 voters polled statewide said members of the State Senate and Assembly should not get a bump in their salaries, which start at $79,500 a year. Just 28 percent said yes.

The poll showed 55 percent of Democrats, 70 percent of Republicans, 66 percent of independents, 56 percent of New York City and suburban residents and 74 percent of upstaters viewing the increase unfavorably. The survey indicated similarly high disapproval numbers among all ethnicities, genders and religious groups.

According to a recent New York Post report, negotiations are underway between Gov. Andrew Cuomo, State Senate Majority Leader Dean Skelos and Assembly Speaker Sheldon Silver that would give Albany lawmakers—who have not received a raise since 1999—more money per annum than New York City council members, who earn at least $112,500 each year. Mr. Cuomo has said he hopes to tie the pay raise to concessions on campaign finance reform.

The Siena poll indicated that much of the public is unaware of these dealings, with 31 percent saying they have heard little about it and 39 percent saying they have heard nothing at all. Most people give both houses of the legislature low marks, with the Assembly enjoying just a 39 percent favorability rating, and the State Senate doing only slightly better, with 41 percent of all people approving of the body’s performance. The poll suggested little difference among Democrats and Republicans in their opinion of Albany, and the numbers are much the same as they were in the last poll in December.

Mr. Cuomo fared better, with a 58 percent approval rating—pulling 73 percent with Dems and 41 percent with GOPers—though only five percent would pick him for president among a field of likely Democratic candidates.

New Yorkers are divided on the hot button issues, with 38 percent opposing harvesting natural gas upstate through hydraulic fracturing—a controversial method of pumping a pressurized mix of and solvents into shale bedrock—and 35 percent supporting it. Mr. Cuomo decided to ban the practice earlier this week, citing a study indicating it could contaminate groundwater.

A full 50 percent of residents polled are against the DREAM Act, which would grant state college tuition assistance to undocumented immigrants, while 42 percent support it. The bill shows the sharpest partisan divide, with 60 percent of Democrats in favor of it and 85 percent of Republicans opposed.

The Siena survey showed 55 percent of New Yorkers disagree with a Staten Island grand jury’s decision not to indict NYPD Officer Daniel Pantaleo in the death of black civilian Eric Garner—down from 65 percent a week ago. Fifty percent support the United States Department of Justice’s decision to get involved, while 58 percent want the governor to grant New York Attorney General Eric Schneiderman’s request that his office handle future cases of alleged police misconduct, rather than letting them fall to local district attorneys like Staten Island’s Daniel Donovan. 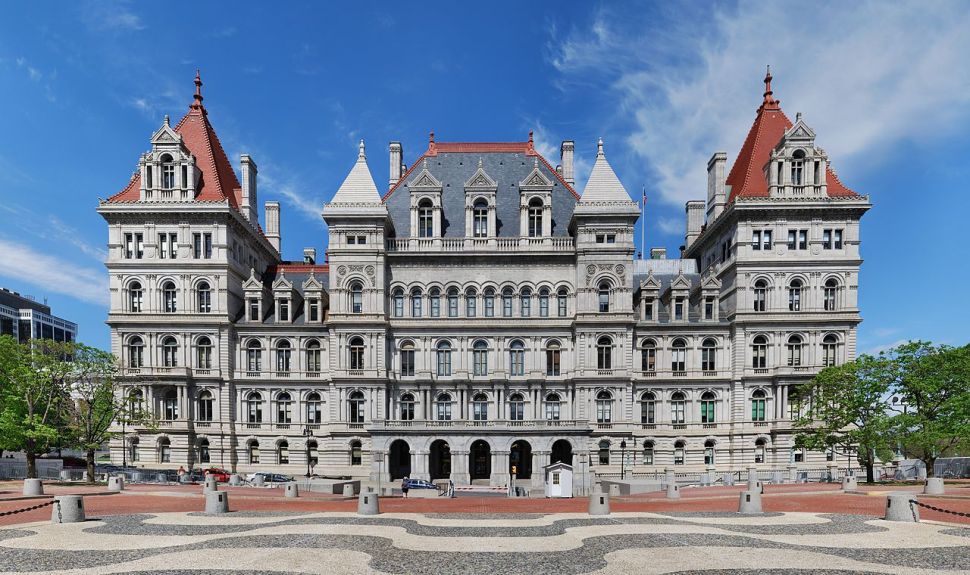