As Gov. Chris Christie prepares to launch his campaign for the presidency, let us look back at some of those other Jersey guys who either ran for the White House or found themselves on a national ticket as a candidate for vice president, or in the mix for a VP nod.

When you just look at wins and losses, New Jersey’s competitors at the national level don’t offer the most distinguished record.

But that doesn’t make it any less interesting…

The Setup: Born in Newark, Burr like so many others who fled the swamps of their home turf for the Empire State sewed his political seeds in New York after Revolutionary War service, where he served as a member of the New York General Assembly and later became vice president under Thomas Jefferson.

The Outcome: He killed a guy – Alexander Hamilton, to be precise, America’s former Treasury Secretary. Burr did serve as vice president, but Jefferson signaled that he wanted the fidgety VP off the 1804 re-election ticket, sparking Burr’s unsuccessful bid for governor of New York, where the ill-starred Hamilton went out of his way to campaign against him.

The Setup: With apologies to the Keans and Paynes, this scion of New Jersey’s most famous political family was mayor of Newark and a United State senator before running on the Whig ticket as Henry Clay’s vice presidential running mate in 1844.

The Outcome: Clay and Frelinghuysen lost to Democrats James K. Polk and George M. Dallas 49.5 to 48.1%. Frelinghuysen helped deliver New Jersey to the Whigs that year.

The Setup: The North was fighting to preserve the union and in the process free the slaves, but New Jersey Democrats and assorted Copperheads apparently didn’t think that was a very good idea, as they put up reluctant battlefield General George McClellan to run against the legendary Abraham Lincoln. McClellan sealed the 1864 nomination at the Democratic convention in Chicago.

The Setup: He was born here, in Caldwell, otherwise he wanted nothing to do with New Jersey. New Jersey’s only president spent 1837 to 1841 here. He was kind of like the John Travolta of the 19th Century: born and raised in New Jersey and, for the purposes of powerful mixed company, a diehard New Yorker. The Democratic sheriff of Erie County, Cleveland served as mayor of Buffalo and governor of New York.

The Setup: The ultimate New Jersey guy – born in Long Branch, raised in Marlboro, came of age professionally in Paterson,

Republican attorney Hobart was the youngest ever Speaker of the New Jersey General Assembly, elected to the post at age 30 in 1874. Highly respected in Republican circles, he was well anchored in national politics as a party delegate and his stock rose after he successfully managed the 1895 Republican gubernatorial campaign of John Griggs.

The Outcome: William McKinley tapped Hobart as his running mate for the 1896 presidential campaign on the strength of the former speaker’s record of Republican Party-building in New Jersey – the state that, after all, had put up George McClellan against Abe Lincoln. Hobart put New Jersey in the Republican column that year, and McKinley and Hobart won, defeating Democrats William Jennings Bryant and Arthur Sewall 51 to 46.7%. Hobart died in office in 1899 at the age of 55.

The Setup: Born in Virginia, the Rush Holt lookalike transplanted to Princeton University, where he served as college president before becoming the 34th governor of New Jersey.

The Outcome: Wilson served for two years as governor before he made a quick exit for the White House and won a four-way contest for the presidency. The 1912 results: Wilson 41.8%; former President Teddy Roosevelt (Progressive Party) 27.4%; former President William Taft (Republican Party) 23.2%; and Socialist Eugene V. Debs 6%.

The Setup: First of all, thank you to NA Today for the reminder about the Bayonne congressman’s status in 1964 as a possible vice

The Outcome: At the 1964 Democratic Convention in Atlantic City, Johnson zigzagged away from the home grown Garden State choice to Minnesota, where two senators competed for his attention: the junior Eugene McCarthy and veteran Hubert Humphrey. Johnson ultimately went with Humphrey and the incumbent Democratic ticket beat Barry Goldwater in the general election. But Johnson still loved Gallagher. Embittered at not being selected, McCarthy ran against Johnson in 1968, but was beaten for the nomination by Humphrey.

The Outcome: Hughes lost a bid for the vice presidency to rising star Muskie after a threatening phone call. When he learned Hughes was in the mix, Texas Governor John Connally called Humphrey and served notice: Hughes was not happening. As chairman of the credentials committee, the New Jersey governor seated African American delegate Julian Bond next to Ax handle-wielding madman Lester Maddox, throwing Georgia and the south into a tailspin. Humphrey and Muskie narrowly lost the general election to Republicans former Vice President Richard Nixon and Maryland Governor Spiro Agnew 43.4-42.7%. When his step son Michael Murphy asked his father if he would again seat Bond if he had it to do over, Hughes said, “Yes, you do the right thing and move on.”

The Setup: Running on a flat tax platform, the Republican publisher from Morris County campaigned in both the 1996 and 2000

The Outcome: He lost. In 1996, he came in third with 11.1% of the vote behind nominee Bob Dole and second place finisher Pat Buchanan. In 2000, when George W. Bush won the Republican nomination for president, Forbes withdrew from the contest early and backed eventual loser John McCain.

The Setup: As the keynote speaker at the 1988 Democratic convention, the senator from New Jersey, a former NBA basketball star, looked poised for a 1992 presidential run.

The Outcome: Like many others fearful of President George Herbert Walker Bush’s poll numbers in the aftermath of Desert Storm, Bradley stayed away from a challenge. Little known Arkansas Governor Bill Clinton defeated Bush and planted himself in the White House for eight years. Having missed his moment, Bradley tried to run for the Democratic nomination in 2000 and got run over by Vice President Al Gore. 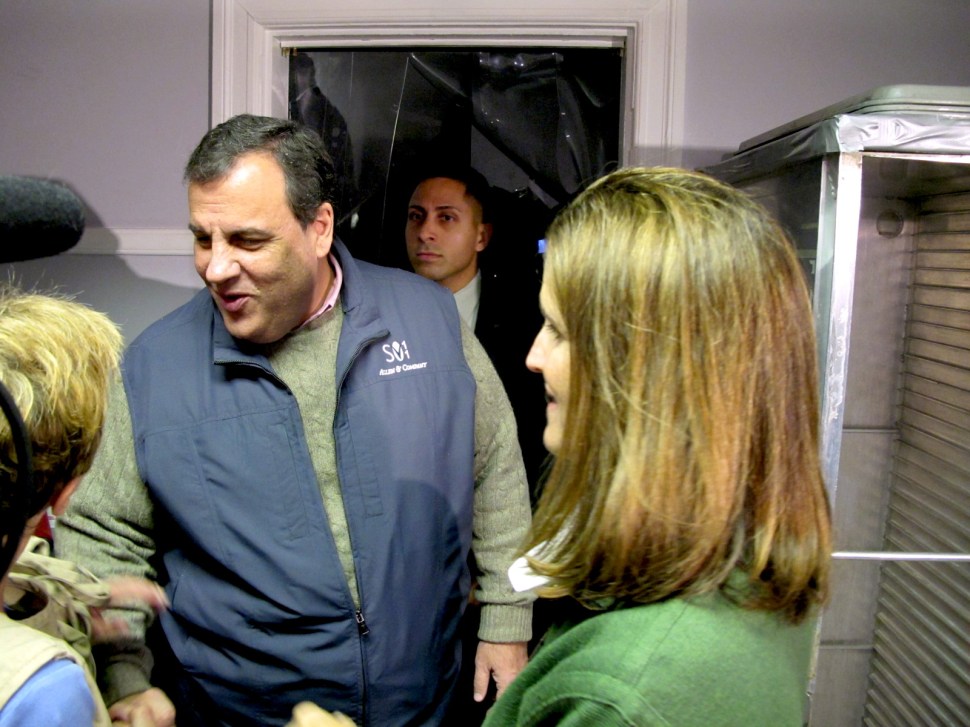 The Setup: The former U.S. Attorney threw Jon Corzine out of office, and was re-elected by a strong margin in 2013, proving how a Republican can win in a blue state. At the end of 2014 and following his successful service as chairman of the Republican Governors Association (RGA), he prepared himself to enter the 2016 race for the Presidency of the United States. 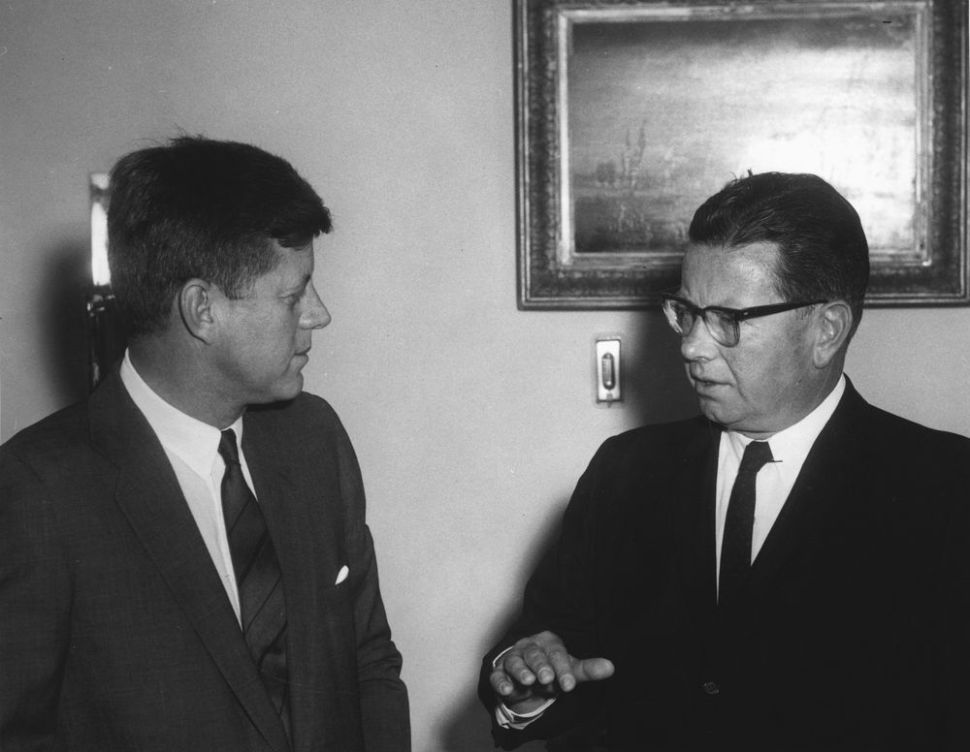